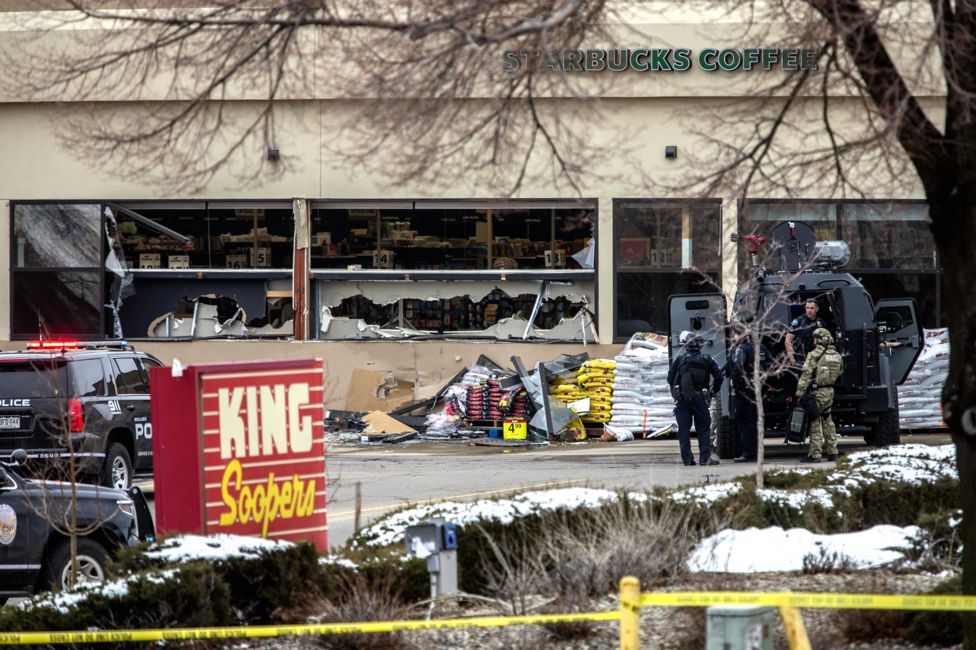 A gunman has killed 10 people, including a police officer, following an hours-long stand-off at a grocery market in the US state of Colorado, BBC reports.

The attack in Boulder ended with police detaining an injured, shirtless suspect at the King Soopers market.

The shooting was live-streamed by witnesses and broadcast on YouTube.

The incident began at about 14:30 local time (20:30 GMT) on Monday when the suspect entered the supermarket and began firing.

About 20 minutes later, the Boulder police department tweeted that there was an "Active Shooter at the King Soopers on Table Mesa" street.

Police again warned people to avoid the area in a further tweet about two hours later. "Do NOT broadcast on social media any tactical information you might see," the tweet added.

The names of the other victims will not be released until relatives have been informed.

On Twitter, Colorado Governor Jared Polis said: "My prayers are with our fellow Coloradans in this time of sadness and grief as we learn more about the extent of the tragedy."

President Joe Biden has been briefed about the shooting.

Last month, Mr Biden said he would be recommending tougher legislation to ensure background checks on anyone wishing to purchase a firearm.