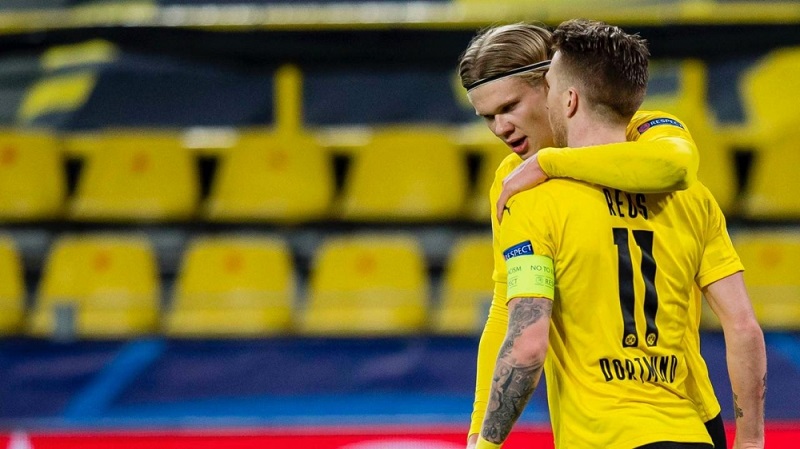 Borussia Dortmund's Norwegian star Erling Haaland carried his team to the UEFA Champions League quarterfinals, scoring a brace in a match Tuesday against Sevilla that ended 2-2, according to Anadolu Agency.

Germany's Dortmund proceeded to the next stage in the Champions League despite the draw in the Round of 16 second leg at Signal Iduna Park.

Dortmund won 5-4 on aggregate as the club previously beat Sevilla 3-2 in the first leg at Ramon Sanchez-Pizjuan Stadium in Seville.

The Champions League said on Twitter that Dortmund star Haaland, 20, has become the youngest player to score 20 goals in the tournament’s history.

Haaland was named the player of the match.

Portuguese club Porto fought hard against Italian powerhouse Juventus to qualify for the quarterfinals in the Champions League.

On Tuesday, Juventus won the second leg 3-2 against a 10-man Porto in Turin, but Porto marched to the next stage, winning 4-4 on aggregate thanks to the away goals rule.

Juventus leveled the tie as regular time in Italy ended 2-1.

Porto had won the first leg 2-1 on their home ground, Dragao Stadium.

Juventus have been eliminated from the Champions League.

The draw for the Champions League quarterfinals will be held on March 19.