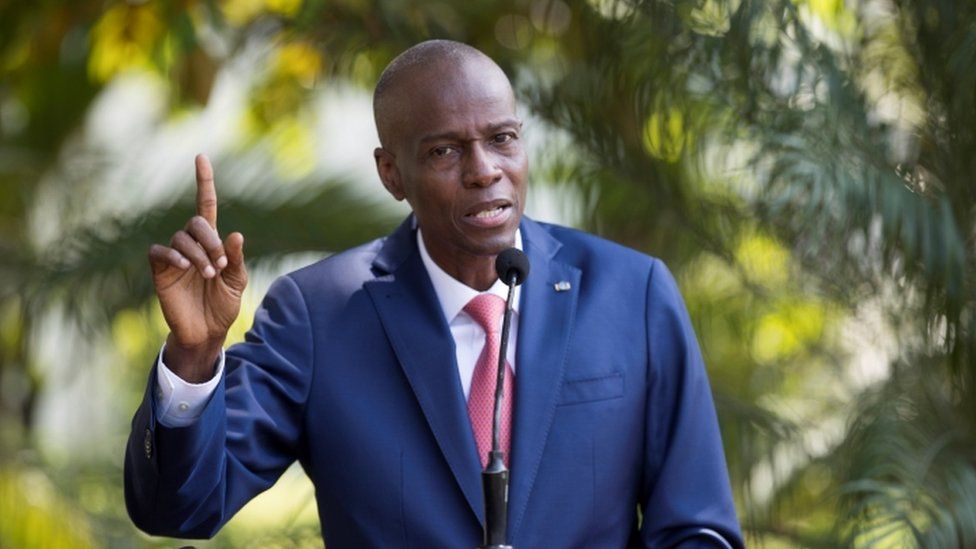 Haiti's President Jovenel Moïse has been killed in an attack on his home in the nation's capital, according to the country's interim prime minister, BBC reported.

The First Lady was reportedly also injured in the attack.

Mr Joseph said that "all measures had been taken to guarantee to continuance of the state".

Jovenel Moïse, 53, had been in power since February 2017, after his predecessor, Michel Martelly stepped down.

Mr Moïse's time in office was rocky as he faced accusations of corruption and was challenged by waves of often violent anti-government protests.

There were widespread protests in the capital and other cities earlier this year, as people demanded his resignation.

Haiti's opposition said that Mr Moïse's five-year term should have ended on 7 February 2021, five years to the day since Mr Martelly stepped down.

Mr Moïse, however, insisted he had one more year to serve as he did not take office until 7 February 2017.

The year-long delay was caused by allegations of electoral fraud which eventually saw the result of the 2015 election being annulled and fresh polls being held, which were won by Mr Moïse.