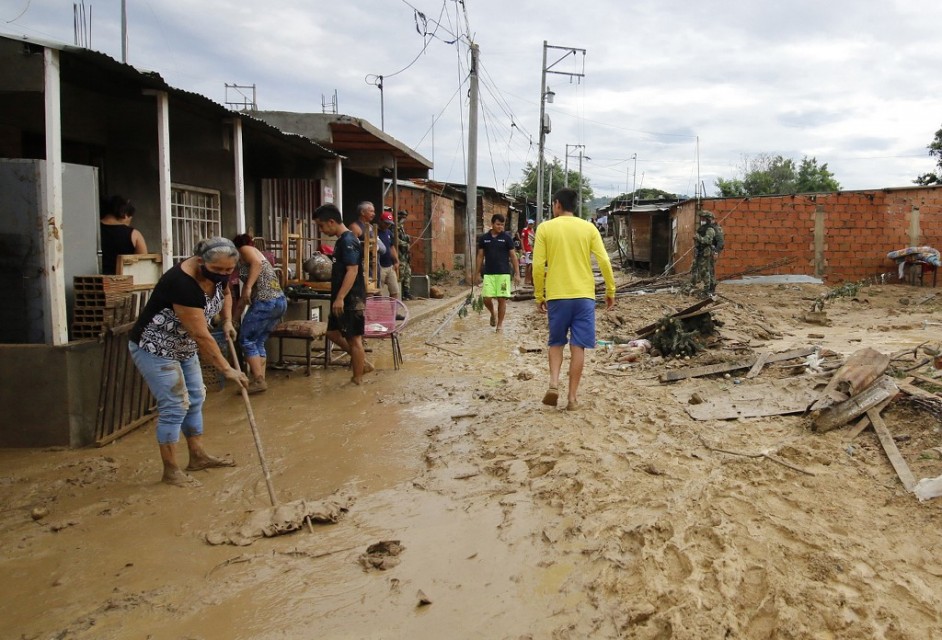 A ravine near the city of Cucuta had overflowed and caused flooding "that devastated everything in its path," the South American country's disaster risk agency said.

More than 200 nearby homes, mostly in poor neighborhoods, were damaged.

The flooding brings the death toll from more than two months of torrential rains ravaging Colombia to 27, with thousands of people flooded out of their homes.

The government said 26 of Colombia's 32 departments have been affected by the rains, responsible for 154 separate flooding events, 143 landslides and 56 tornados.

Authorities link the catastrophic rains to the climate phenomenon known as "La Nina," which is characterized by a cooling of waters in the central Pacific Ocean.