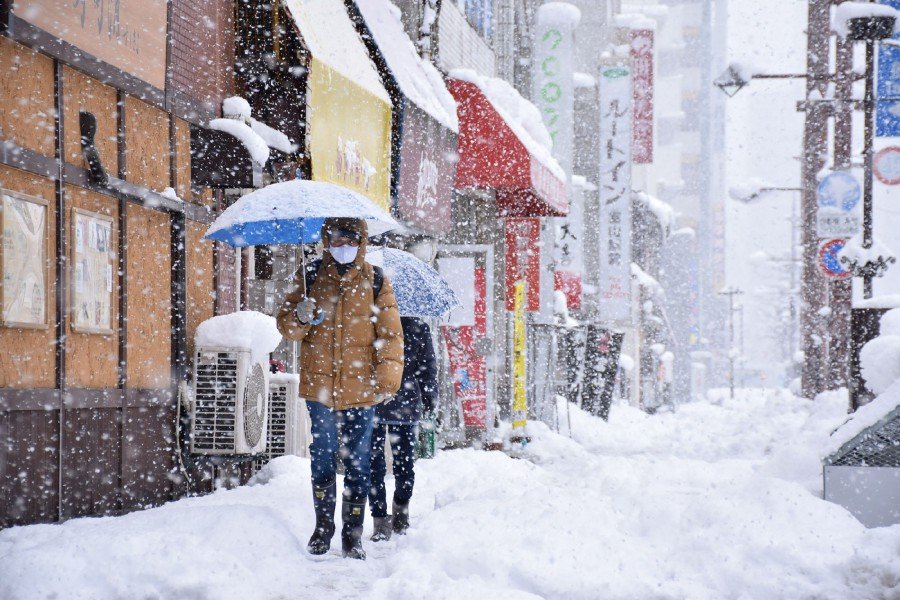 More than 3,200 households have been left without power in the region, according to Kansai Electric Power, as officials warned more snow was forecast overnight.

No injuries or deaths due to the freezing weather have yet been confirmed, government spokesman Hirokazu Matsuno said.

"A strong winter pressure pattern is causing heavy snow, mainly along the Sea of Japan side of the country from northern to western Japan, with some areas experiencing record snowfall," Matsuno said.

"The amount of snow is expected to increase tomorrow... increased caution and vigilance are still required."

A major road in the Shiga region was closed "due to stranded vehicles", Matsuno said, with TV footage showing long lines of stationary cars that later began to move.

The traffic snarl-up reportedly began when a truck slipped near Hikone city, where 68 centimetres (26 inches) of snow fell in 24 hours to this morning -- 30 times deeper than average -- according to public broadcaster NHK.

Nearly 200 passengers were snowed in overnight on a local train line in the region, NHK said.

One picture from a train carriage posted on Twitter showed a huge pile of fresh powder between two open doors as a station lamp illuminated snowflakes against the night sky.

Around 130 domestic flights were cancelled on Sunday due to the snow, Jiji Press said, with NHK reporting some 50 cancellations on Monday.