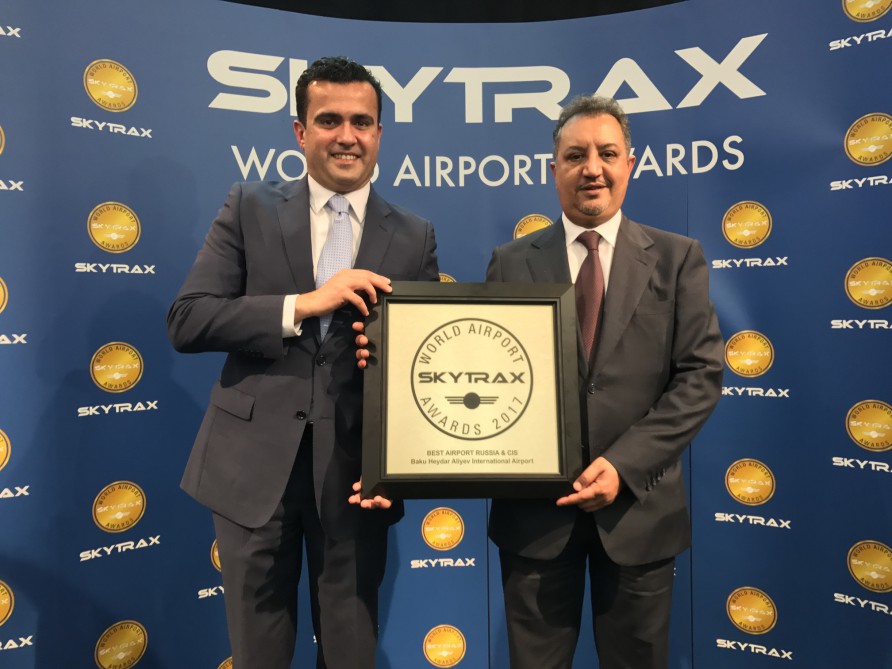 Heydar Aliyev International Airport has been awarded the prestigious Skytrax World Airport Awards, according to AzerTag.

Baku Heydar Aliyev Airport is named the best airport among airports of Russia and CIS countries for the level of the provided services.

The solemn awarding ceremony was held in Amsterdam on March 14.

The World Airport Awards are the most prestigious accolades for the airport industry, voted by customers in the largest, annual global airport customer satisfaction survey. The Skytrax World Airport Survey is widely regarded as the quality benchmark for the world airport industry, assessing customer service and facilities across 550 airports. The survey and awards are independent of any airport control or input and are therefore an impartial benchmark of airport excellence and quality.

The 2017 Awards are based on 13.82 million airport survey questionnaires that were completed by 105 different nationalities of air travellers during the survey period. The survey operated from July 2016 to February 2017, covering 550 airports worldwide and evaluating traveller experiences across different airport service and product key performance indicators - from check-in, arrivals, transfers, shopping, security and immigration through to departure at the gate.

In 2015 Heydar Aliyev International Airport received Skytrax's prestigious"4 Stars" rating and once again confirmed its compliance with this high level. To date, only 37 airports in the world have been awarded this rating.