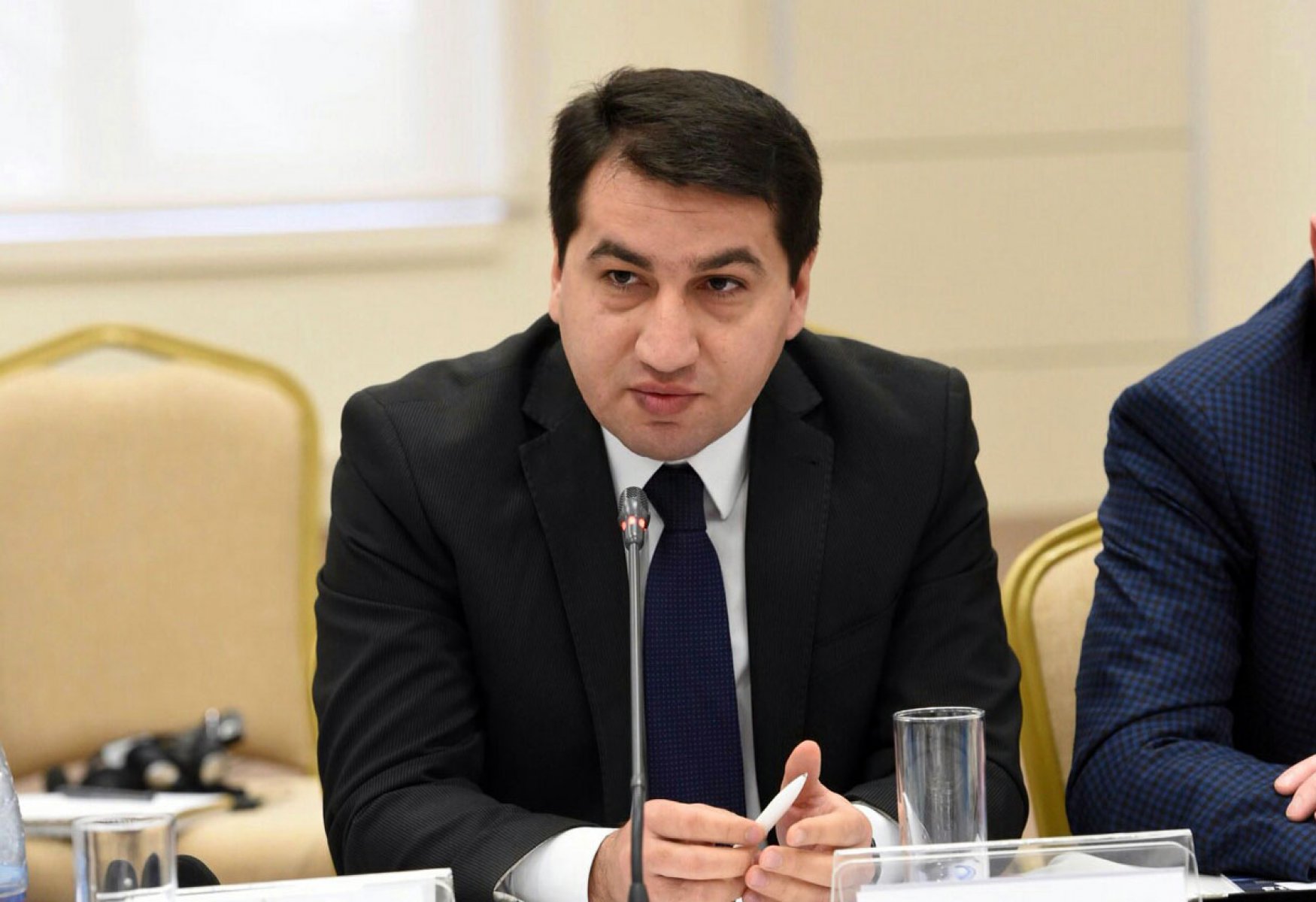 News.Az reprints from APA an interview with Hikmat Hajiyev, Spokesman for Azerbaijan’s Ministry of Foreign Affairs.

What would you say about the remarks Armenian Foreign Minister Edward Nalbandian made at the joint press conference with his Estonian counterpart?

It seems that the Armenian Foreign Ministry does not have the foggiest idea of what the Helsinki Final Act and UN Security Council resolutions are or they deliberately distort the Helsinki Final Act and the Charter of the United Nations in a bid to deceive the Armenian people. No one has the power to distort the resolutions of the UN Security Council. The UN Security Council Resolutions 822 (1993), 853 (1993), 874 (1993), 884 (1993), which form the principal basis for the resolution of the conflict, condemn the use of force against Azerbaijan and the occupation of the Azerbaijani territories, reaffirming the country's sovereignty, territorial integrity and the inviolability of its internationally recognized borders. These resolutions emphasize the inadmissibility of any attempt to change internationally recognized borders by use of force. The aforementioned UN Security Council resolutions recognize the Nagorno-Karabakh region as an integral part of Azerbaijan and calls for an immediate, complete and unconditional withdrawal of Armenian troops from Azerbaijan’s occupied territories.

It would be more than enough to simply remind the Armenian foreign minister of the state-level statements made by the OSC Minsk Group co-chairs in Hacqueville on 10 July 2009 and in Muskoka on 26 June 2010. These statements call for the return of Nagorno-Karabakh and the seven surrounding districts as the initial phase based on the elements worked out on the basis of the Helsinki Final Act. The first item of the updated Madrid Principles, which presuppose a step-by-step solution to the conflict, also consists of this. The essence of the St. Petersburg meeting and document on the negotiating table also consists of this. Though Armenia is required to withdraw its troops from the occupied Azerbaijani territories, the country stills ignores it and does not hesitate to distort the statements made at the level of presidents of the OSCE Minsk Group co-chairing countries.

During the Moscow meeting, Armenia’s foreign minister said that there are no substantive talks on existing proposals. What do you think of these remarks?

Armenia has particular fear of phrase ‘substantive talks’. Despite the repeated calls of the Minsk Group co-chairs and the UN secretary general for the beginning of substantive talks, the Armenian foreign minister always tries to avoid using this phrase. Thus, substantive talks envisage the change of the status-quo, which the co-chairs consider inappropriate and comprehensive measures, including withdrawal of the Armenian troops from the Azerbaijani territories. Speaking on behalf of the OSCE Minsk Group co-chairs, the Armenian foreign minister has already begun speaking on behalf of the Russian Foreign Ministry. Nalbandian knows better why he went to Moscow on April 26. However, we can say that the proposals on the negotiation table were discussed at the ministers’ meeting in Moscow on that day. It is ridiculous that the Armenian foreign minister said at the Moscow meeting that he was preparing the press release which consists of only a few sentences.

Armenia’s Foreign Ministry, with such unserious and useless statements, undermines the negotiation process. Instead, Armenia’s constructive participation in substantive talks could serve to resolve the conflict and ensure sustainable peace in the region.