Holding Teknofest in Azerbaijan to increase interest of youth in technologies, minister says 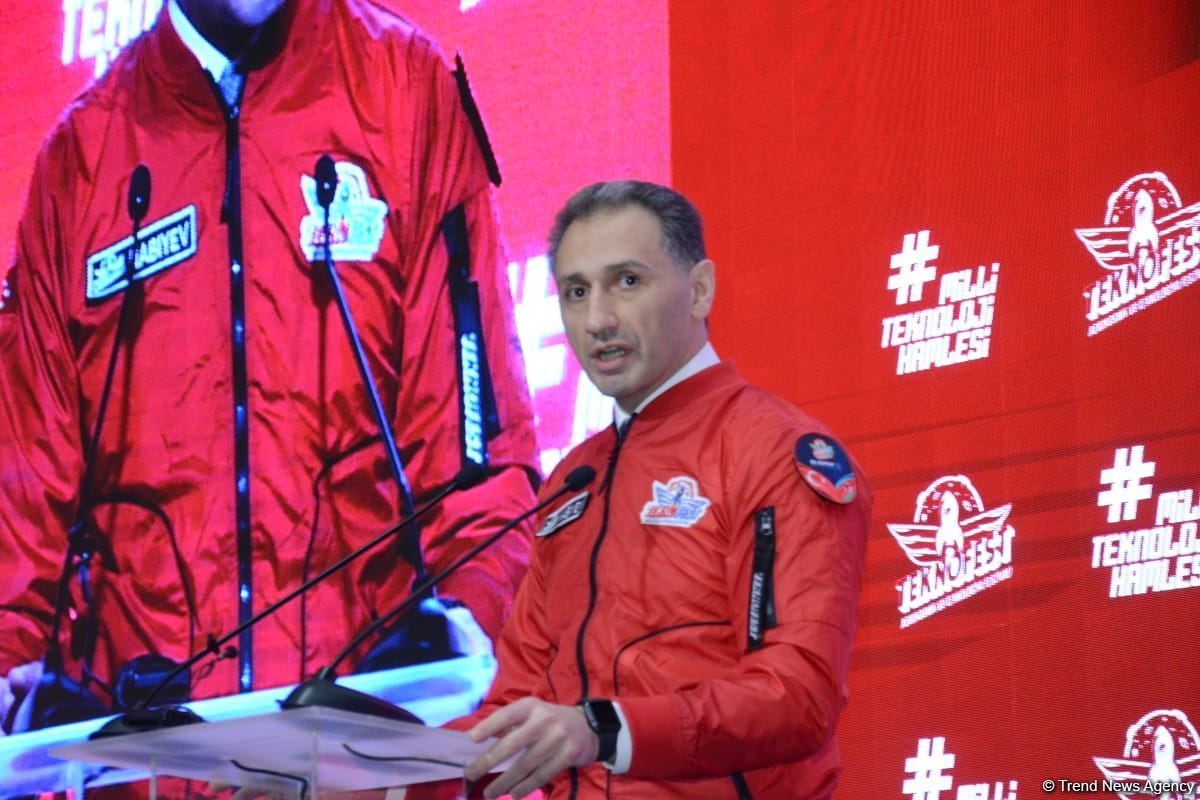 Teknofest Aerospace and Technology Festival contributes to the technological map of the world, Azerbaijan’s Minister of Digital Development and Transport Rashad Nabiyev said at a press conference dedicated to Teknofest Azerbaijan, News.Az reports.

“The fact that this festival will be held for the first time outside of Turkiye, in Azerbaijan testifies to the brotherhood and cooperation between the two countries,” the minister said.

He expressed hope that holding Teknofest in Azerbaijan will contribute to the interest and love of our youth in technologies, adding that young people's interest in technologies is growing thanks to this event.

The upcoming festival will be held in Azerbaijan on May 26-29, 2022. Teknofest in Baku is held by the Ministry of Digital Development and Transport of Azerbaijan. At the same time, the Teknofest production office operates in Baku. The full staff of the office consists of Azerbaijani specialists.

The event has been held annually since 2018, with the joint organization of the Turkish Technology Team Foundation, which is managed by the Turkish Ministry of Industry and Technology and the technical director of Baykar Makina, in partnership with more than 60 Turkish state institutions, universities and private companies.

Azerbaijani Diaspora: Life abroad with an eye on the motherland

Today, Azerbaijani diaspora organizations operate in almost all leading countries. If we do not take into account the factor of several neighboring countries densely populated by Azerbaijanis, it can be attributed to the group of young diasporas.

Today, the country maintains contact with its compatriots abroad through the State Committee for Work with the Diaspora and numerous Azerbaijani embassies in foreign countries. The First Congress of World Azerbaijanis was held in 2001, and the World Azerbaijani Youth Union was established in 2012.

The Azerbaijani diaspora has changed qualitatively in recent years, which was clearly visible during the Second Karabakh War in the fall of 2020.  Azerbaijanis around the world were actively fighting against the Armenian government’s disinformation regarding the war and trying to convey to foreigners the truth about what was happening and its causes.

In general, the Azerbaijani diaspora managed to integrate into the societies of the countries of residence, to become a bridge between the peoples and cultures of these countries with their historical homeland. A considerable part of its representatives made great strides and become active members of the socio-political life. What’s most important is that they always proudly say that they are Azerbaijanis!