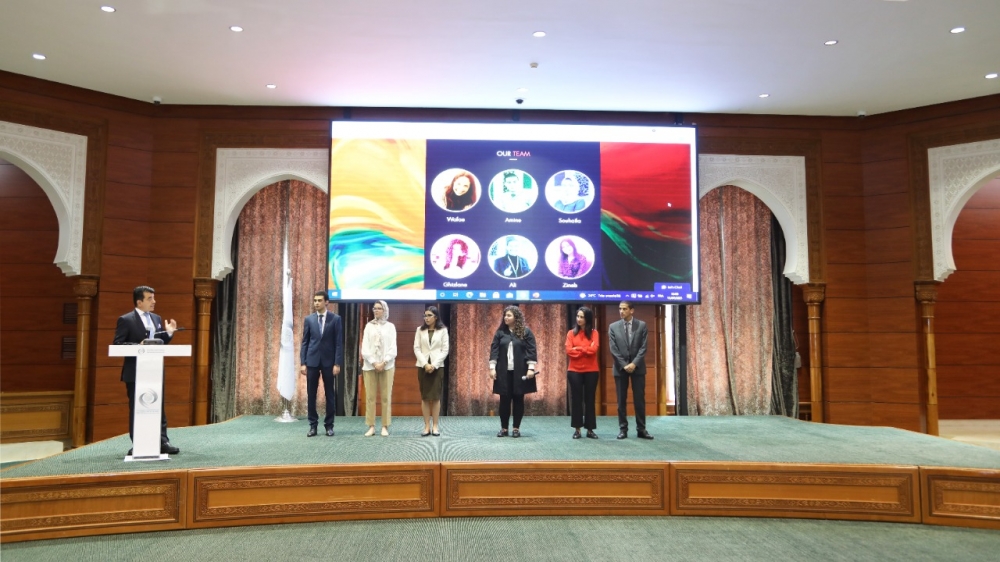 The Islamic World Educational, Scientific and Cultural Organization (ICESCO) launched on Thursday the “ICESCO Network of International Digital Platforms for Culture, Arts and Heritage”. The Network is part of ICESCO’s “Paths towards the Future Program” and aims to promote cultural awareness among young people in the Islamic world through providing artistic, literary, and scientific tools. The Network also aims to build women and young people’s capacities through encouraging cultural entrepreneurship.

ICESCO launched the Network in a meeting that brought together ICESCO leaderships and experts and several young interns at the Culture and Communication Sector, who made presentations on the components of the Network. In his remarks on the presentations, Dr. Salim M. AlMalik, ICESCO Director-General, commended the efforts that both ICESCO leaderships and interns exerted, calling on all parties to continue their work to promote heritage, arts, and literature in the Islamic world. He also stressed the importance of promoting creative cultural industries and heritage handicrafts that most adequately reflect the Islamic civilization and culture.

The ICESCO Director-General expressed his delight at launching such a network, which embodies ICESCO’s new vision in its anticipation of the future, embrace of the protection of the Islamic civilization heritage and promotion of its role in preserving identity and promoting sustainable development.

As for ICESCO Arts Center, the second category, it includes ICESCO Portal for Heritage in the Islamic World, the Virtual Museum, the Virtual Opera House, and the Literature House. It also includes ICESCO Museum for Contemporary Art, and ICESCO Forum Platform, an interactive platform for intellectuals, researchers and creative people across the globe.

These unique digital platforms are the result of the hard work of a host of creative and young ICESCO interns, under the supervision of ICESCO’s experts and leaderships, as part of the Organization’s strategy and plans to train and build the capacities of young people. Under the same strategy, ICESCO launched several leadership incubators to equip young people across the Islamic world with the proper future leadership skills in the fields of education, science and culture.