In Photos: Climate change hits world with extreme weather in 2021 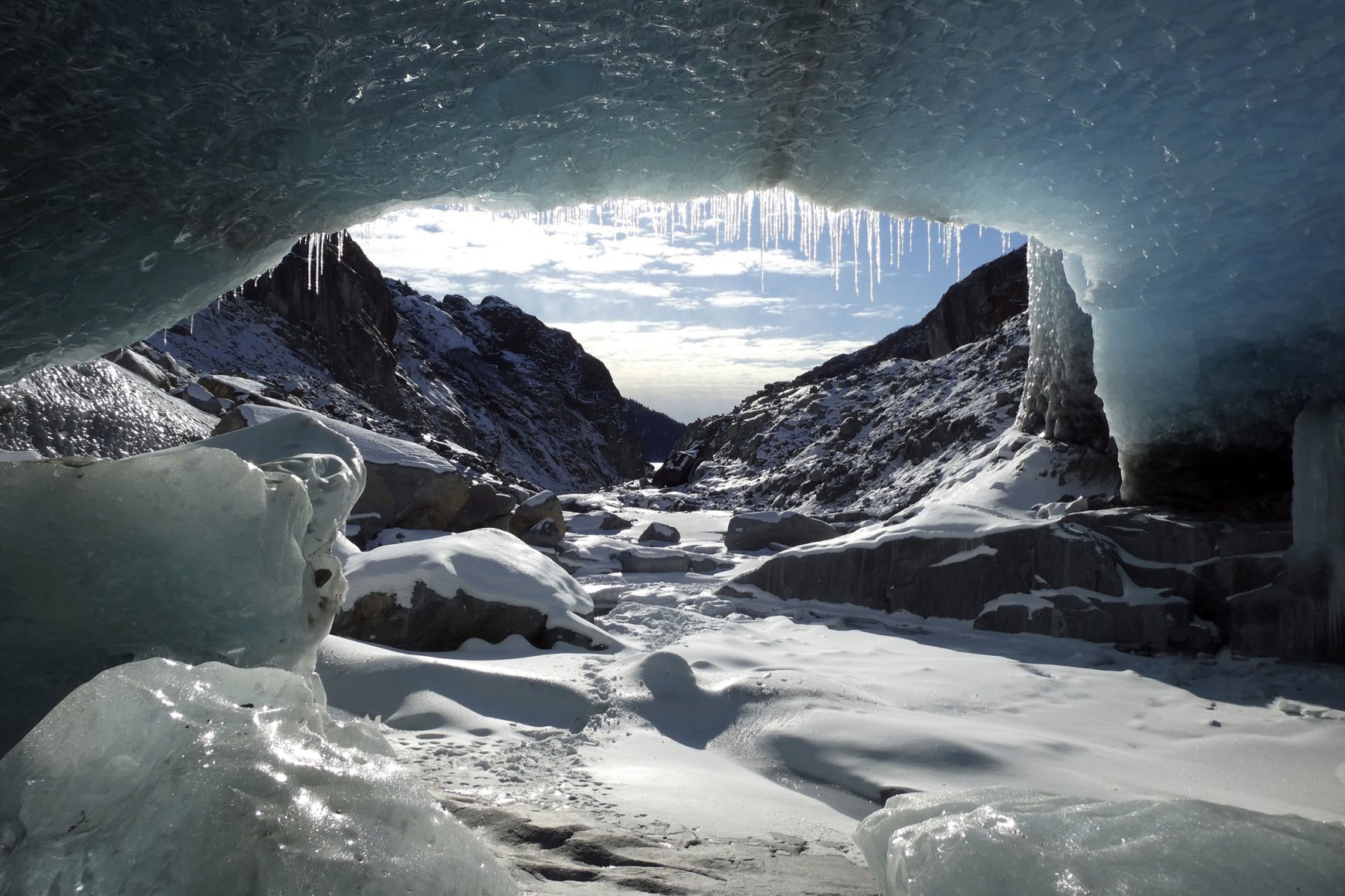 A wide range of natural disasters struck numerous parts of the world this year.

From deadly floods and wildfires to record-breaking rainfall and temperatures, a number of countries have been affected. 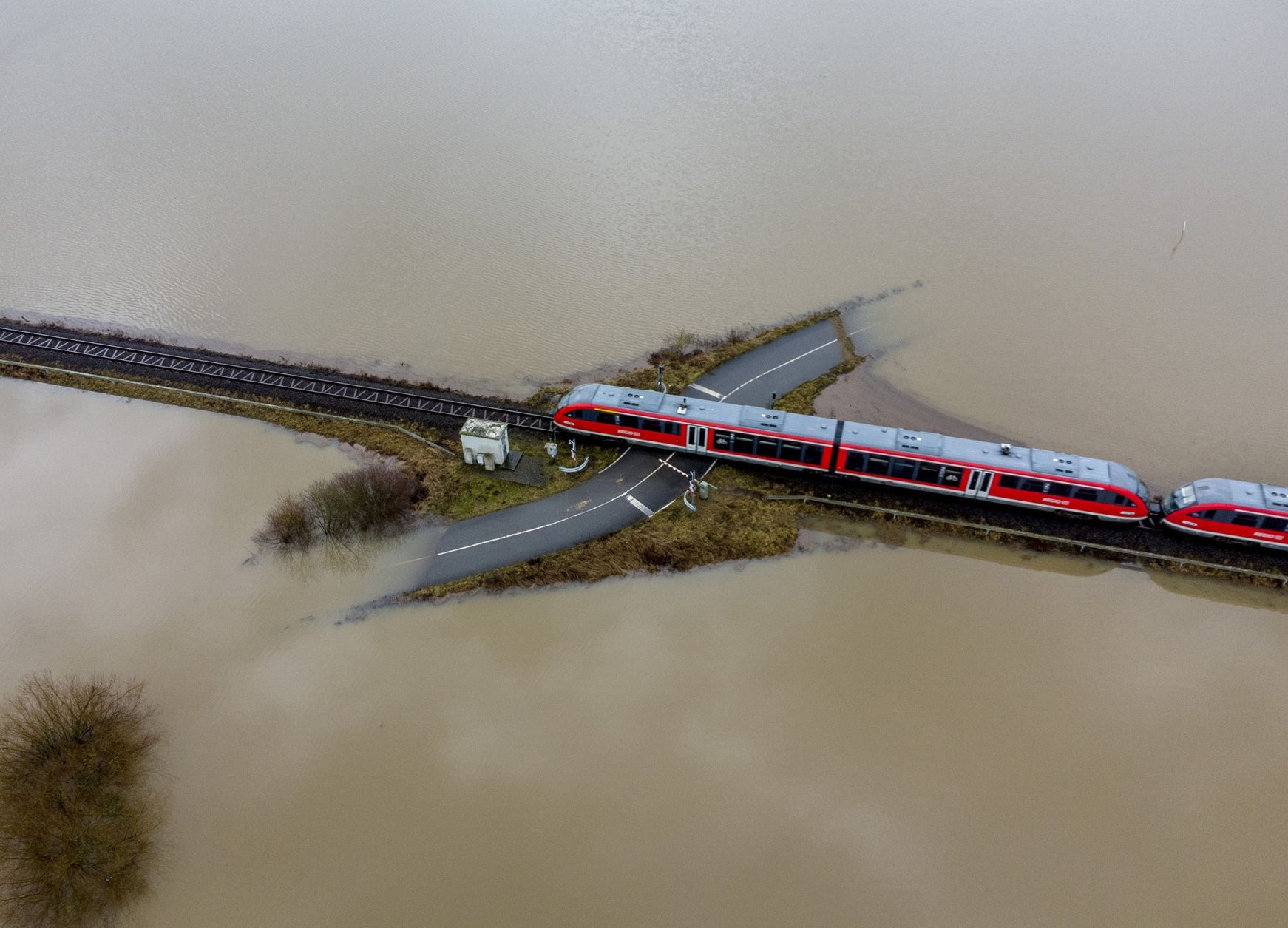 Climate change in 2021 reshaped life on planet Earth through extreme weather. A train passes a railroad crossing surrounded by floodwaters from rain and melting snow in Nidderau near Frankfurt, Germany, Feb. 3, 2021. (AP PHOTO) 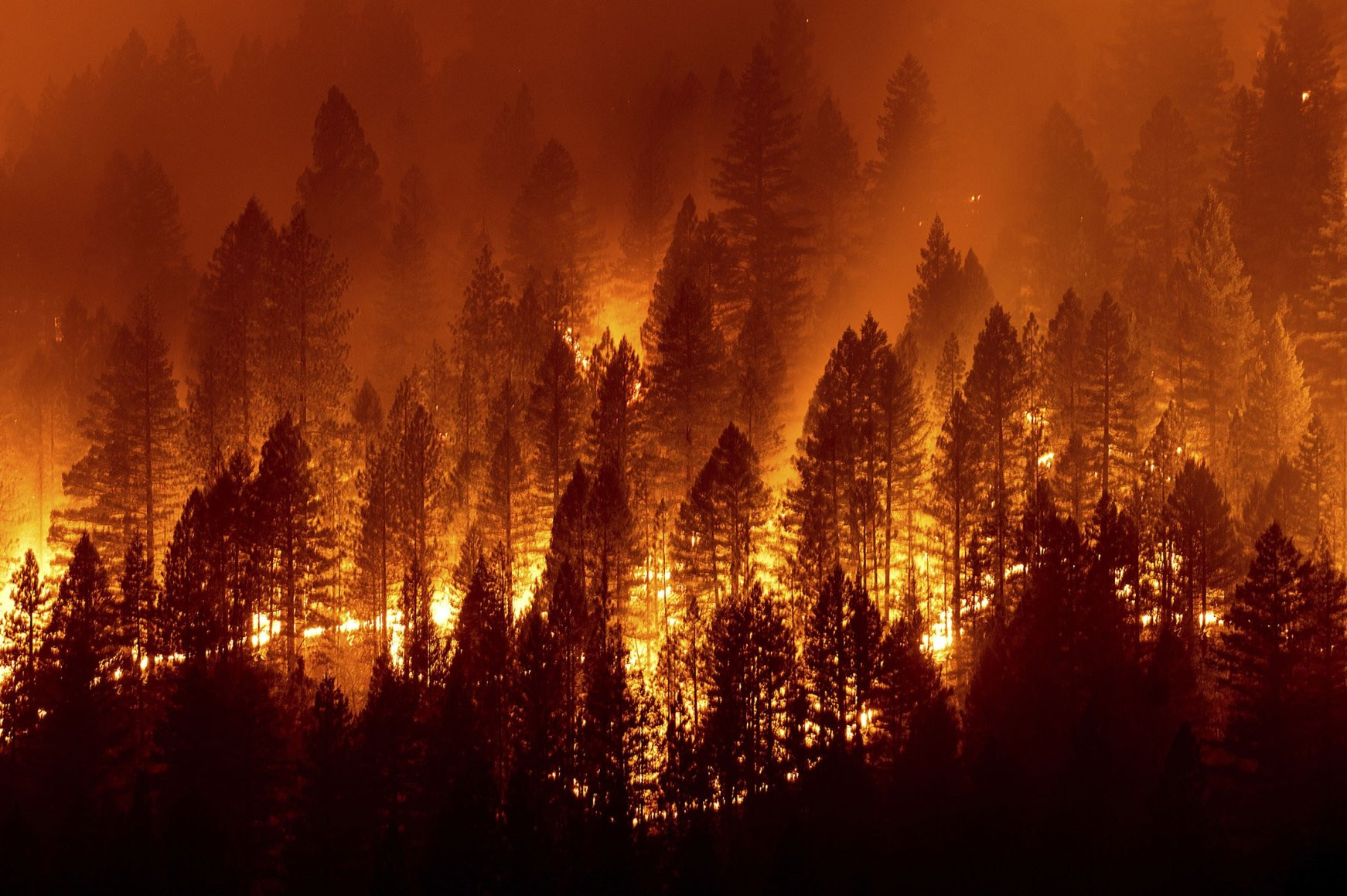 World leaders are gathering in Scotland to try to accelerate the fight to curb climate change. The Dixie Fire burns down a hillside toward Diamond Mountain Road near Taylorsville in Plumas County, California, U.S., Aug. 13, 2021. (AP PHOTO) 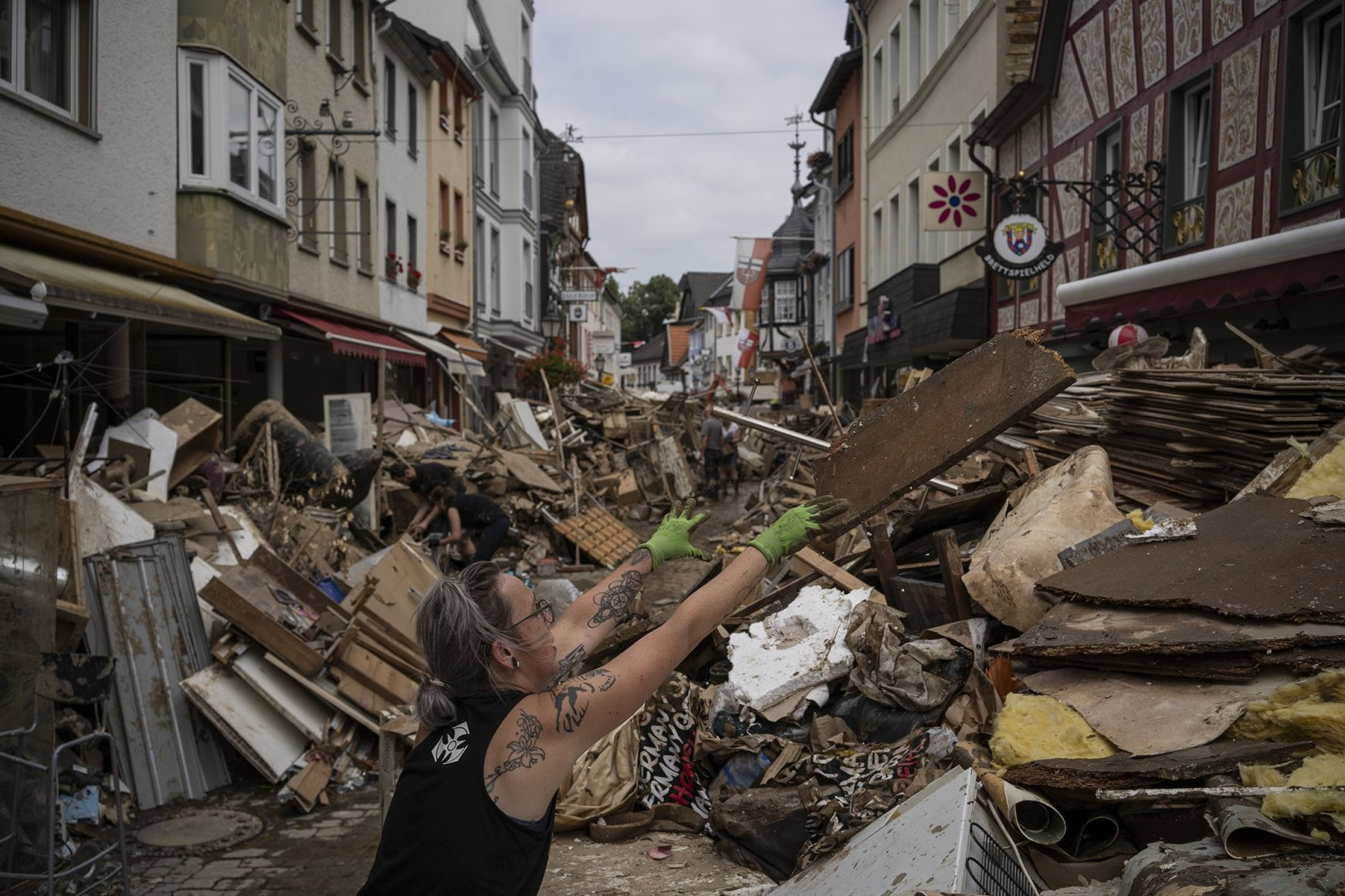 So far, it’s not working, as the world keeps getting hotter and its weather more extreme, scientists and government officials say. A woman throws away rubbish in the center of Bad Neuenahr-Ahrweiler, Germany, July 19, 2021. More than 180 people died when heavy rainfall turned tiny streams into raging torrents across parts of western Germany and Belgium. (AP PHOTO) 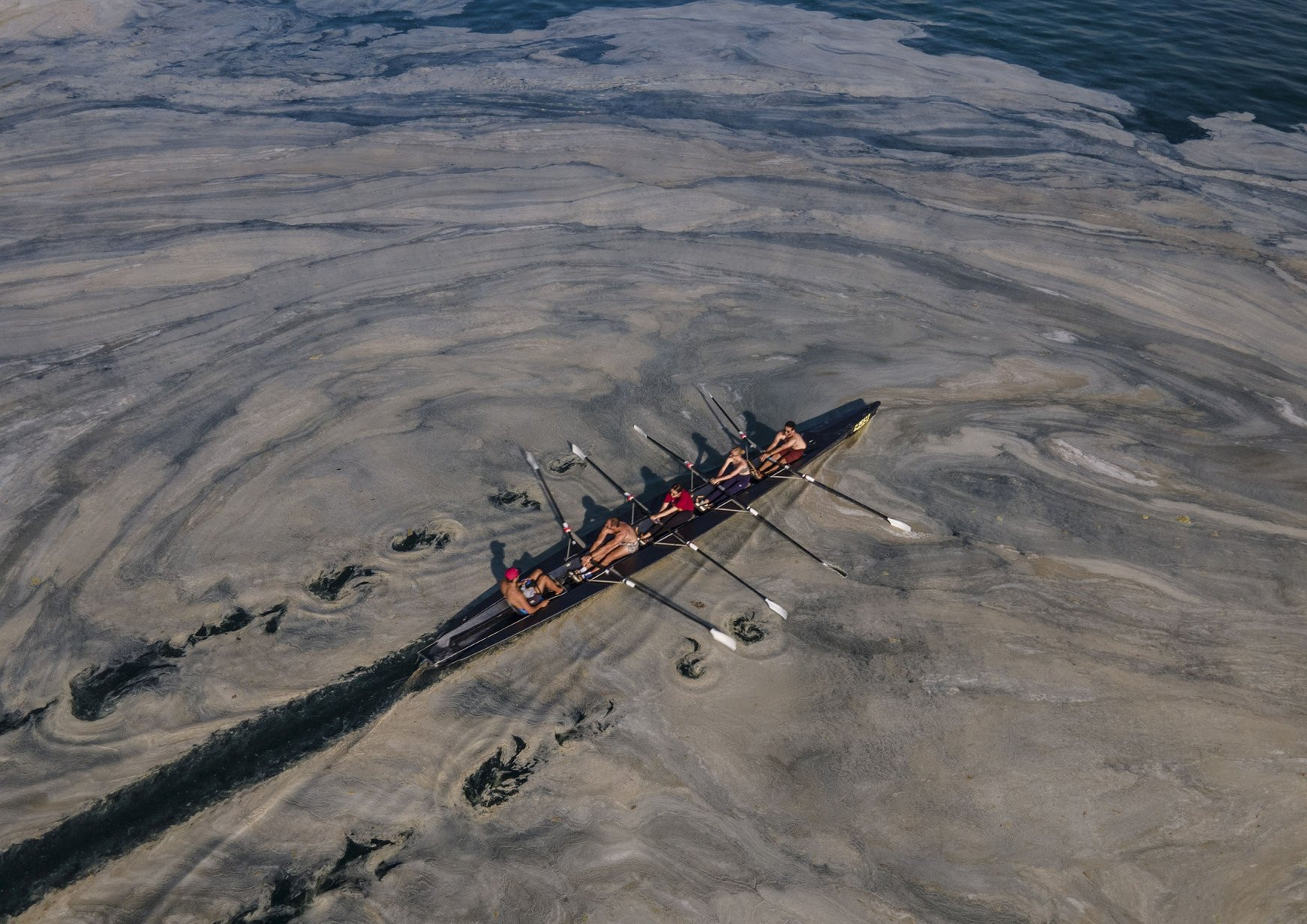 They don’t have to point far back in time or far off for examples. People ride a canoe through "sea snot" in Turkey's Marmara Sea by the Caddebostan shore, on the Asian side of Istanbul, June 8, 2021. Sea snot is a huge mass of marine mucilage, a thick, slimy substance made up of compounds released by marine organisms. (AP PHOTO) 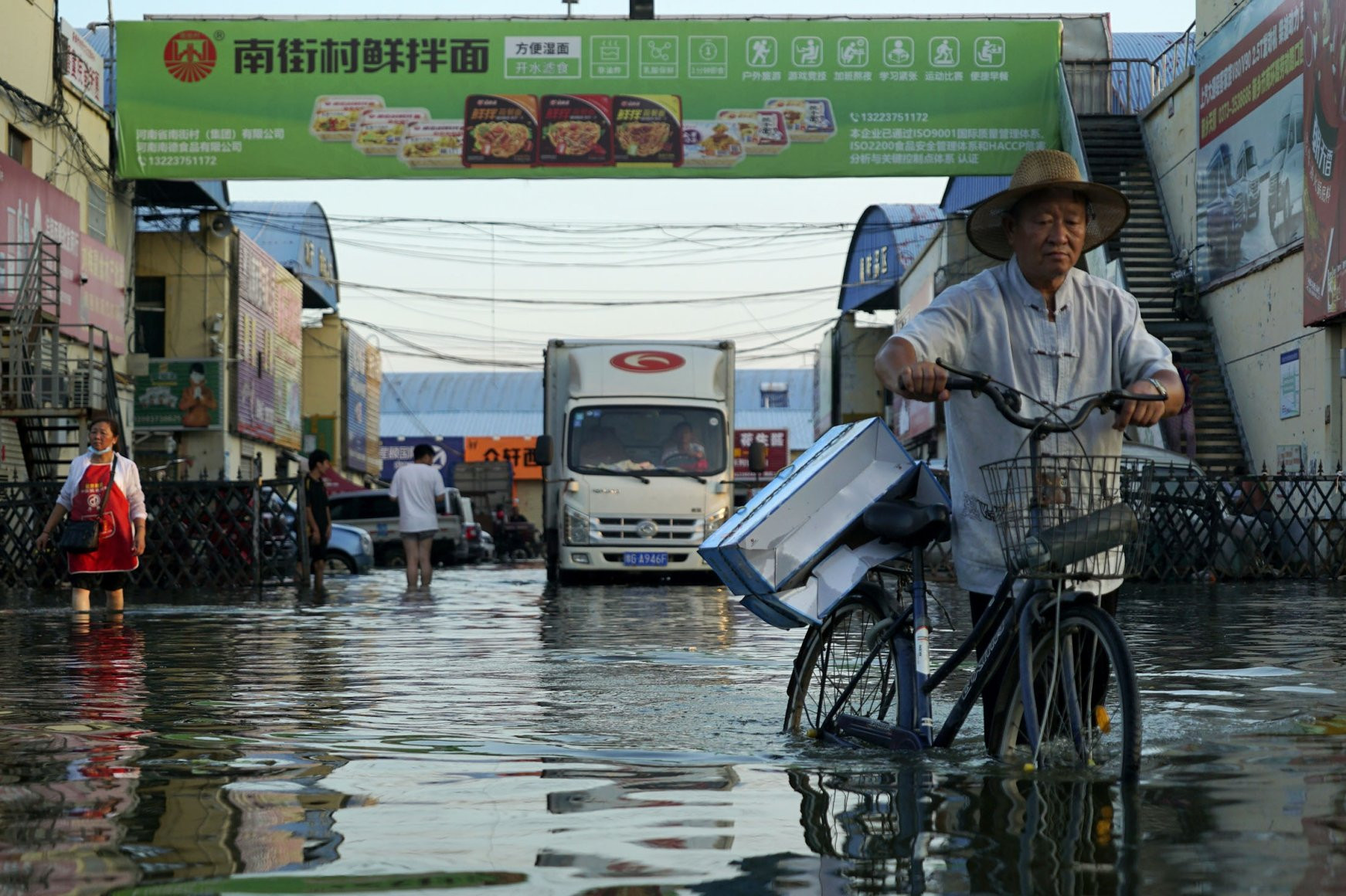 There have been deadly floods in Belgium, Germany, China and Tennessee. Fires blazed in parts of the U.S. West, Greece and even the Arctic. A man carries goods on his bicycle as he walks out of the Yubei Agricultural and Aquatic Products World in Xinxiang in central China's Henan Province, July 26, 2021. (AP PHOTO) 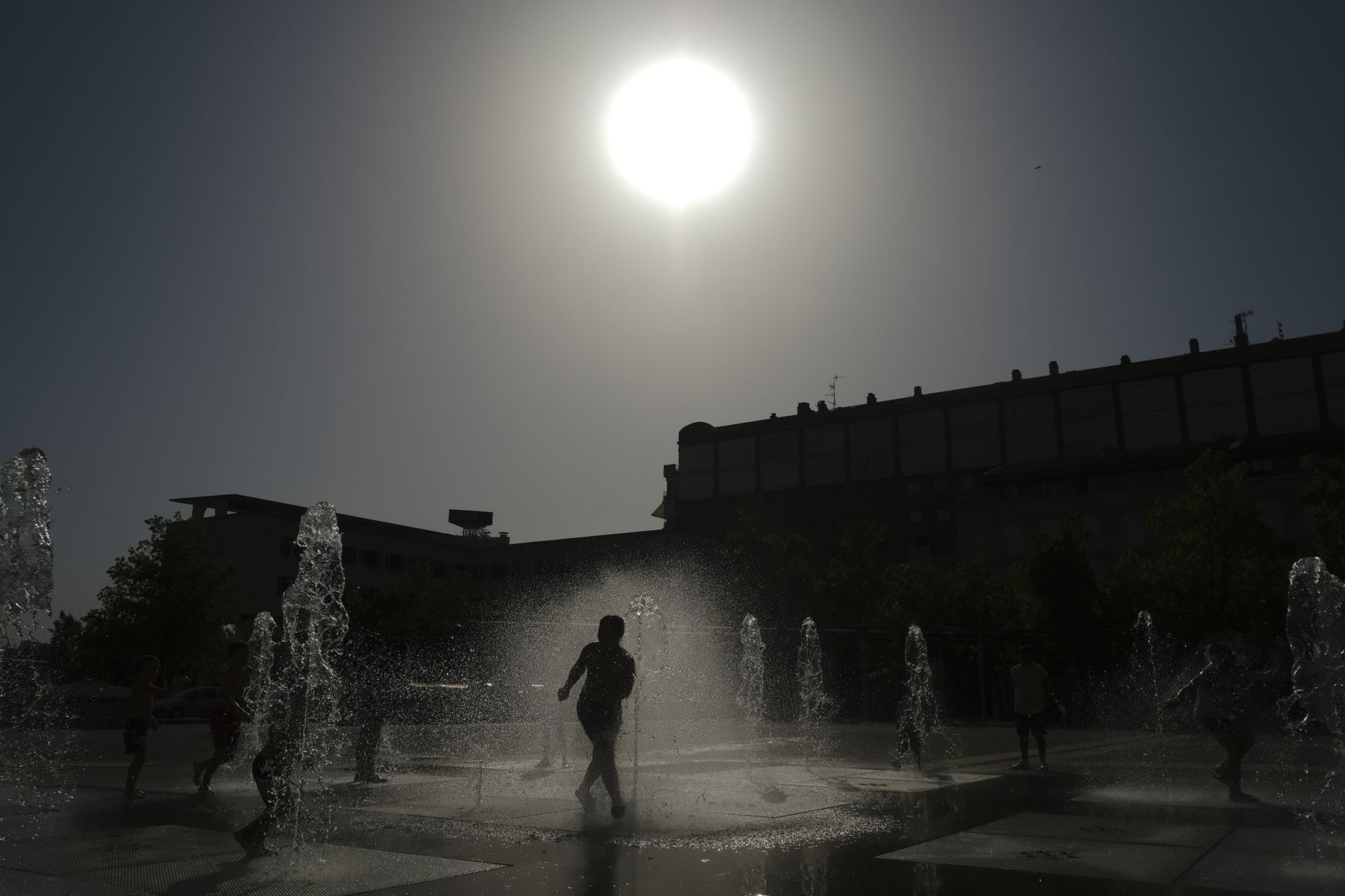 Heat waves proved deadly and unprecedented, pushing temperatures in the Northwest and even reaching 116 degrees Fahrenheit (47 degrees Celsius) in Portland, Oregon, a city known for its mild climate. Hurricane Ida paralyzed New York City with record-breaking, deadly rain. A child cools off with the water to the fountain during a heat wave in Pamplona, northern Spain, Aug. 13, 2021. Stifling heat gripped much of Spain and Southern Europe. (AP PHOTO) 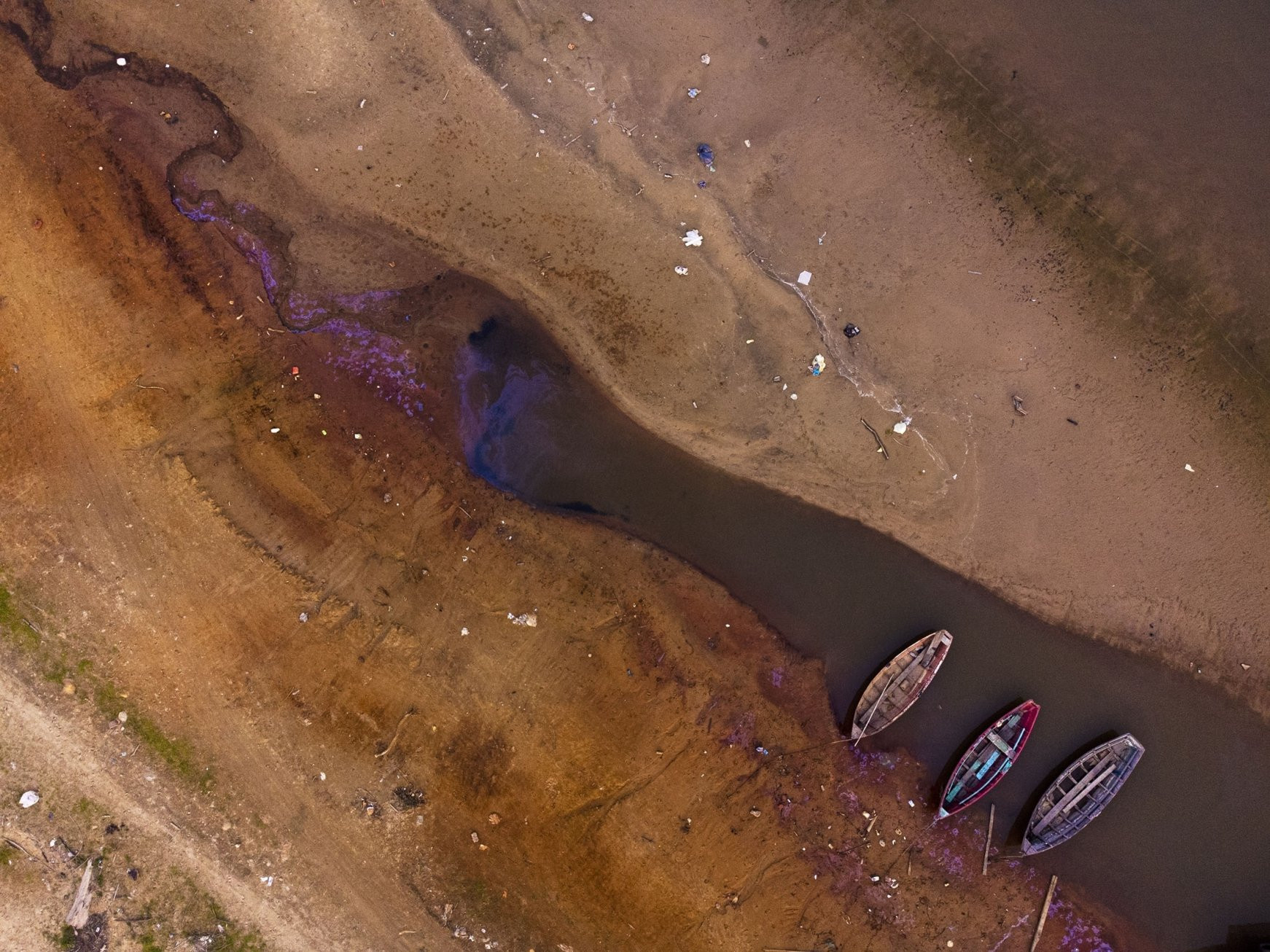 “These events would have been impossible without human-caused climate change,” U.N. Secretary-General Antonio Guterres said. Boats languish over the last pools of water available on the Payagua stream that reaches the Paraguay river amid a historic drought that is affecting its levels, in Chaco-i, Paraguay, Sept. 20, 2021. (AP PHOTO) 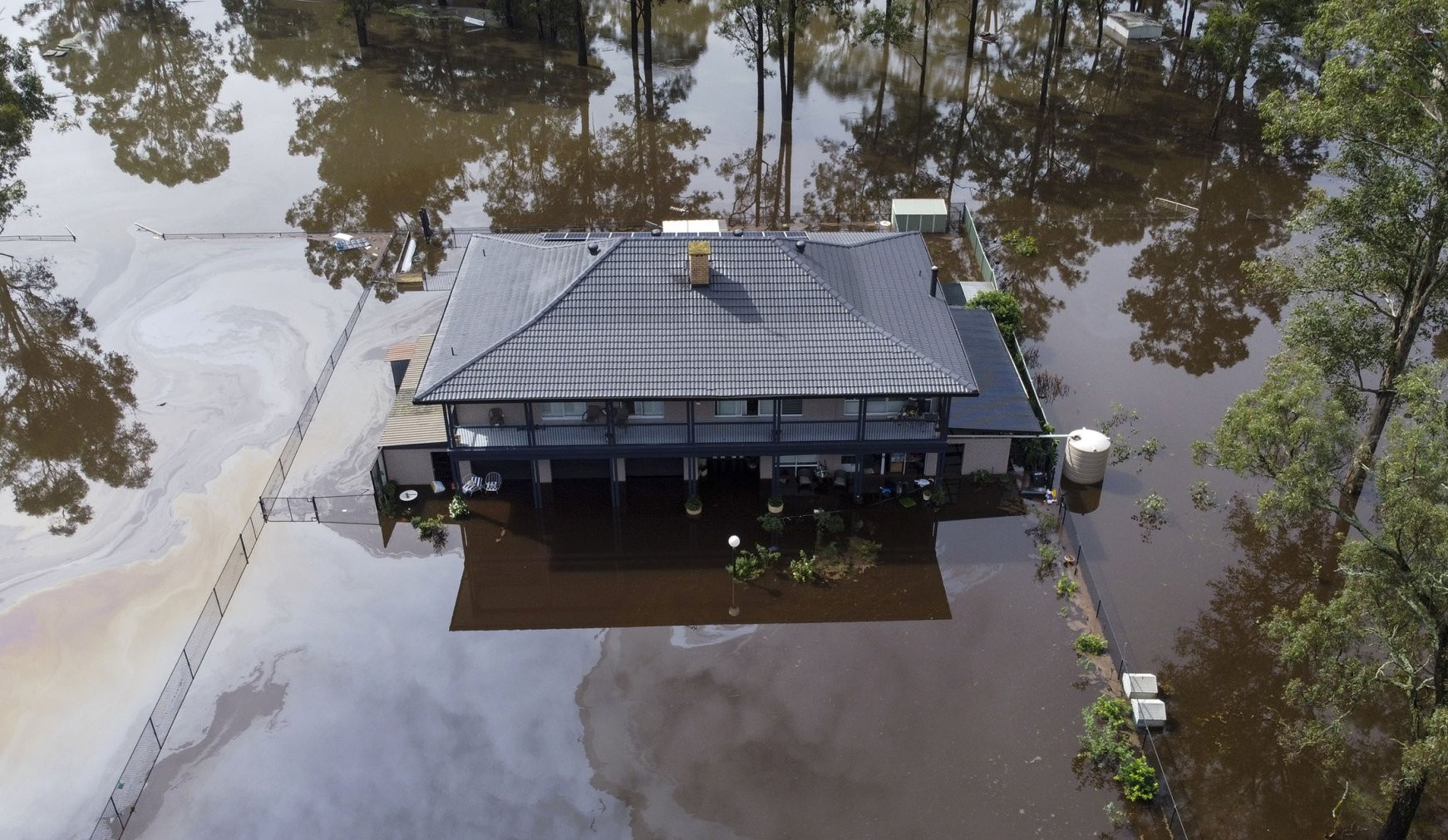 In just the United States, there have been 18 weather or climate disasters this year with losses exceeding $1 billion a year, according to the National Oceanic and Atmospheric Administration. Those 18 disasters caused 538 deaths and nearly $105 billion in damage. In the 1980s, the average year only saw three such disasters.

A house is surrounded by floodwaters in Londonderry on the outskirts of Sydney, Australia, March 23, 2021. Hundreds of people have been rescued from floodwaters that have isolated dozens of towns in Australia's most populous state of New South Wales and forced thousands to evacuate their homes as record rain continues to inundate the countries east coast. (AP PHOTO) 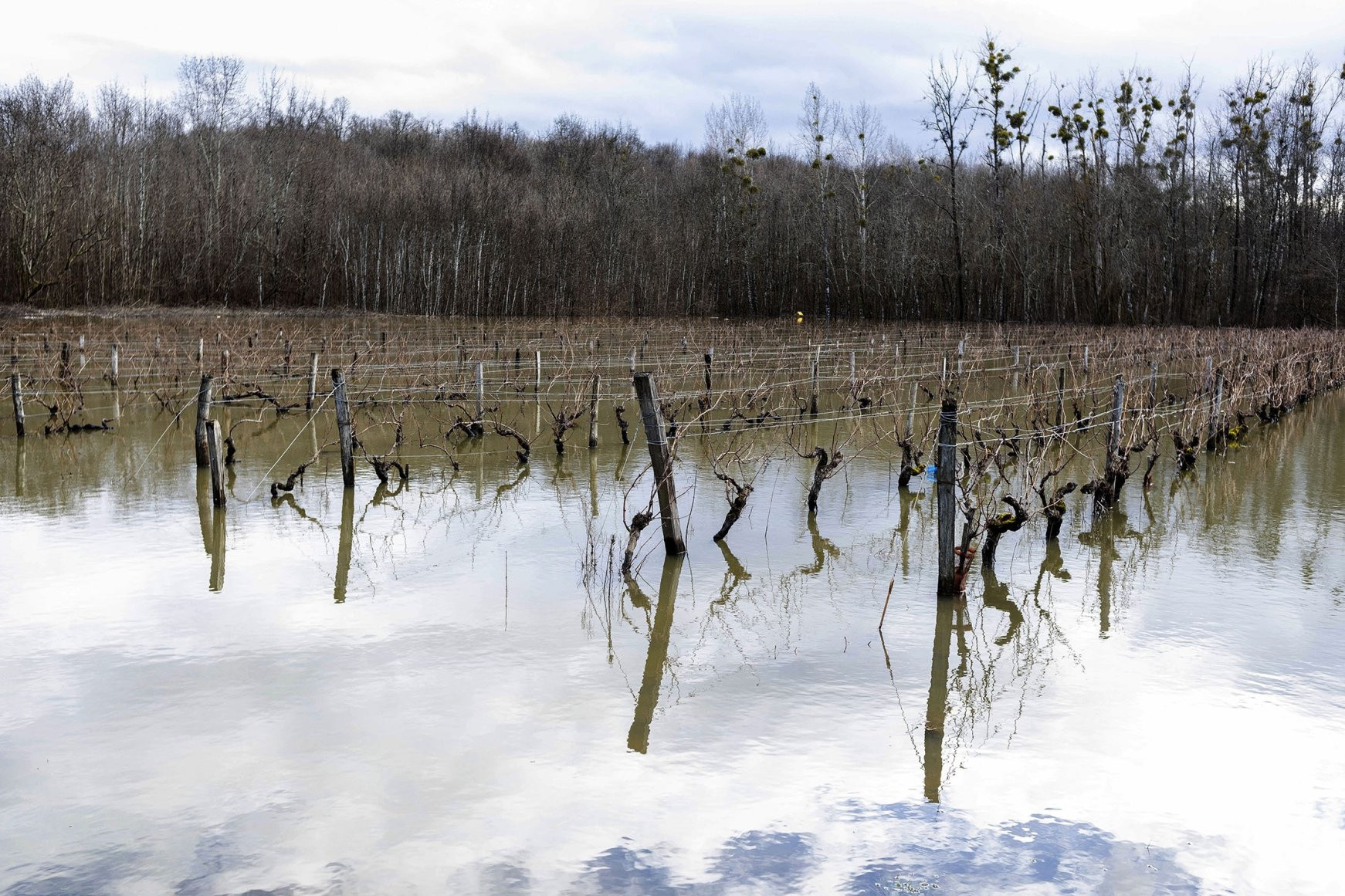 A report from AIR Worldwide, a global risk modeling firm, estimates that now each year extreme weather is costing $320 billion around the world, with only about one-third of it insured. 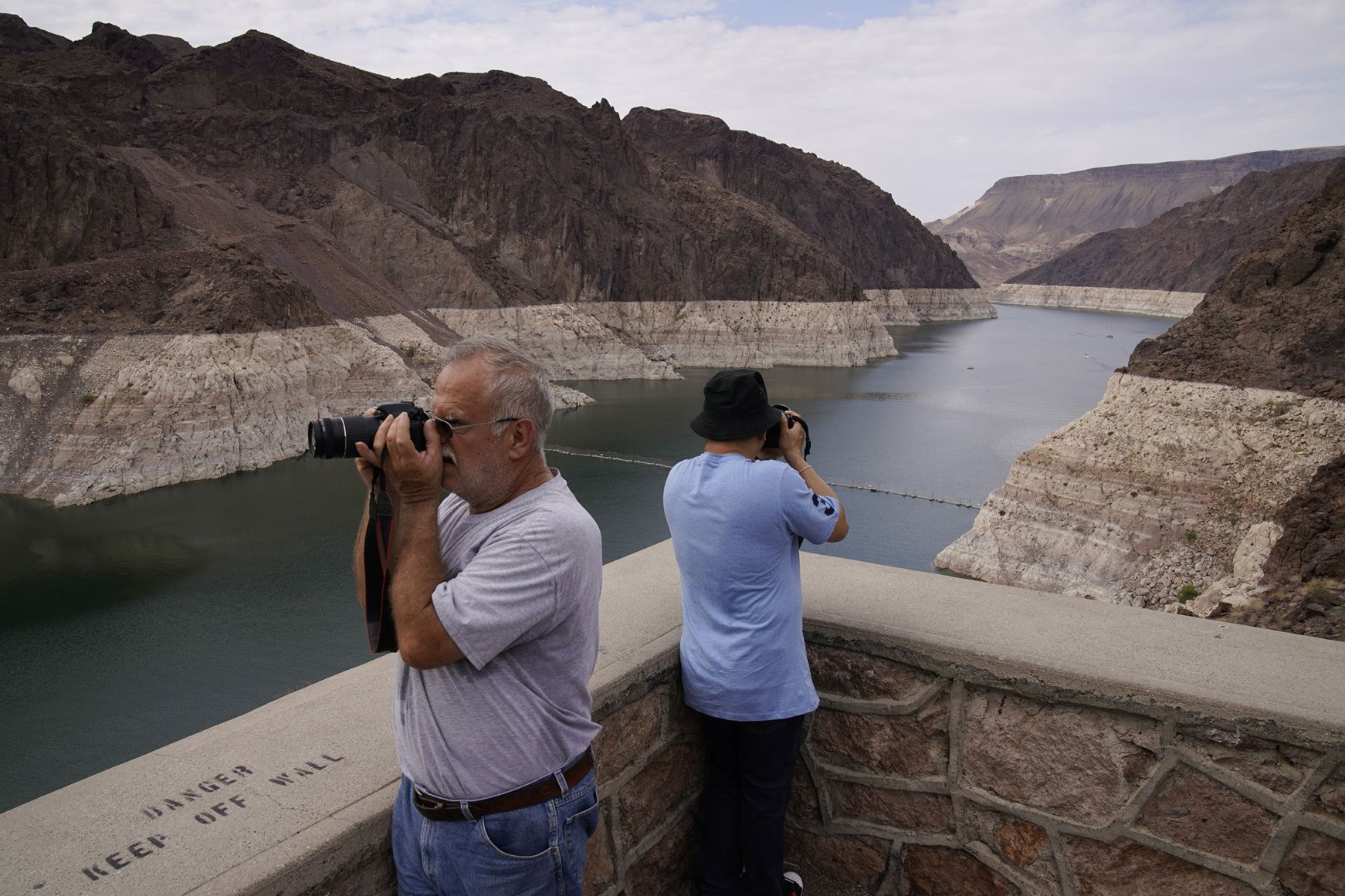 “We now have five times the number of recorded weather disasters than we had in 1970, and they are seven times more costly,” Guterres said, speaking about global totals.

“Even the most developed countries have become vulnerable.” People take pictures of Lake Mead near Hoover Dam at the Lake Mead National Recreation Area, Arizona, U.S., Aug. 13, 2021. The bathtub ring of light minerals shows the high watermark of the reservoir which has fallen to record lows. (AP PHOTO) 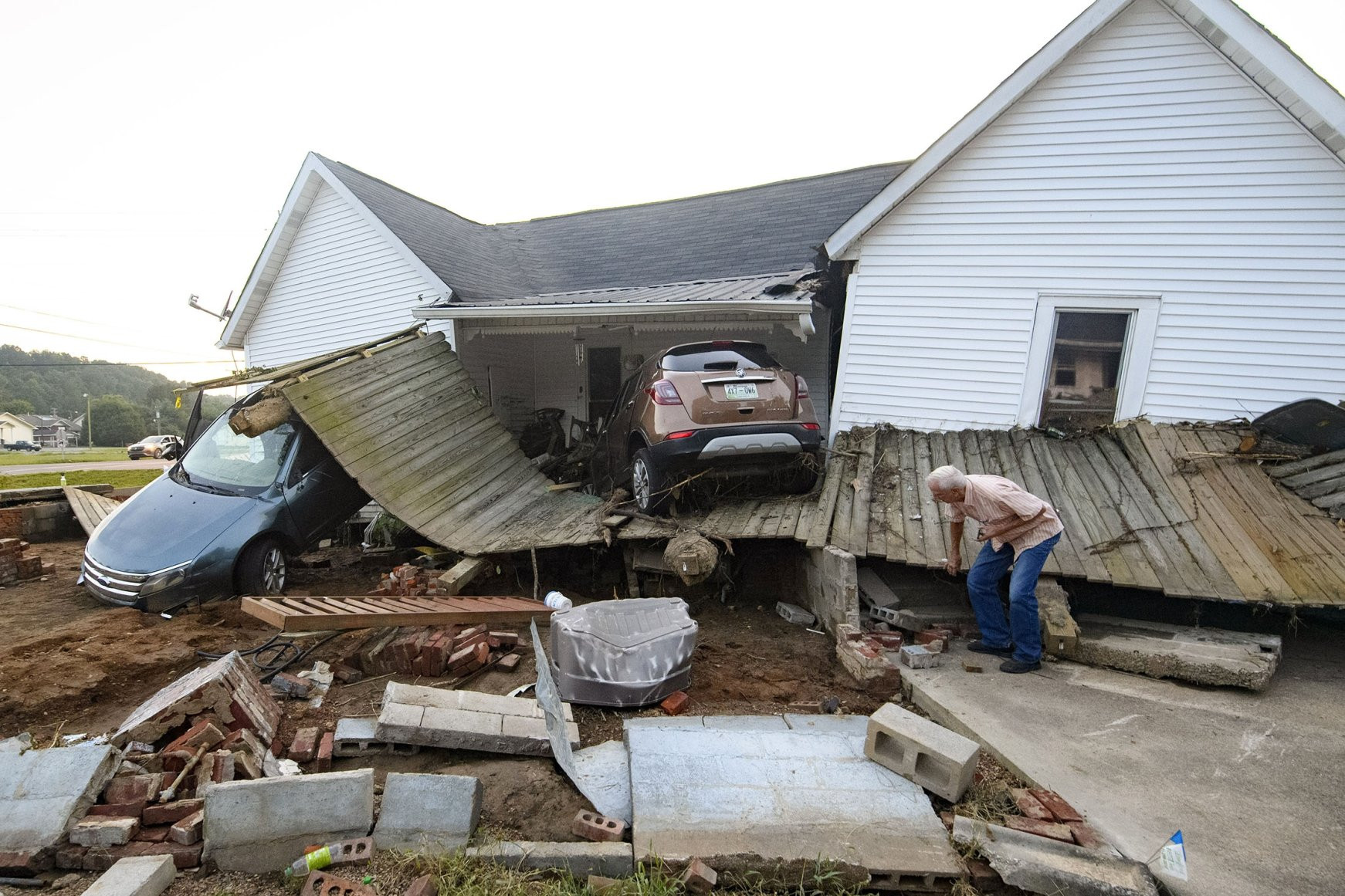 Ernest Hollis looks for items at his granddaughter's house that was devastated by floodwaters, Aug. 23, 2021, in Waverly, Tennessee, U.S. Heavy rains caused flooding in Middle Tennessee days ago and have resulted in multiple deaths, and missing people as homes and rural roads were also washed away (AP PHOTO) 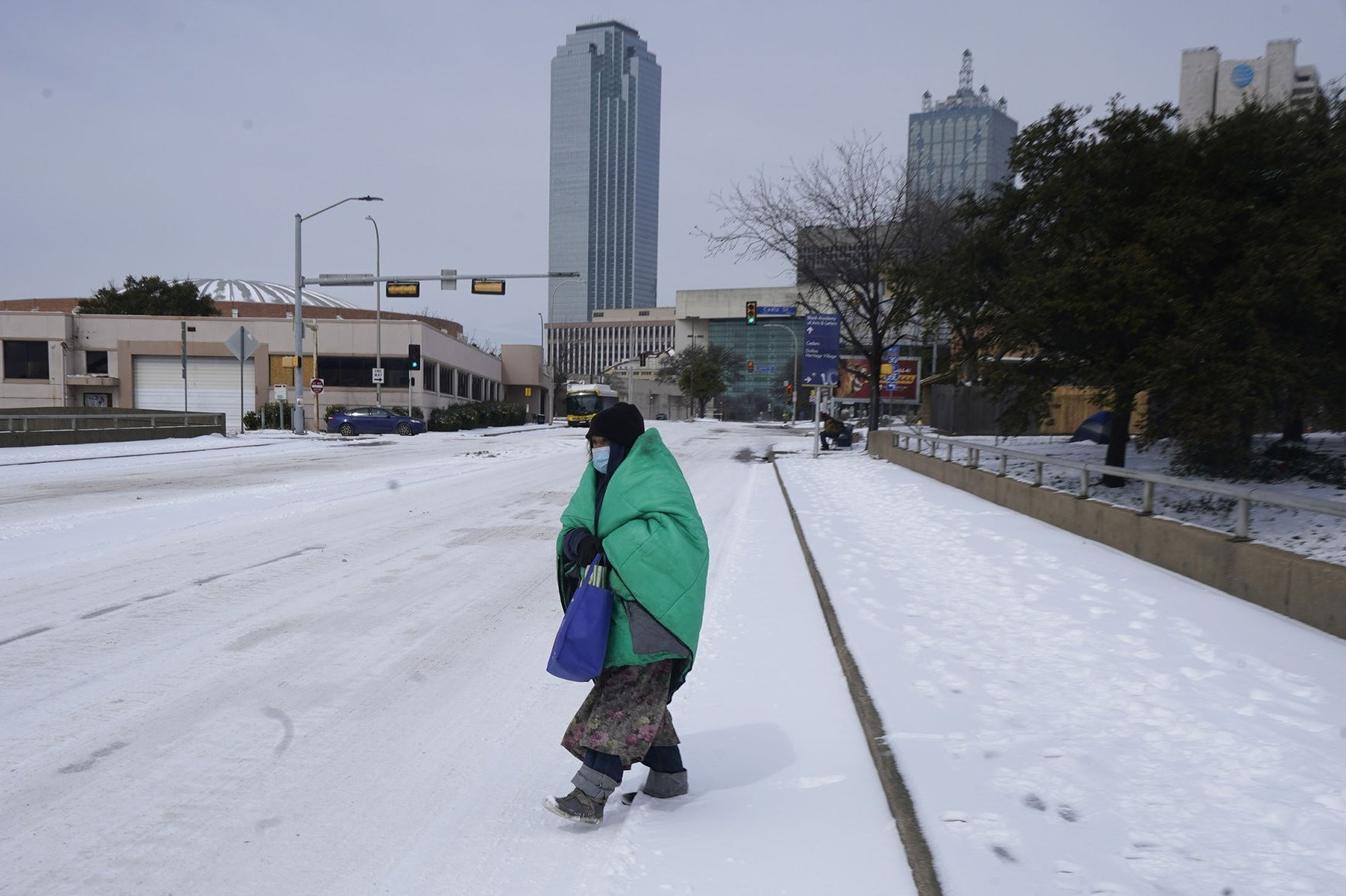 A woman wrapped in a blanket crosses the street near downtown Dallas, U.S., Feb. 16, 2021. Temperatures dropped into the single digits as snow shut down air travel and grocery stores. (AP PHOTO) 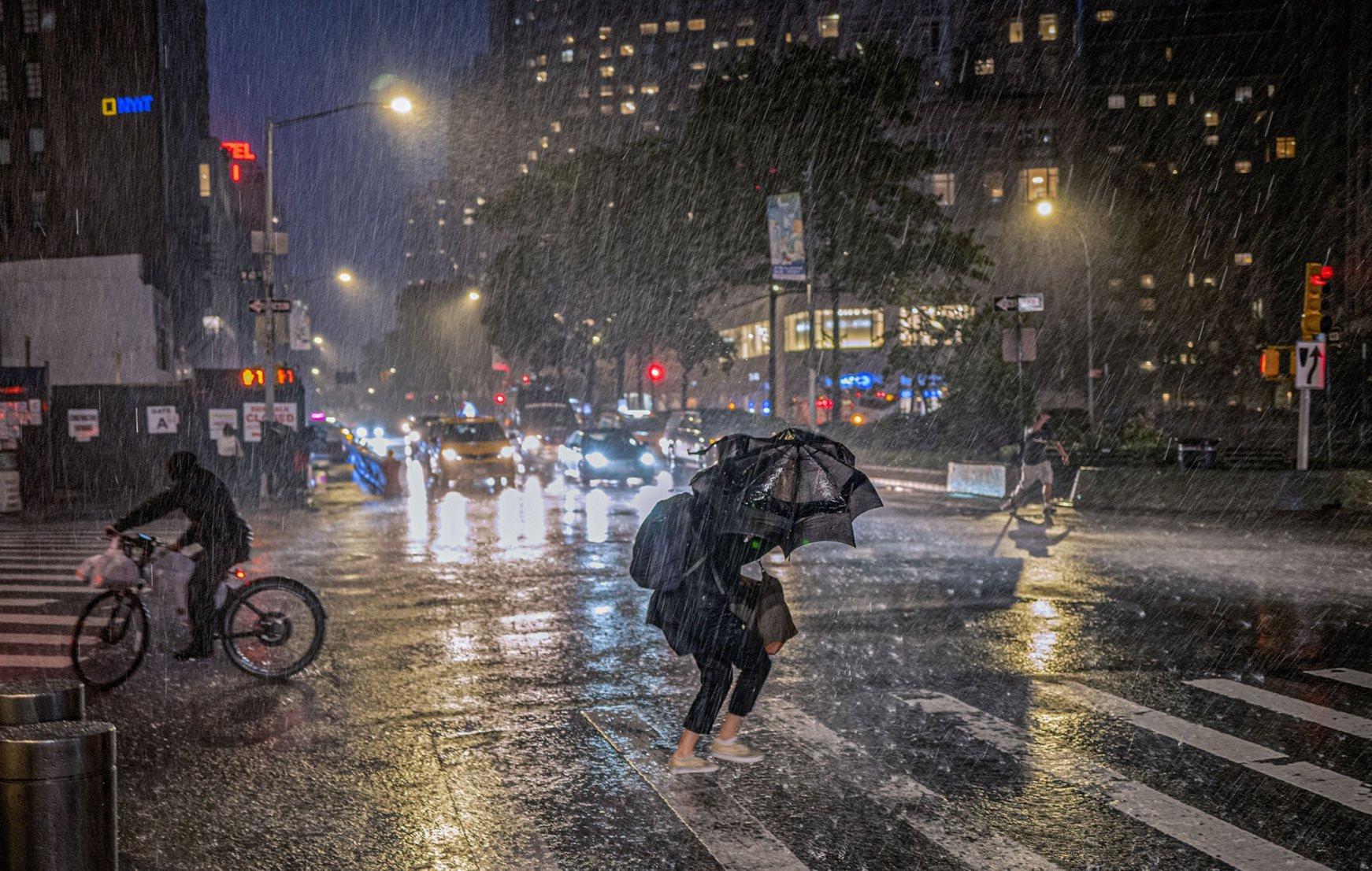 People travel through a torrential downpour caused from the remnants of Hurricane Ida, near Columbus Circle on Sept. 1, 2021. As weather becomes more extreme and unpredictable caused by climate change, transit officials say that more needs to be done to prepare the East Coast's vital transit systems. (AP PHOTO)