In pictures: 'Extremely dangerous' Hurricane Laura makes landfall in US 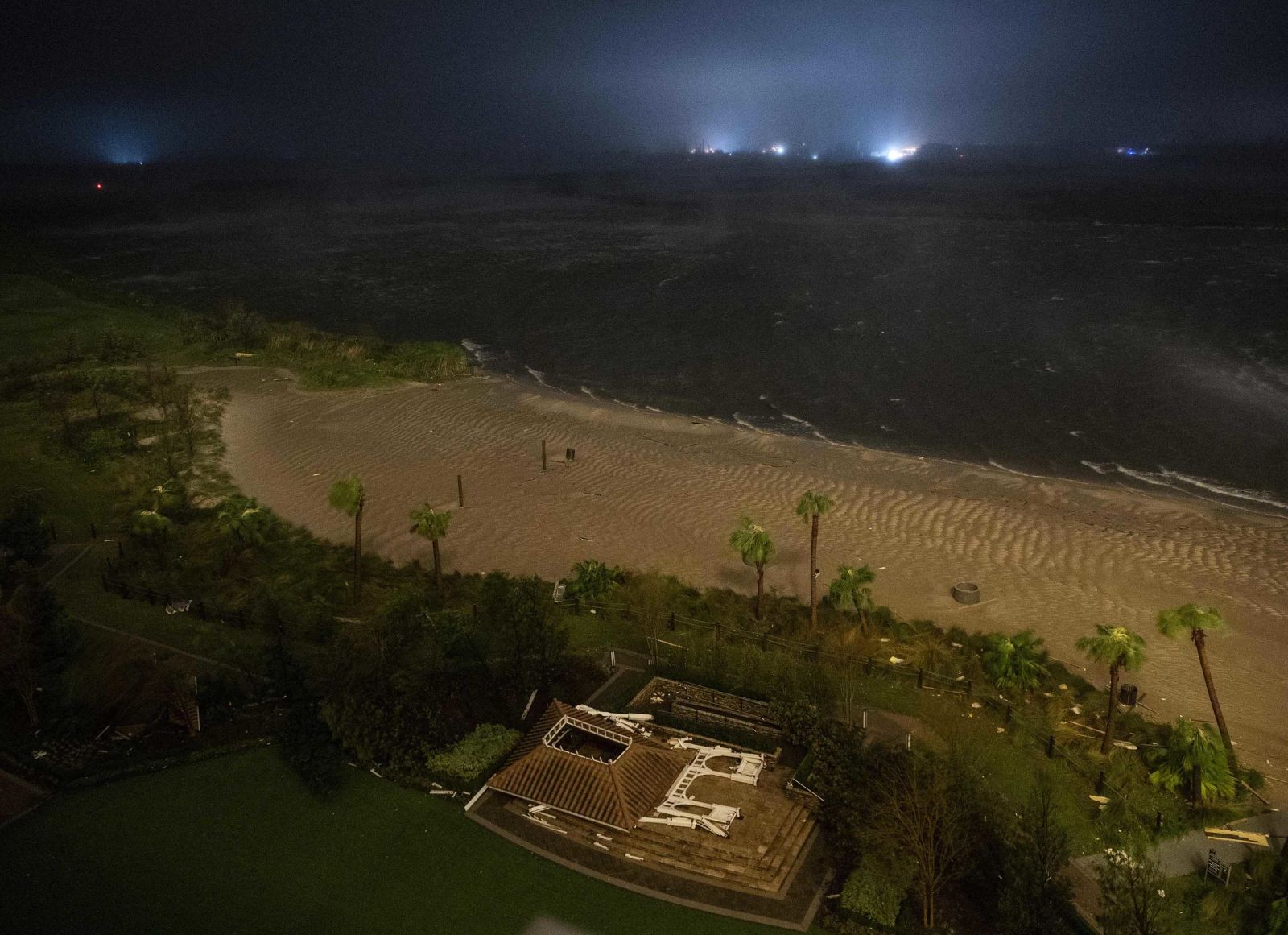 Hurricane Laura made landfall in Louisiana around 2 a.m. Thursday as a powerful Category 4 storm, with winds of 150 mph. The storm rapidly weakened to Category 2, but was still blasting the region with powerful winds of over 100 mph, CNN reports.

More than 270,000 customers in Texas and Louisiana were without power early Thursday morning.

The threat of Laura's impact prompted evacuations in recent days.

A single truck is parked in an open lot as heavy rains from hurricane Laura fall in Lake Charles, Louisiana, on August 26. (Andrew Caballero-Reynolds/AFP/Getty Images)

Victoria Nelson lines up her children, Autum Nelson, 2, Shawn Nelson, 7, and Asia Nelson, 6, as they board a bus to evacuate Lake Charles, Louisiana, ahead of Hurricane Laura's landfall August 26. (Gerald Herbert/AP)

A sheriff's deputy wipes his face while manning a roadblock in Lake Charles, Louisiana, on August 26. (Gerald Herbert/AP)

Families line up to board buses to evacuate Lake Charles on August 26. (Gerald Herbert/AP)

Children play at the Circuit of the Americas racetrack, where some evacuees were settling in Austin, Texas, on August 26. (Bob Daemmrich/Cal Sport Media/Zuma Press)

Traffic is at a near-standstill on Interstate 10 as people evacuate the region near Jennings, Louisiana, on Tuesday, August 25. (Dan Anderson/EPA-EFE/Shutterstock)

A US Postal Service employee covers a mailbox with plastic wrap in Galveston, Texas. The plastic wrap signals that the final mail has been cleared from the box, and it prevents people from placing mail inside that could be lost in a flood. (Mark Mulligan/Houston Chronicle/AP)