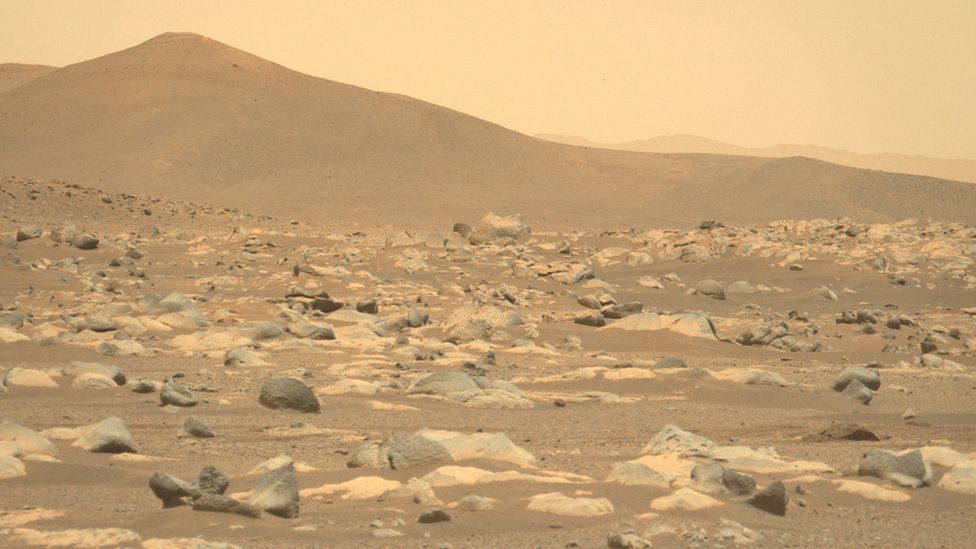 Nasa's Perseverance rover is celebrating 100 Martian days (sols) since landing on Mars, where it is hunting for signs of past microbial life, and seeking to investigate the planet's geology and past climate.

Since touching down on 18 February, the robot has captured some amazing images from around its landing site, Jezero Crater, a 49km (30 mile) wide impact depression just north of the Red Planet's equator.

A small helicopter, Ingenuity, has also returned aerial images, having made history with the first powered, controlled flights on another planet.

Here is a selection of pictures sent back from the mission so far. (BBC) 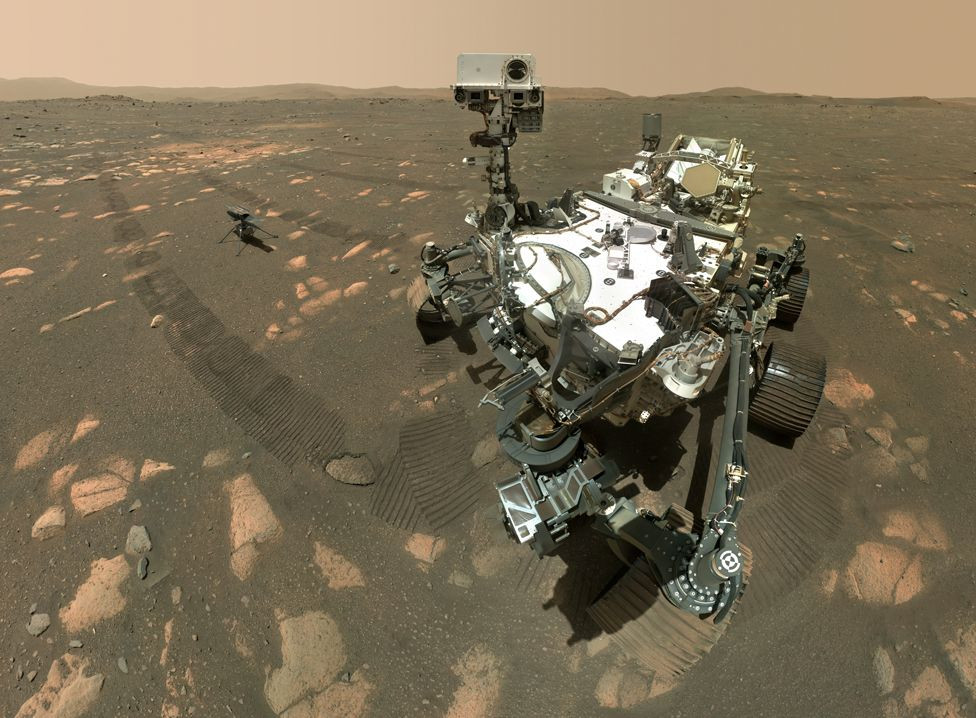 On 6 April, Perseverance used the Watson (Wide Angle Topographic Sensor for Operations and eNgineering) camera to take this selfie next to the Ingenuity helicopter. This photo is made up of 62 individual images which were stitched together once they were sent back to Earth. (NASA/JPL-CALTECH/MSSS) 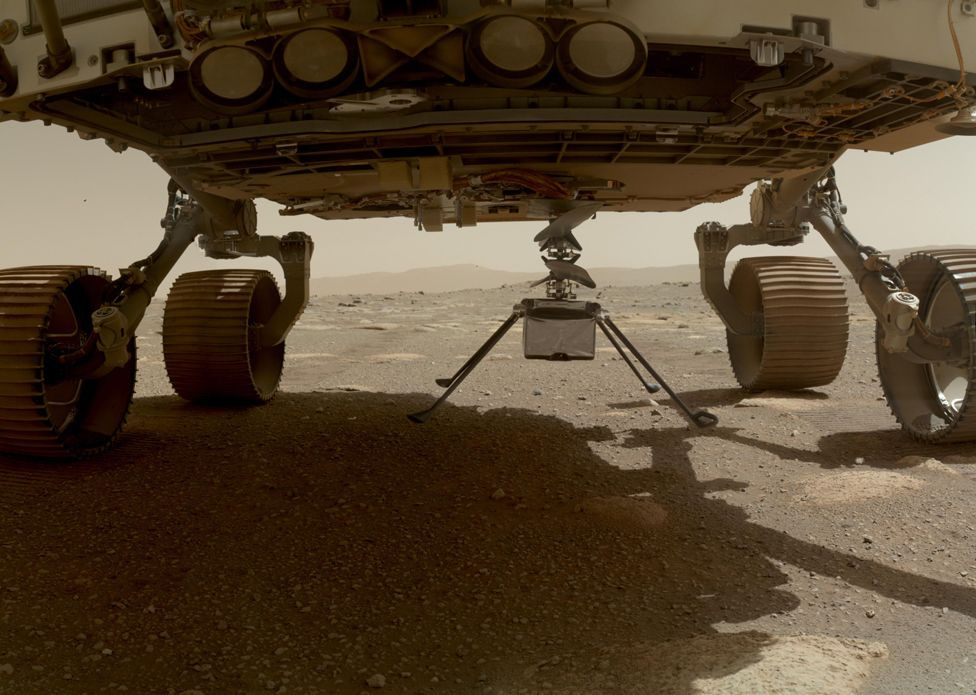