India administers over 1B COVID-19 vaccine doses to date 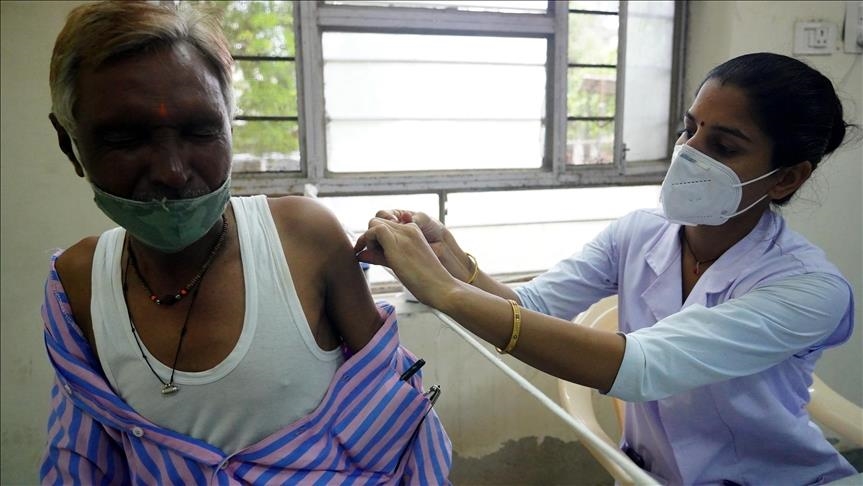 "India achieves the major milestone of ‘one billion’ vaccinations," India's Health Ministry said in a statement.

"We are witnessing the triumph of Indian science, enterprise and collective spirit of 130 crore (1.3 billion) Indians," he tweeted.

Congratulating India on crossing 1 billion vaccinations, Modi added: "Gratitude to our doctors, nurses and all those who worked to achieve this feat."

Modi also visited the Ram Manohar Lohia Hospital in the capital New Delhi as the country crossed the 1 billion mark in its vaccination drive.

India began the COVID-19 vaccination campaign on Jan. 16, while authorities allowed vaccination for everyone above the age of 18 from May 1 this year.

According to the official statistics, around 75% of the eligible people in the country have got one dose of the vaccine, while around 30% have been fully vaccinated.

The Indian government has planned a number of events to mark the occasion, including the launching of a song and an audio-visual film at the iconic Red Fort in New Delhi.

On Thursday, the ministry figures revealed that 18,454 new cases were registered in the last 24 hours, taking the total mark to over 34.1 million. There were 160 new fatalities that raised the infection-linked death toll to 452,811.