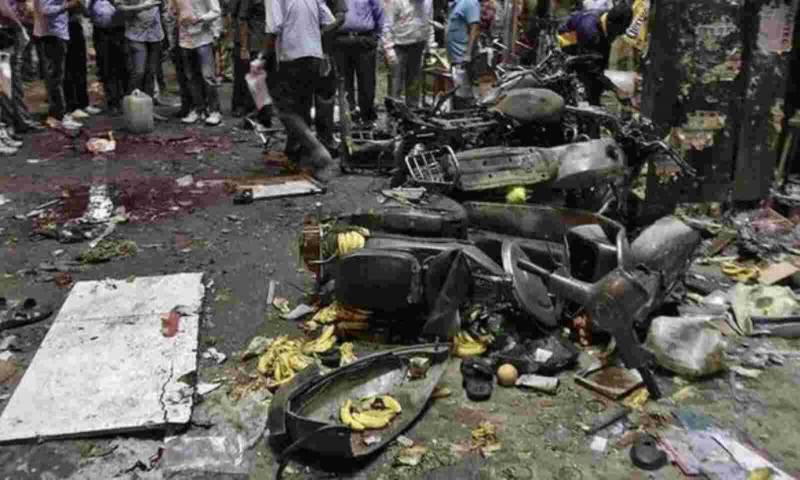 An Indian court sentenced 38 people to death on Friday over a string of bomb blasts in 2008 that killed dozens in the city of Ahmedabad, in one of the country's biggest mass death sentences, News.Az reports citing AFP.

An Islamist group calling itself the Indian Mujahideen claimed responsibility, saying the blasts were revenge for 2002 religious riots in Gujarat that left some 1,000 people dead.

The court on Friday convicted 49 people over the attacks, in which more than 200 were injured.

The convicted were all found guilty of murder and criminal conspiracy. Nearly 80 people were charged but 28 were acquitted.

The marathon trial lasted over a decade thanks to India's labyrinthine legal system, with more than 1,100 witnesses called to testify.

It was dragged out by procedural delays, including a legal battle by four of the accused to retract confessions.

Police also foiled a 2013 attempt by more than a dozen of the defendants to tunnel their way out of jail using food plates as digging tools.

All 77 accused have been held in custody for years, with the exception of one who was bailed after a schizophrenia diagnosis.

It was prompted by the killing of 59 Hindus in a train fire -- a case in which 31 Muslims were convicted for criminal conspiracy and murder -- on the way back from one of Hinduism's most sacred sites.