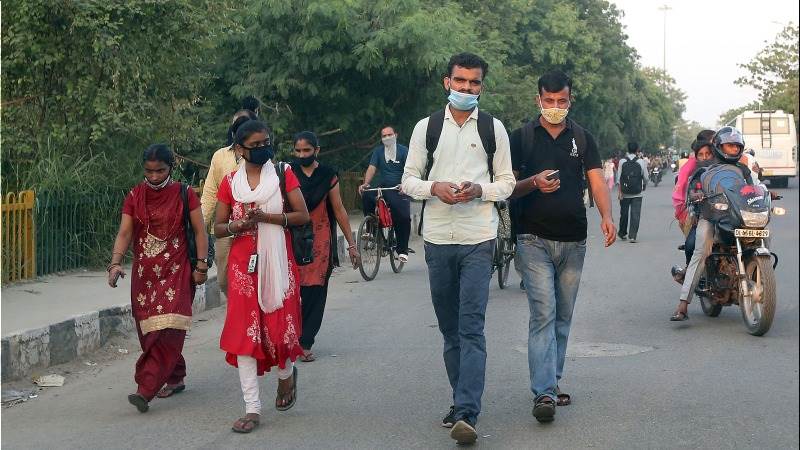 According to an official update, 55,722 new cases were recorded taking the total count to 7.55 million. The figures also revealed that Monday's death toll of 576 was the lowest in three months, taking the total COVID-19-linked deaths in the country to 114,610.

While India is presently the second worst-hit country in the world in terms of total cases, the new cases on a daily basis are slowly declining.

The health ministry said on Monday morning that active cases have fallen below 800,000 after six weeks and continue to slide further down.

On Sunday, a government-appointed panel concluded that India has likely crossed the virus peak last month. The panel claimed that the outbreak could be controlled by February 2021, provided all protocols are followed and the government does not relax activities further.

Also, Indian Health Minister Harsh Vardhan on Sunday admitted for the first time that the country is witnessing “community transmission” of the novel coronavirus.