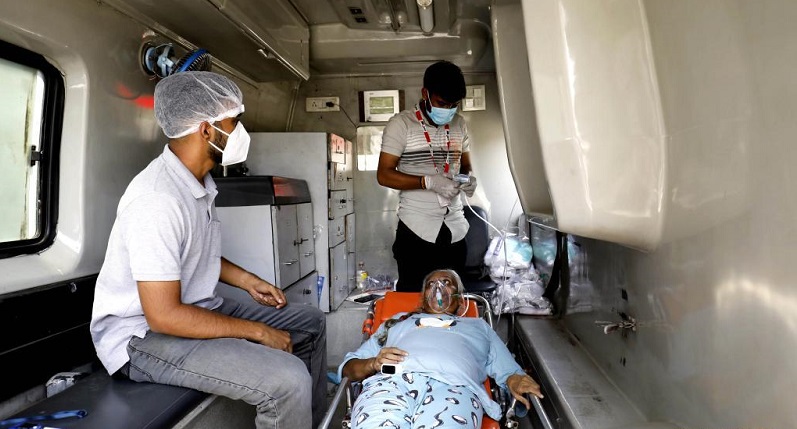 Asia-Pacific countries are facing growing cases of the COVID-19 pandemic on Monday as India recorded the highest daily spike of 352,991 new cases, taking the total to 17,313,163, while the Philippines reported over 1 million infections in total.

This was the fifth consecutive day when over 300,000 cases were registered in a single day.

According to the figures released by the health ministry, 2,812 deaths took place in the past 24 hours, taking the total death toll to 195,123.

There are still a total of 2,813,658 active cases in the country, with an increase of 130,907 through Sunday, as 14,304,382 people have recovered and been discharged from hospitals across the country.

The number of confirmed cases in the Philippines passed the milestone of 1 million on Monday as the infections continued to surge in the country.

The Philippines' Department of Health (DOH) reported 8,929 new COVID-19 infections, bringing the total number of confirmed cases in the Southeast Asian country to 1,006,428.

The death toll climbed to 16,853 after 70 more patients died from the viral disease, the DOH said.

The 1 million mark comes just over three months after the Philippines surpassed 500,000 COVID-19 cases on January 17.

Health Undersecretary Maria Rosario Vergeire said the government has added more ICU beds in hospitals in Metro Manila, the epicenter of the outbreak.

According to the ministry, 5,589 more people were discharged from hospitals, bringing the total number of recovered patients to 1,501,715.

Health Ministry Director-General Noor Hisham Abdullah said in a press statement that three of the new cases are imported and 2,773 are local transmissions.

Another 13 more deaths have been reported, bringing the death toll to 1,449.

Some 1,803 patients have been released after recovery, bringing the total number of cured and discharged to 369,556 or 93.4 percent of all cases.

Some 2,038 of the new cases were domestic infections while 10 others were imported cases, Apisamai told a press conference.

Of these cases, 901 were in the capital Bangkok, the epicenter of the new wave of outbreak.

The cases brought the total caseload to 57,508, with 148 deaths so far, according to Apisamai.