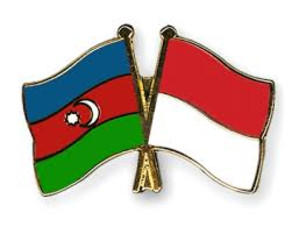 Two amazing Muslim-majority countries – Indonesia and Azerbaijan – are celebrating this year the silver jubilee of the establishment of their diplomatic relations. These relations – which were established on Sept. 24, 1992 – have grown “very fast and dynamically” during the last 25 years.

Azerbaijan and Indonesia may look distant geographically, but in their hearts they are very close for many reasons.

First, the majority of people in both countries adhere to a moderate and tolerant version of Islam. Both are active members of the Organization of Islamic Cooperation (OIC), the voice of more than 2 billion Muslims.

Second is democracy, which is part and parcel of the political life of both countries. Around 100 years ago, Azerbaijan became a democratic republic, the first democratic country in the Eastern Muslim world. In 1918, Azerbaijani women were given voting rights, far ahead of the US. Alas, this young republic’s life ended less than two years later after the Soviet Union annexed it in 1920.

Indonesia, the home to the world’s biggest Muslim population, is currently the second-biggest democracy in Asia after India. It is also the de facto leader of the 50-year-old Association of Southeast Asian Nations (ASEAN).

Economic relations between Azerbaijan and Indonesia are excellent. High-level political relations are developing rapidly based on the principles of brotherhood and mutual support. Indonesia recognizes Azerbaijan’s territorial integrity and sovereignty and vice versa.

Indonesia recognized Azerbaijan’s independence on Dec. 28 1991; just 71 days after the latter became independent for a second time after the collapse of the Soviet Union.

With the opening of Azerbaijan’s embassy in Jakarta on Feb. 12, 2006, a new chapter began in the history of both countries’ relations. In a short period, the economic ties have grown by leaps and bounds.

The two countries have so far signed around a dozen agreements and memoranda of understanding to enhance bilateral cooperation.

Azerbaijan, an oil-rich country in the southern Caucasus, has emerged as one of the main suppliers of crude oil to Indonesia, second only to Saudi Arabia, over the last 10 years.

During the years from 2012 to 2015, the cumulative bilateral trade reached US$7 billion, including the record high of $2.42 billion of bilateral trade in 2014, with Indonesia mainly importing crude oil, chemicals, food products, ferrous and non-ferrous metals from Azerbaijan, while exporting palm oil, coffee, paper, rubber, textiles and handicrafts to Baku.

With just fewer than 10 million people, Azerbaijan has emerged as Indonesia’s second-biggest trading partner among the Commonwealth Independent States (CIS) after Russia.

But the impressive bilateral trade does not reflect the real economic potential of Indonesia and Azerbaijan. Both countries must work hard to tap their huge potential for mutual benefit in the future.

Indonesia, a G20 member with a $1-trillion economy and population of 265 million, also recognizes the strategic importance of Azerbaijan and opened its embassy in Baku on Dec. 2, 2010.

Now the two countries are focusing on expanding into new areas of economic cooperation. Azerbaijan is keen to invest some of its oil wealth in Indonesia’s promising energy, mining, infrastructure and manufacturing sectors.

Indonesia is also seeking to turn Baku into a gateway to CIS countries for its leading products. It is also trying to attract Azerbaijani tourists.

Azerbaijan and Indonesia have similar political views on many international issues such as pluralism, terrorism, democracy, peace and tolerance. Both are active members of the OIC, UN and Non-Aligned Movement.

Bilaterally, both countries’ leaders have excellent rapports and regularly meet on the sidelines of international events. Several high-level visits from both countries have taken place during the last decade.

Just after Azerbaijan’s separation from the Soviet Union in 1991, neighboring Christian-majority Armenia attacked Azerbaijan and seized 20 percent of the latter’s territory, including Nagorno-Karabakh and seven adjacent districts.

Recently, Indonesian Ambassador to Azerbaijan Husnan Bey Fenani told Apa media outlet in Baku that Indonesia always has supported and will continue to support Azerbaijan on the issue of Nagorno-Karabakh because the latter is internationally recognized as the territory of Azerbaijan. Indonesia wants both Armenia and Azerbaijan to resolve the Nagorno-Karabakh issue through peaceful means.

Because of their common Islamic heritage, the cultures of both countries have much in common. The Azerbaijani language and Bahasa Indonesia have numerous common words, as a result of their Islamic heritage.

“We have some 2,000 words in Azerbaijani that we share with the Indonesian language,” Prof. Habib Zarbaliyev said sometime back.

In the 18th century, Azerbaijani traveler Haj Zainal A. Shirwani visited Java and stayed for a long time in Batavia, now modern-day Jakarta. Until recently, it was believed that Shirwani was the first Azerbaijani to visit Indonesia. Recently, new evidence has emerged that in the 15th century an Azerbaijani scholar named Maulana Malik Ibrahim visited Indonesia and propagated Islam in East Java.

Azerbaijani scholar Prof. Zaur Aliyev and Ambassador Husnen have uncovered new facts about Moulana, who was from the Caspian coast in Azerbaijan. He went to Uzbekistan’s Samarkand to learn about Islam in the 15th century. From there he went to the island of Java in Indonesia and settled down.

All these years, Indonesians had thought that Moulana, who was known as “Kakek Bantal (Pillow Grandpa)” as well as Sunan Gresik, was originally from Uzbekistan. Now it is clear that Indonesia has had cultural links with Azerbaijan for more than 600 years.

In the next 25 years
Both countries have been realizing the huge potential in many sectors. Despite these good relations, there is one thing missing. Surprisingly neither Azerbaijani President Ilham Aliyev nor any Indonesian president has ever visited the other’s country.

However, Ambassador Husnan said recently that the Azerbaijani president would visit Indonesia before the end of this year.

“In fact, the visit had been planned for the beginning of the year. However, it was postponed because of certain measures taken in Azerbaijan. We hope that the visit will take place. Indonesia is a friend and brother of Azerbaijan and makes every effort to boost these relations,” Husnan told Azerbaijani journalists recently.

The historic visit by the Azerbaijani president to Indonesia will change the dynamics of the relationship and will open the path for the next 25 years of relations. Both sides believe that the present bilateral ties will certainly scale new strategic heights.

The writer is a Jakarta-based senior journalist and the author of “Azerbaijan Seen from Indonesia” book.