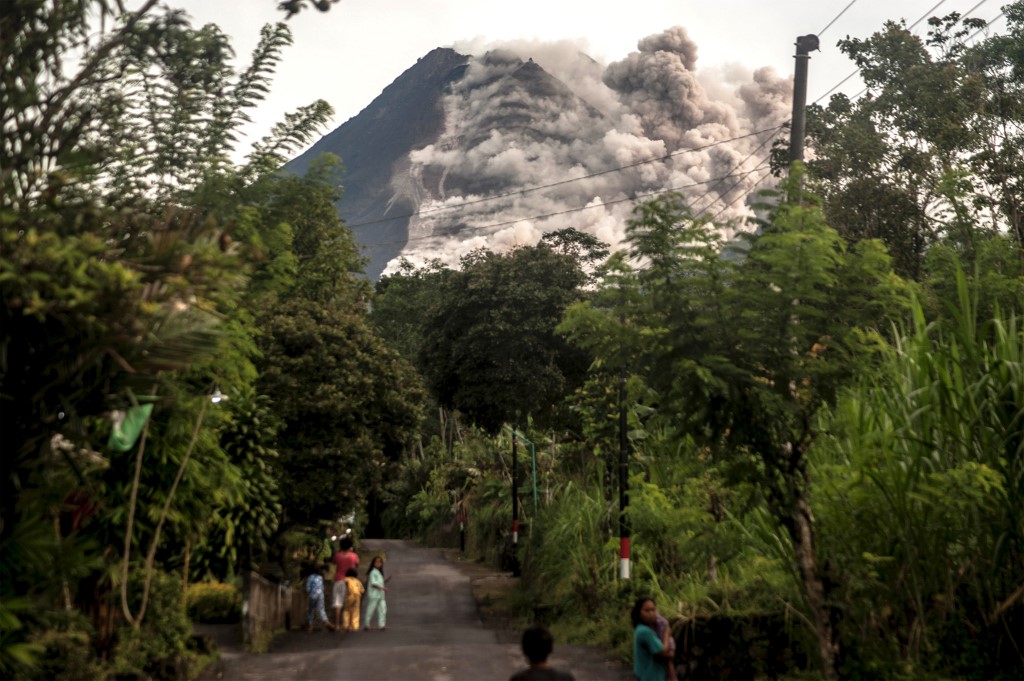 One of the world's most active volcanoes, Indonesia's Mount Merapi, erupted Wednesday, belching out huge clouds of smoke and ash that billowed down the sides of its rumbling crater, AFP reports.

The volcano, near Indonesia's cultural capital Yogyakarta, shot hot ash into the air around three dozen times throughout the day.

Some of it travelled as far as three kilometres (two miles) away from its peak, Indonesia's geological agency said.

Fiery red lava has been seen flowing down the volcano in recent days, but authorities have kept its alert status at the second-highest level.

Mount Merapi's last major eruption in 2010 killed more than 300 people, and forced the evacuation of around 280,000 residents from surrounding areas.

That was its most powerful eruption since 1930, which killed around 1,300 people, while another explosion in 1994 took about 60 lives.

Indonesia sits on the Pacific "Ring of Fire", a vast zone of geological instability where the collision of tectonic plates causes frequent quakes and major volcanic activity.