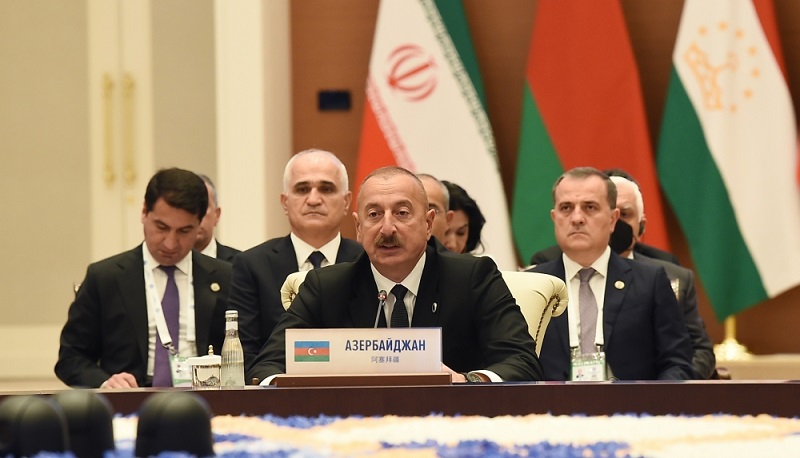 Inefficiency of some leading international organizations is a matter of concern, Azerbaijan’s President Ilham Aliyev said as he addressed a summit of the Shanghai Cooperation Organization (SCO) member states in Samarkand on Friday, News.Az reports.

“In this regard, I would like to mention the four United Nations Security Council resolutions adopted in 1993, demanding withdrawal of armed forces of Armenia from Azerbaijan’s occupied territories. While some resolutions of the Security Council are implemented within days, in our case they remained unfulfilled for 27 years,” the head of state said.

“Azerbaijan resolved the Karabakh conflict by military-political means and itself, enforced the implementation of the abovementioned Security Council resolutions,” President Aliyev added.