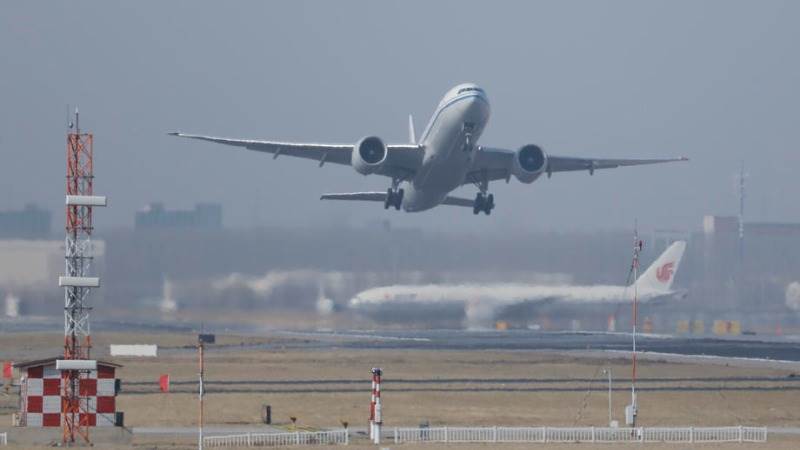 The first international flight in more than five months landed in China's capital Thursday with passengers greeted by airport staff in full hazmat suits as a ban on foreign arrivals in Beijing eased, AFP reports.

Passengers disembarked wearing masks and dragging luggage -- some appeared to be in full protective suits -- before going past customs officials and police wearing visors and protective gear.

Travellers arriving in China need to show a negative coronavirus test before boarding, and are subject to centralised quarantine on arrival for 14 days, along with two more tests, officials said this week.

The number of passengers on direct international flights to Beijing is capped at 500 per day during a trial period, CCTV said.

Since late March, Beijing-bound international flights have been diverted to other Chinese cities, where passengers are screened for the coronavirus and quarantine.

Eleven cases were reported Thursday in China, where the coronavirus first emerged late last year. Health officials said they were all imported.

China remains wary of the risk of an influx of cases from other countries now that its local outbreaks have been largely brought under control.

Most foreigners are still forbidden entry into the country.