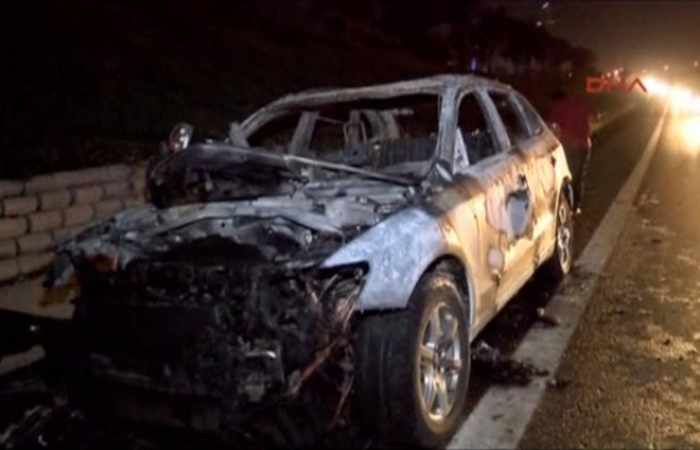 Karimian was found dead by emergency services arriving at the scene, Dogan said.

The head of an Iranian satellite television network who last year was sentenced in absentia to six years in prison by a Tehran court was shot dead in Istanbul together with a business partner, Turkey's Dogan news agency said on Sunday.

GEM TV founder Saeed Karimian and an associate were driving in Istanbul's Maslak neighborhood after 8 p.m. (1.00 p.m. ET) on Saturday when their car was blocked by a jeep and shots were fired, Dogan said.

Karimian was found dead by emergency services arriving at the scene, Dogan said. His associate was taken to hospital but could not be revived.

Dogan described both victims as being of Iranian origin. The Hurriyet Daily News identified Karimian as a British national and his associate as a Kuwaiti.

Two masked shooters got out of the jeep before opening fire, Hurriyet said.

The jeep was later found abandoned and burned. Istanbul police declined to comment on the shooting when contacted by Reuters.

Dogan quoted the mayor of Istanbul's Sariyer district as saying initial police findings suggested the shooting may have prompted by a financial disagreement involving Karimian.

But in Iran, where the government tries to instil Islamic values by strictly regulating popular culture, the satellite broadcaster's programing has angered authorities, who view it as part of a cultural "soft war" waged by the West.

Last year a Revolutionary Court in Tehran tried Karimian in absentia and sentenced him to six years in jail on charges of "acting against national security" and "propaganda against the state".