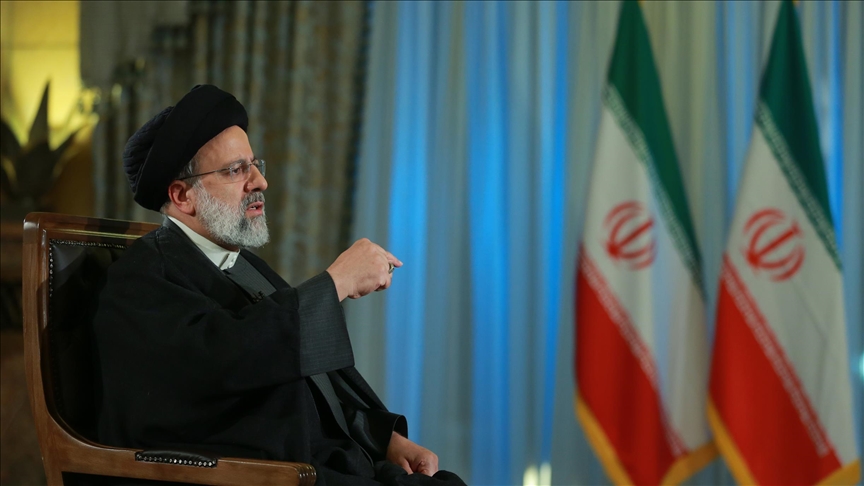 Iran’s President Ebrahim Raisi suggested Tuesday that the window for direct negotiations with the US on Tehran’s nuclear deal with world powers was not entirely shut, News.Az reports citing Anadolu Agency.

Speaking in a televised interview with the state broadcaster on the growing speculation about the two long-time adversaries sitting across the table, Raisi said the request had been made by the US many times in recent years.

"No direct negotiations have taken place so far (with the US), but we now declare that there is room for negotiation if the other side wants to lift the oppressive sanctions," he said in response to a question.

He said "some countries" had conveyed the message to Iran on behalf of Washington, proposing direct negotiations.

Raisi's remarks came hours after Iran's top security official Ali Shamkhani said contacts between the two sides have so far been confined to "informal written exchanges," saying there has been "no need for more."

He added, however, that the communication method could change from informal to formal "when a good agreement (in Vienna) is within reach."

The remarks by Shamkhani, who heads Iran’s powerful Supreme National Security Council (SNSC) and is considered close to Supreme Leader Ayatollah Ali Khamenei, are seen as a tacit endorsement of possible direct talks between Tehran and Washington.

Speculation about the possibility of direct talks between Iran and the US gained momentum following remarks by Iran’s foreign minister at an event in Tehran on Monday.

Hossein Amir-Abdollahian said Americans had sent messages for direct talks with Iran in Vienna, which he said would be considered if both sides "get to a stage where reaching a good deal with strong guarantees requires direct talks with the US.”

At present, he said, Iran was holding "direct talks" only with the P4+1 countries (Russia, China, France, the UK and Germany) while "indirect negotiations" with the US were taking place through the European Union’s representative in the Vienna talks, Enrique Mora.

US officials have also in recent days shown readiness for direct negotiations with Iran.

"We are prepared to meet directly," US State Department spokesman Ned Price said at a press briefing Monday.

"We have long held the position that it would be more productive to engage with Iran directly, on both JCPOA negotiations and other issues," he noted, referring to the Joint Comprehensive Plan of Action, known commonly as the Iran nuclear deal.

He stressed that direct contact with Iran would allow "more efficient communication" to revive the deal that the former US administration withdrew from in May 2018.

Marathon negotiations to salvage the landmark deal, which began in April last year, resumed after a five-month hiatus in November following the change of government in Tehran.

The new Iranian government headed by Raisi, a former judiciary chief, has prioritized the removal of sanctions as well as verification and guarantees over other issues.

While both sides have noted "progress" in the eighth round of talks, many serious disagreements continue to prevent or at least delay a breakthrough.