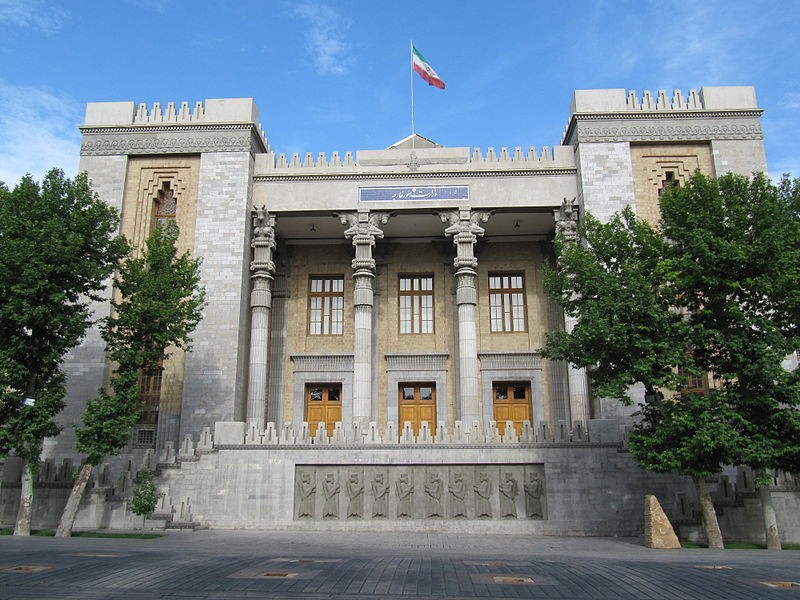 The talks on Iran's nuclear program in Vienna, Austria will continue, said the Iranian Foreign Ministry spokesman, Saeed Khatibzadeh, according to local media.

Khatibzadeh noted that the talks on nuclear deal - Joint Comprehensive Plan of Action (JCPOA) between Iran and the 4 + 1 group (Russia, China, Britain, France and Germany) will continue under UN Resolution 2231. Iran wants these discussions to be in Iran's interests.

The spokesman added that Iran wants the US to rejoin the Vienna talks.

As reported, in late 2020, the Iranian parliament has decided to implement a strategic plan to tackle the sanctions, citing the non-implementation of the Joint Comprehensive Plan of Action (JCPOA) signed between Iran and six countries and the imposition of sanctions on Iran. According to the decision of the Iranian parliament, as of February 23, Iran suspended the implementation of additional steps and an additional protocol provided for in the nuclear deal.

According to the statement made by the former Head of the Iranian Atomic Energy Organization Ali Akbar Salehi on May 24, Iran's nuclear activities continue, and Iran is currently enriching uranium to 60 percent, 20 percent and 5 percent.

In January 2016, JCPOA was launched between Iran and the P5+1 group (US, Russia, China, UK, France, and Germany) in connection with Iran's nuclear program. In May 2018, the US announced its withdrawal from the deal and imposed sanctions on Iran in November of the same year.

To preserve the agreements reached as part of the JCPOA, the European signatories of the deal started in January 2019 that a financial mechanism for maintaining trade with Iran called INSTEX was formed.

On May 8, 2019, Iran announced that it had ceased fulfilling its commitments regarding the sale of over 300 kilograms of uranium, as stated in the deal, basing its decision on the other signatories that have not fulfilled their obligations. On July 7, Iran announced that it will not be fulfilling its commitments regarding the enrichment of uranium at 3.67 percent and the reconstruction of the Arak Heavy Water Reactor Facility as stated in the deal.

Iran announced that it will enrich uranium using next-generation centrifuges and will not mix it with the enriched uranium residues as part of the third step of reducing commitments in JCPOA on Sept.5.

On Nov. 5, 2019, Iran announced that it took the fourth step in connection with reducing its commitments to the nuclear agreement. So, uranium gas is being pumped to the centrifuges at the Fordow Fuel Enrichment Plant.

On Jan.2020, Iran took the last fifth step in reducing the number of its commitments within JCPOA.