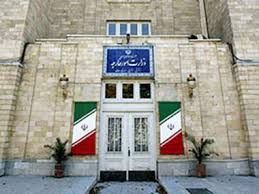 Foreign military intervention is the main cause of tension in the Middle East, the Iranian foreign ministry spokesman Bahram Ghasemi said.

"The regional stability has to be provided and fortified by the countries of the region without foreign intervention," Farsnews cited Ghasemi as saying.

The diplomat reiterated that as Iran has reaffirmed before, its missile tests are in the direction of its defense agenda and does not violate any of international commitments Iran is obliged to do.

According to Ghasemi, Iran’s principled policy in the region has been establishing and maintaining stability. "Iran had spared no effort to improve security conditions in the region," he added.