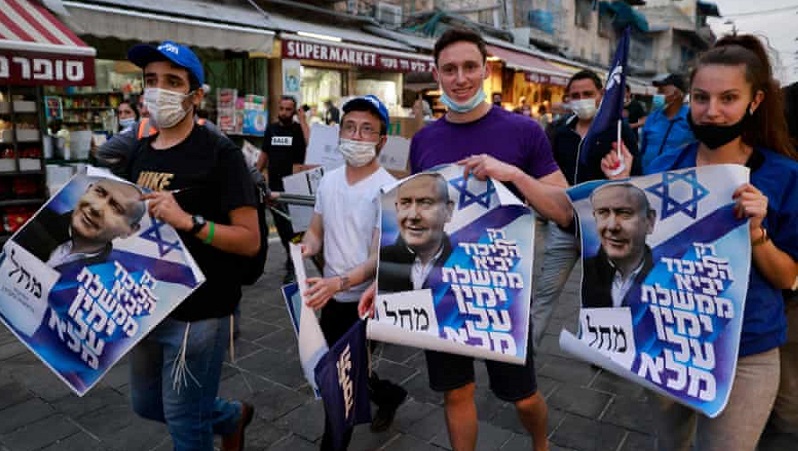 Israel’s citizens went to the ballots on Tuesday to vote for the 24th Knesset and the country’s leadership for the next four years, for the fourth time in less than two years, according to TPS.

The 6,578,084 eligible voters can arrive at 12,127 ballots across the country and cast their vote for one of the 39 parties running for the Knesset.

An additional 124,829 Israelis are eligible to vote for the first time, an increase of 1.9% from the previous elections.

Convicts can vote at 61 ballots in prisons, and patients can vote at 309 ballots posted in hospitals. Some 340 special ballots for patients infected with Coronavirus and another 420 for Israeli in quarantine were placed at several locations.

For the first time in history, a special ballot box will be placed at Ben Gurion Airport for passengers entering Israel and who are required to enter quarantine. Some 2,600 are expected to enter the country on Elections Day.

The ballots cast by Israeli representatives at 99 locations around the globe have already arrived in the country.

Israel’s police deployed 20,000 officers and security personnel to maintain the peace and ensure that Election Day proceeds in a democratic fashion.

A party requires some 140,000 votes, about 3.25 percent of the votes which are equal to four seats in the Knesset, to pass the electoral threshold, and therefore the majority of the parties will not be voted into Israel’s parliament.

Israel is voting for the fourth time after Netanyahu and Blue and White head Benny Gantz formed a government that collapsed after only a few months.

After another exceptionally vicious campaign that focused primarily on the candidates rather than on the issues at hand, Israel is again holding its breath in anticipation of the exit polls, which are slated to be published at 10 PM local time.

It should be noted that the exit polls last elections in 2015 failed to predict the actual outcome of the elections, and one of the polls in the April 2019 elections was way off the mark. September’s exit polls were fairly accurate.

The last polls published showed that Netanyahu and the right had a slight lead, possibly enough votes to form a government without political maneuvering.

A determining factor will be the voter’s turnout, as several parties are teetering on the electoral threshold. According to the Knesset’s Research and Information Center, the last three election campaigns saw a cumulative increase of 3% in the overall turnout: 68.5% in the 21st Knesset elections, 69.8% in the 22nd Knesset elections and 71.5% in the 23rd Knesset elections. The turnout was higher in Arab localities.

The actual results may be late in coming due to the many votes cast by Corona patients and others in double envelopes, which are counted separately and take more time.