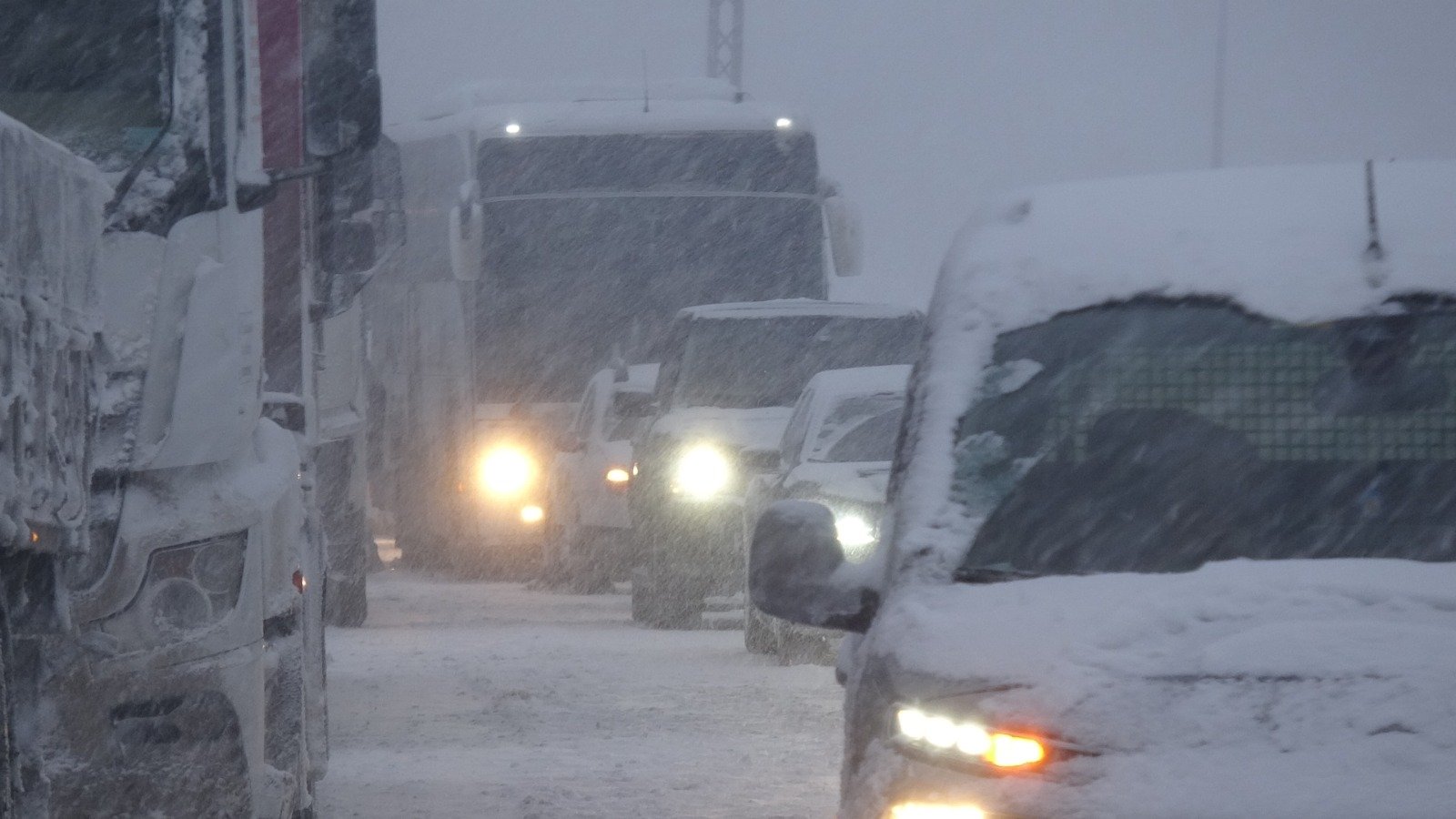 The Istanbul-Ankara TransEuropean Motorway (TEM) and the D-100 highway have been closed to traffic after heavy snowfall and blizzards across Turkey on Sunday.

According to a statement made by the General Directorate of Highways, the two highways have been closed and everyone is urged to avoid traveling.

Istanbul Governor Ali Yerlikaya also made a statement, saying that people should avoid driving toward Ankara, as the roads between Düzce and Gerede districts have been closed due to heavy snowfall.

Earlier this week, 2,000 people were stranded on a major highway in the south.