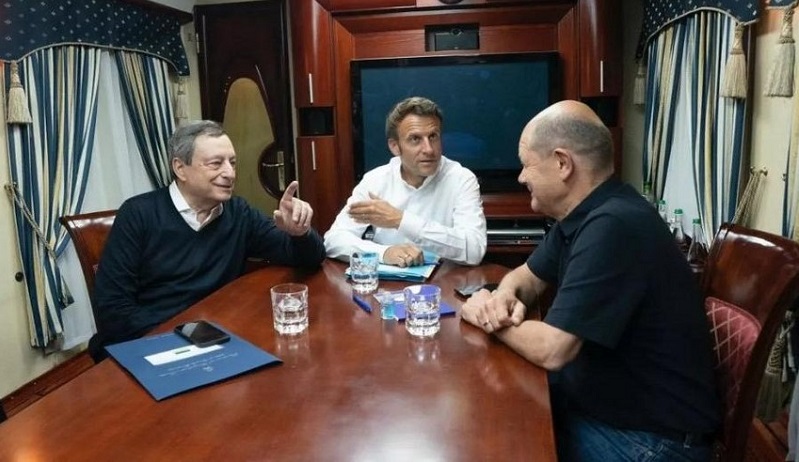 “European leaders are already in Ukraine,” the host of the morning news program said.

Earlier, Bild am Sonntag reported that three European leaders would visit Ukraine, citing Ukrainian and French government sources. Journalists later learned that they were to arrive in the Ukrainian capital by train on the morning of June 16.

The expected trip has not been announced for security reasons.