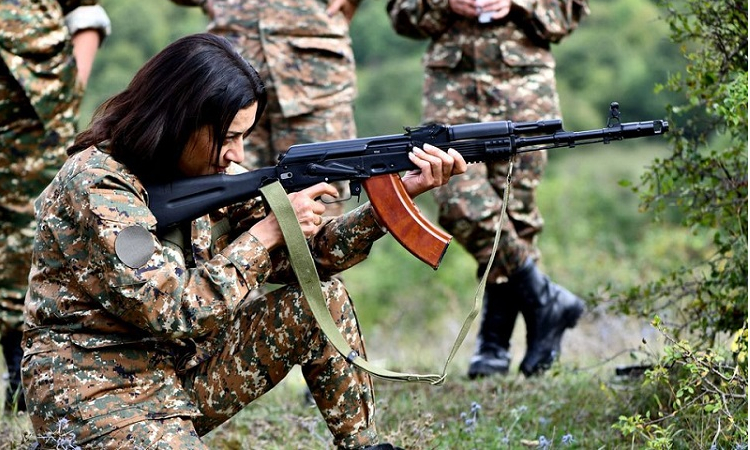 The Italian news portal Eurasianews has published an article on the provocative actions taken by Anna Hakobyan, the spouse of Armenian Prime Minister Nikol Pashiyan.

The article, entitled “Hakobyan is preparing Armenian women or an attack on Azerbaijani civilians”, says although currently there is no particular violence on the Azerbaijan-Armenia state border and along the line of contact between the two countries’ troops after the July clashes, there are some worrying points regarding the conflict.

“In 2018, Anna Hakobyan, who in recent months has appeared in the media for her economic and financial machinations with her husband Pashinyan, presented herself as a promoter of peace in the region and also invited Azerbaijani women to join the "Women for Peace" campaign. Only a year and a half later, reports emerged of Hakobyan’s participation together with “peace-loving women” in military exercises in Nagorno-Karabakh, an Azerbaijani region occupied by Armenia for about three decades. Hakobyan, by ignoring calls for peace, invites women to defend Nagorno-Karabakh, even with the use of weapons. The photos taken during the military exercises are yet another manifestation of the true nature of Pashinyan’s revolutionary dictatorship. If women in Armenia are also preparing for a war, how can one believe in this country’s desire for?”, reads the article.

The July clashes, as well as such actions by Armenian women, once again confirm the remarks “Armenia is ready for new wars for new territories”, voiced by Armenia’s defense minister before this country’s attack in the direction of Azerbaijan’s Tovuz district.