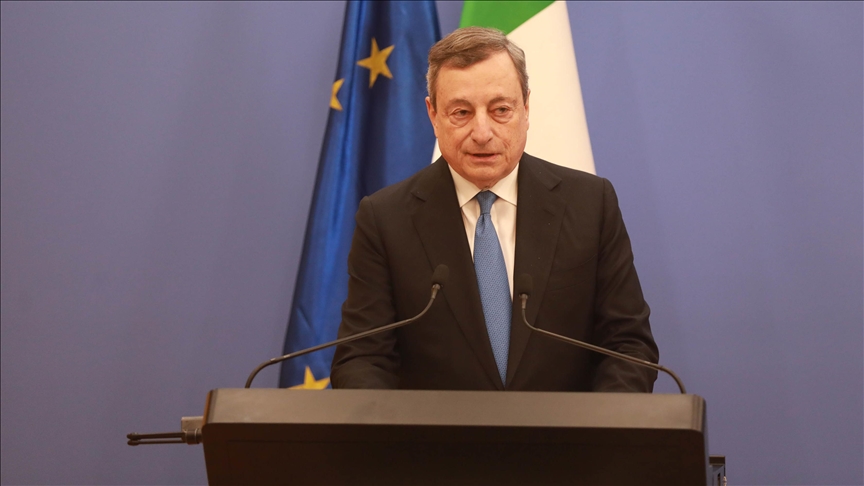 Italian Prime Minister Mario Draghi has resigned after key coalition allies boycotted a confidence vote and withdrew their support for his government, the head of state's office said in a statement on Thursday, News.Az reports citing Daily Sabah.

Draghi tendered his resignation to President Sergio Mattarella during a morning meeting at the Quirinale Palace. Mattarella's office said the president had "taken note" of the resignation and asked Draghi's government to remain on in a caretaker fashion.

Italy's government crumbled on Wednesday when three of Draghi's main partners snubbed a confidence vote he had called to try to end divisions and renew their fractious alliance.

"In the light of the vote taken by the Senate last night ... I am on my way to the president of the republic to inform him of my intentions," he said.

Earlier, Draghi informed the lower house of parliament, where he received lengthy applause from lawmakers.

The political crisis has up-ended months of stability in Italy, which the respected former central banker Draghi had helped shape.

Europe's tough response to Russia's invasion of Ukraine had boosted the country's standing in financial markets.

Italian bonds and stocks sold off sharply on Thursday just as markets were bracing for the first interest rate hike from the European Central Bank since 2011.

In early trade, benchmark 10-year Italian bond yields soared over 20 basis points to their highest in over three weeks and Italian stocks opened down 1.8%.