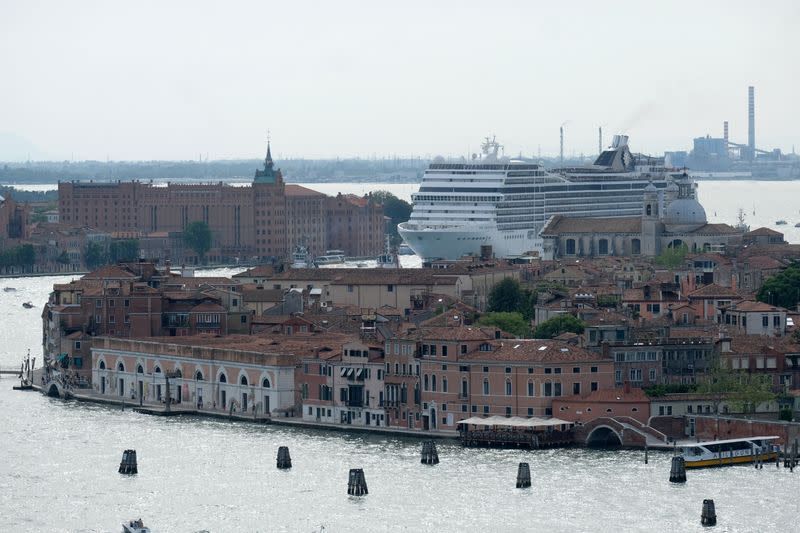 Italy’s government has ruled that large cruise ships and container vessels must not pass close to Venice’s historic centre and should instead dock in a different location to preserve the famed lagoon, according to Reuters.

A decree approved late on Wednesday called for public consultations on building a terminal outside the lagoon where passenger vessels over 40,000 tons and container ships can berth without passing in front of Saint Mark’s square.

In the meantime, large boats must dock at the industrial Marghera Port, far from the Grand Canal.

“Anyone who has visited Venice in recent years has been shocked to see these ships, hundreds of metres long and as tall as apartment buildings, passing through such fragile places,” Culture Minister Dario Franceschini said on Thursday.

Venice residents have been urging governments for years to ban large ships from the lagoon and concerns were heightened after the Costa Concordia, a 114,500 tonne liner, sank off the Tuscan island of Giglio in 2012, with the loss of 32 lives.

In 2019, a cruise ship collided with a dock and a tourist boat in Venice as it was approaching a passenger terminal on the Giudecca canal, injuring four people.

The government said in a statement that it wanted to “reconcile the needs to protect the artistic, cultural and environmental heritage of Venice and its lagoon with those related to cruise activity and goods traffic”.

It was not immediately clear if this latest attempt at protecting Venice from large cruise ships would succeed.