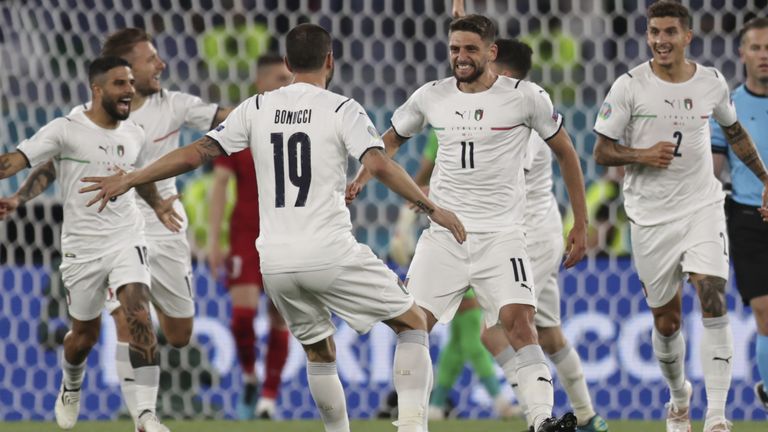 Italy clinched an easy 3-0 victory against Turkey on Friday in the opening match of the EURO 2020.

Italy had a strong start to the match as Napoli winger Lorenzo Insigne missed a goal-scoring opportunity in the 17th minute.

Five minutes later, Turkish goalie Ugurcan Cakir pulled off an incredible reflex save on a header from Giorgio Chiellini.

Cakir made another save to deny Ciro Immobile in the 43rd minute.

Neither team was able to break the deadlock in the first half at Rome Olympic Stadium.

But in minute 53, scoring was opened with an own goal from Turkish defender Merih Demiral.

Italy doubled the gap when Immobile netted from close-range in the 66th minute.

In the 79th minute, Insigne fired a close-range missile to clinch the shutout.