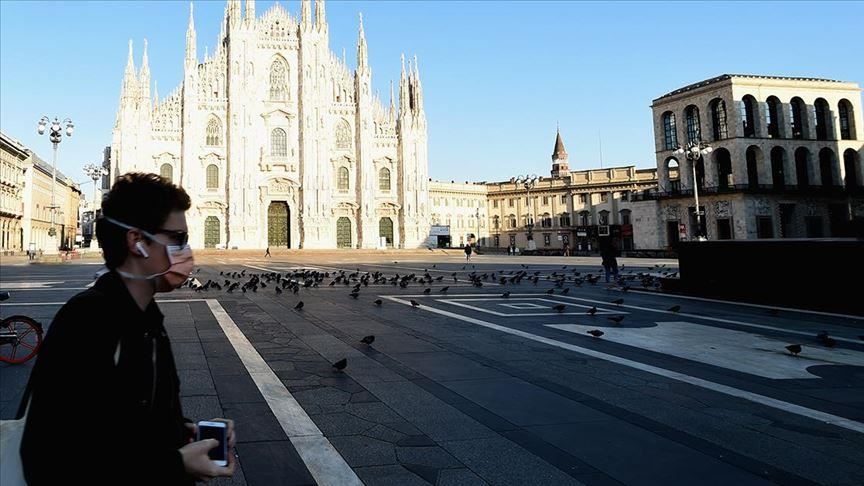 Italy on Wednesday reported 195 new fatalities from coronavirus, bringing the death toll to 31,106, as the government found an agreement on the much-awaited economic package needed to face the heavy fallout from the pandemic, Anadolu Agency reports.

Data released by Italy’s Civil Protection Department confirmed the peak of the outbreak has been left behind, but the focus has now shifted to the social and economic consequences of the two-months long lockdown.

The epicenter of the Italian outbreak remains the northern Lombardy region, where fatalities have kept rising to reach 15,185, almost half of the country's total deaths.

The government remains under deep pressure to deliver a new package of economic measures, worth up to €55 billion ($60 billion), which should include new liquidity for struggling firms and welfare support for citizens hit hard by the emergency.

After several postponements, the Cabinet met on Wednesday to discuss the measures, after a difficult compromise was reached between the parties forming the fragile ruling coalition. It is now expected to unveil the full package by Thursday.