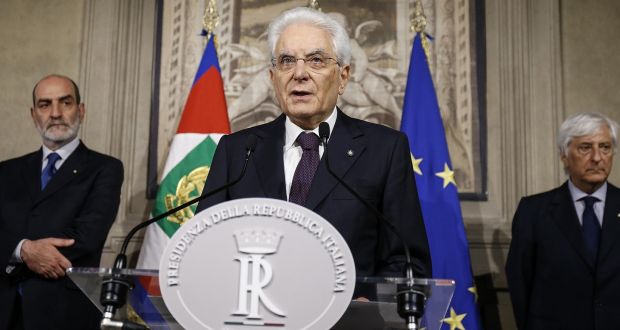 His re-election -- which the parliament voted with a broad majority on Jan. 29 -- came after the country's major political forces failed to find a deal on a possible successor.

Although initially reluctant, Mattarella accepted to serve a second term citing a" sense of responsibility during the (current) health and economic emergency" linked to the pandemic.

He stressed it again at the opening of his address on Thursday. "Parliament and regional representatives made their choice ... it has been a new and unexpected call of duty for me, which I cannot and I do not want to avoid," he said.

His swearing-in speech before the parliament was welcomed with long minutes of applauses and a standing ovation. Addressing lawmakers, Mattarella stressed the country's need of unity in this delicate phase of recovery, and outlined some of the priorities to deal with in the short future, including a broad reform of the judiciary system.

The president also spoke against "the forced compression of parliamentary debate," which occurred in the last two years -- thus affecting the parliament's role in favor of the cabinet -- because a swift decision-making process was needed in the COVID-19 emergency.

"Within a necessary collaborative dialogue with the cabinet ...parliament should always be given adequate time to examine and evaluate crucial draft bills," Mattarella stressed.

This is the second time head of state is re-elected in Italy since 1948. Mattarella's predecessor Giorgio Napolitano served a second term, and only for less than two years.

After the swearing-in ceremony in the parliament, an acrobatic flight team exhibited in a traditional aerial parade as the president and Prime Minister Mario Draghi were being driven from the lower house to the Quirinale presidential palace.

In Italy, the president is traditionally a ceremonial figure that represents national unity. However, the role becomes crucial in the case of major political impasses.