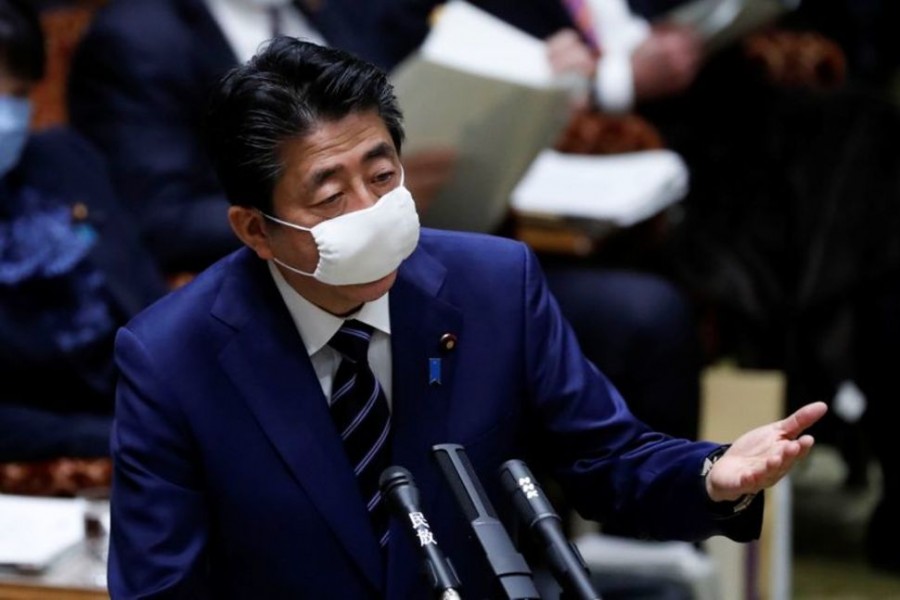 Japanese Prime Minister Shinzo Abe will declare a state of emergency over the coronavirus as early as Tuesday, the Yomiuri newspaper reported, as the number of infections topped 1,000 in the capital, Tokyo, Reuters reported.

Abe will likely announce his plans to declare the emergency on Monday, the paper said.

Pressure had been mounting on the government to make the move as the pace of infections - while slow compared with harder-hit countries around the world - continues to accelerate.

Tokyo Governor Yuriko Koike indicated last week she would favour a state-of-emergency declaration as a means to help her push residents for stronger social-distancing measures.

Under a law revised in March to cover the coronavirus, the prime minister can declare a state of emergency if the disease poses a “grave danger” to lives and if its rapid spread could have a huge impact on the economy. The virus has already increased Japan’s recession risk.

The move would give governors in hard-hit regions legal authority to ask people to stay home and businesses to close, but not to impose the kind of lockdowns seen in other countries. In most cases, there are no penalties for ignoring requests, although public compliance would likely increase with an emergency declaration.

More than 3,500 people have tested positive and 85 have died from the new coronavirus in Japan, according to public broadcaster NHK.

While that toll is low compared with 335,000 infections and more than 9,500 deaths in the United States, experts worry about a sudden surge that could strain the medical system and leave patients with nowhere to go.