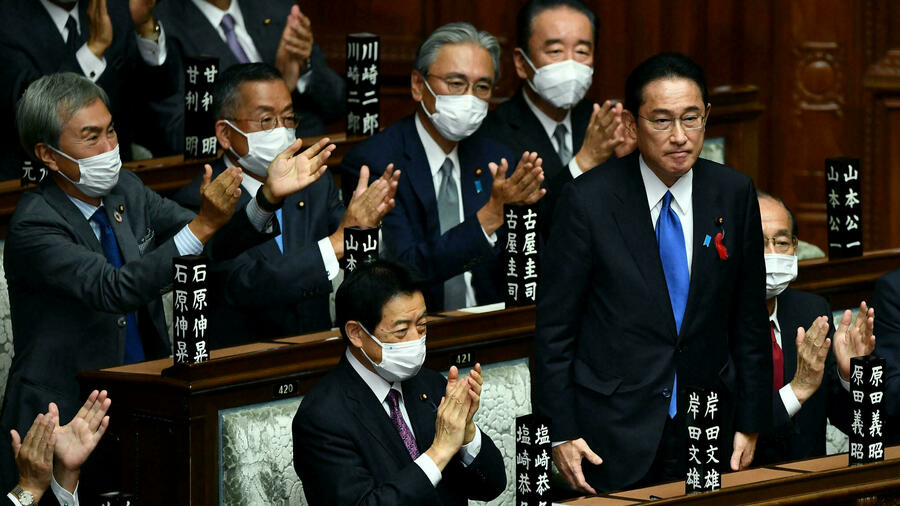 The long-ruling Liberal Democratic Party, led by new Prime Minister Fumio Kishida, is campaigning to maintain its majority in parliament in October 31 elections.

It announced pledges on Tuesday including tackling the pandemic and working to boost the middle class.

And it laid out longer-term policy goals including expanding Japan's defence budget beyond two percent of GDP, a ratio that would put it on par with members of the North Atlantic Treaty Organisation (NATO), the party said.

That would mark a departure from Japan's political tradition of capping defence spending below one percent of its GDP, which stands around $5 trillion.

The Japanese defence ministry is currently asking for around $50 billion for the coming fiscal year from April.