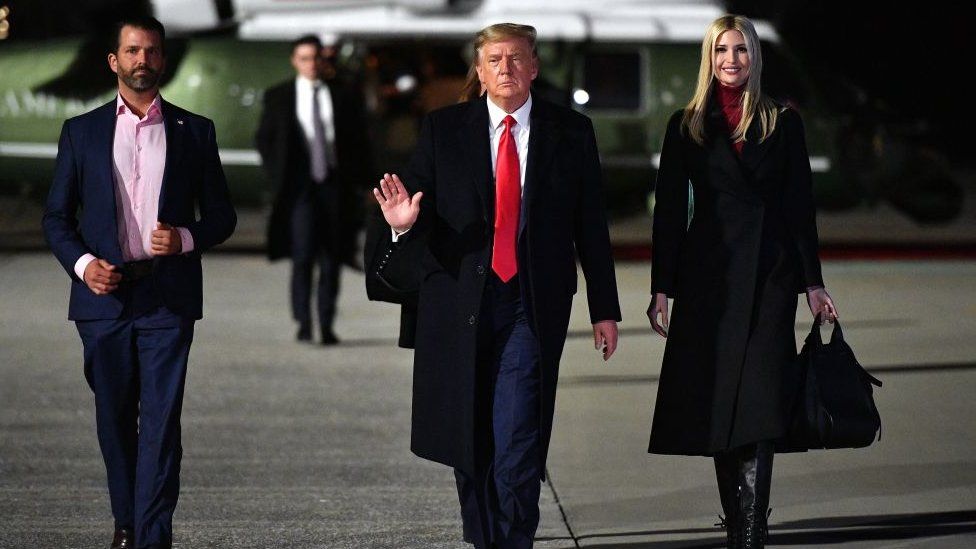 Former US President Donald Trump and two of his children must answer questions under oath in a New York investigation into their business practices, a judge has ruled, News.Az reports citing BBC.

Mr Trump must sit for sworn testimony within 21 days.

He denies the accusations, and is expected to appeal the decision.

He could also invoke his right to remain silent in any deposition.

The Trump Organization said in a statement to the BBC: "The entire system is corrupt."

New York Attorney General Letitia James' investigation had uncovered "copious evidence of possible financial fraud", the judge said, giving her a "clear right" to question under oath the former president and two of his children involved in the business.

Mr Trump, 75, has called the investigation politically motivated and a "witch-hunt" by Ms James, a Democrat.

Whether Donald Trump will actually answer questions under oath about his business practices is an open question.

An appeal is almost certainly forthcoming. And if that is unsuccessful, Mr Trump may decline to answer the questions, as his son Eric Trump did under similar circumstances in 2020.