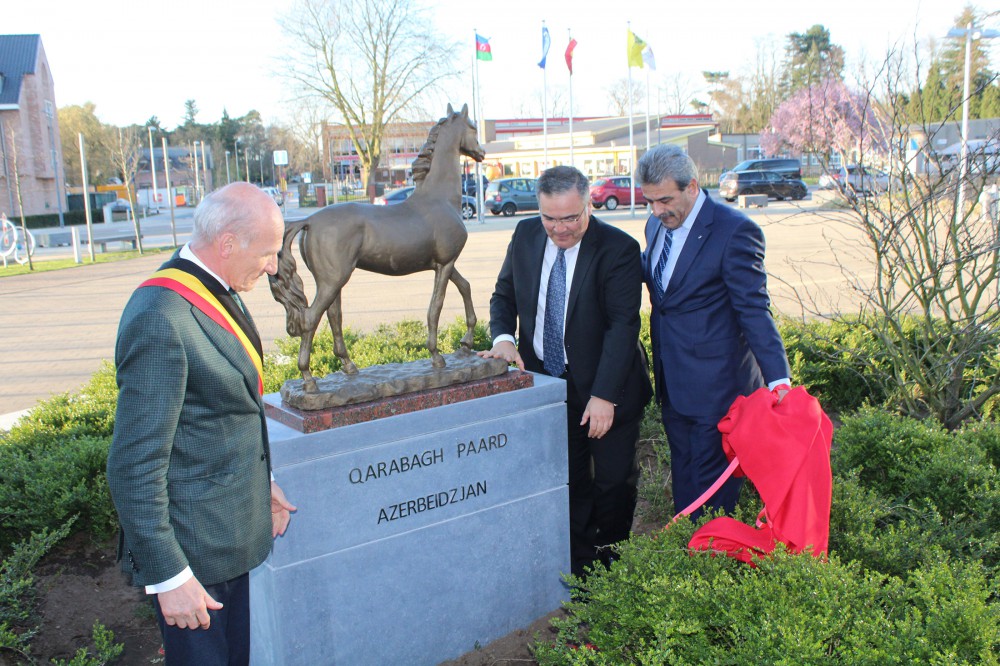 A ceremony to unveil a monument to Karabakh horse has been held in the central square of the city of Ham, Belgium.

Made with the support of Azerbaijan Equestrian Federation, the monument was presented to the municipality of Ham, AzerTag reports.

Addressing the unveiling ceremony, Mayor of the city of Ham Dirk De Vis hailed close cooperation between Azerbaijan and Belgium. He described the erection of the monument to Karabakh horse, which is famous all over the world due to its exceptional qualities, as a symbol of friendship between the two nations.

Chair of Belgium-Azerbaijan Friendship Society Ayhan Demirchi hailed the Azerbaijani community's efforts to bring the two countries and nations closer to each other, saying the erection of monument is a landmark event in this regard.

Azerbaijani ambassador to Belgium Fuad Isgandarov described the successful cooperation between Azerbaijan and the city of Ham as the best example of cultural and inter-religious dialogue.

The event also featured the screening of a promotional video on Azerbaijan.