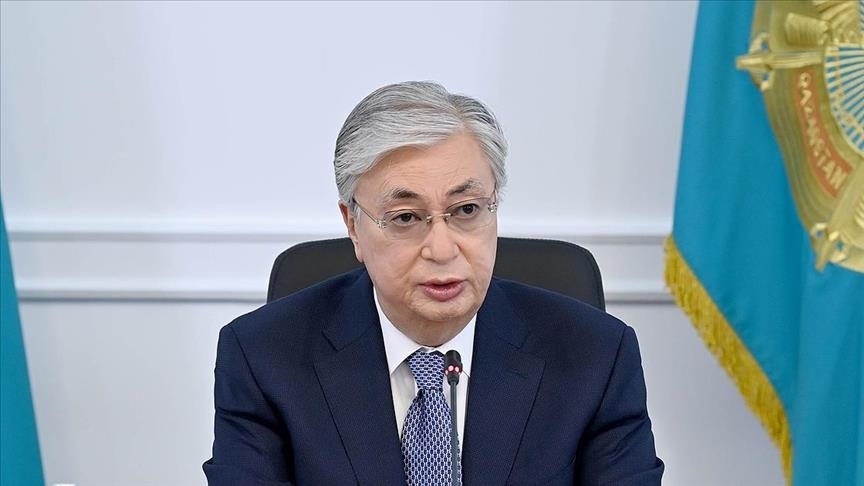 Kazakh President Kassym-Jomart Tokayev said on Monday that the recent protests in the country triggered by a rise in fuel prices was "an attempted coup d'etat," News.Az reports citing Anadolu Agency.

He was addressing leaders of the Collective Security Treaty Organization (CSTO), a military alliance of former Soviet states led by Russia, during an extraordinary virtual meeting.

Tokayev said the protests started "on a command" and the demonstrators at first tried to capture weapons and military equipment.

He claimed that "terrorists, including foreign fighters," took the most active part in the riots, adding that 16 law enforcement personnel were killed, including two who were beheaded.

Kazakhstan will soon present to the world evidence of the terror plan, the head of state said.

Tokayev said order in the country has been restored, the "anti-terrorist" operation could be completed soon, and on Tuesday he will present a new potential Cabinet for consideration of the parliament.

The Kazakh leader praised the CSTO's role in ending the unrest, saying all member countries were united in their stance to support Kazakhstan, and that the arrival of the peacekeeping mission helped regain control of Almaty, the commercial hub and former capital.

The unrest began on Jan. 2 when the cost of liquefied petroleum gas (LPG) doubled. Tokayev initially declared a state of emergency in Almaty and Mangystau from Jan. 5-19, before expanding it nationwide.

His Cabinet also resigned, but the protests did not end. He then requested the Eurasian military alliance for help, which sent troops to quell the unrest.

Belarusian President Alexander Lukashenko called on his partners "to learn lessons" from the situation in Kazakhstan. He said although external interference in Kazakhstan is not as visible as it was in Belarus (during the 2020 protests over his election win), he is sure the Kazakh authorities "will finally come to this point."

Russian President Vladimir Putin called the protests "an attack on Kazakhstan" and "an act of aggression," stressing that the protests were not provoked by an increase in fuel price only.

He said the CSTO peacekeeping mission should not be called "occupational forces" and the peacekeeping contingent will be pulled out as soon the situation fully normalizes.

Tajik President Emomali Rakhmon suggested forming a common list of terrorist organizations, which could be valid in all CSTO countries.