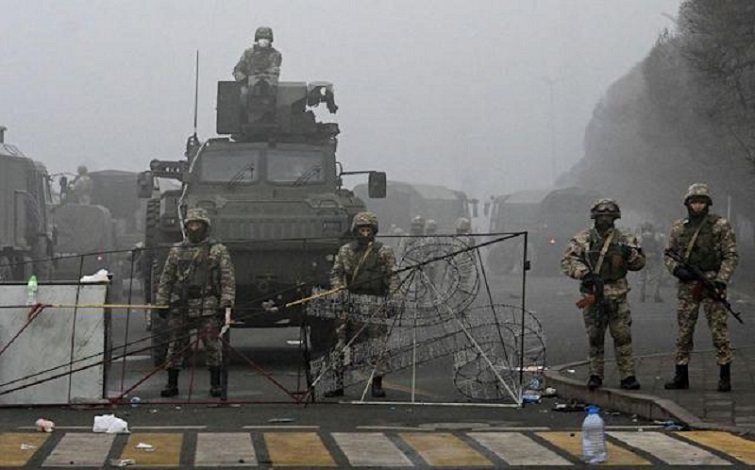 President of Kazakhstan Kassym-Jomart Tokayev said that he had given an order to the law enforcement agencies and the army to open fire to kill terrorists without warning, News.Az reports citing TASS.

"I ordered the law enforcement agencies and the army to open fire to kill without warning," Tokayev said while appealing to people on Jan. 7.

He also said that the Kazakh authorities do not intend to negotiate with the terrorists.

"The calls are made abroad for the sides to negotiate to resolve the problems peacefully," President Tokayev said. "What nonsense! What negotiations can be held with criminals, murderers? We had to deal with the armed and trained criminals."