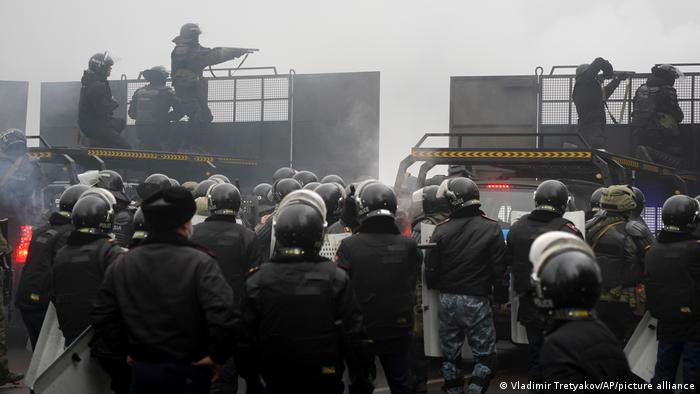 Demonstrators have forced their way into a government building in Almaty, Kazakhstan’s biggest city, as rare protests that began over a sharp rise in fuel prices extended into a fourth day, News.Az reports citing Al Jazeera.

Armed with clubs and metal bars, protesters stormed into the mayor’s office on Wednesday, according to local news website Zakon.kz.

An Instagram live stream by a Kazakh blogger showed a fire blazing at the office and gunshots could be heard nearby.

A crowd was seen gathering outside the building against a backdrop of stun grenade explosions, which were reportedly set off by security forces.

More than 1,000 people were taking part in the demonstration, the AFP news agency reported, citing a correspondent at the scene.

More than 200 people have been arrested.

In an attempt to quell the crisis, President Kassym-Jomart Tokayev, who has blamed foreign “provocateurs” for the protests, sacked Kazakhstan’s government earlier on Wednesday and declared a state of emergency in Almaty and the surrounding province, with a curfew and movement restrictions.

A state of emergency was also later declared in Nur-Sultan.