Large fire breaks out at oil facility in crisis-hit Lebanon 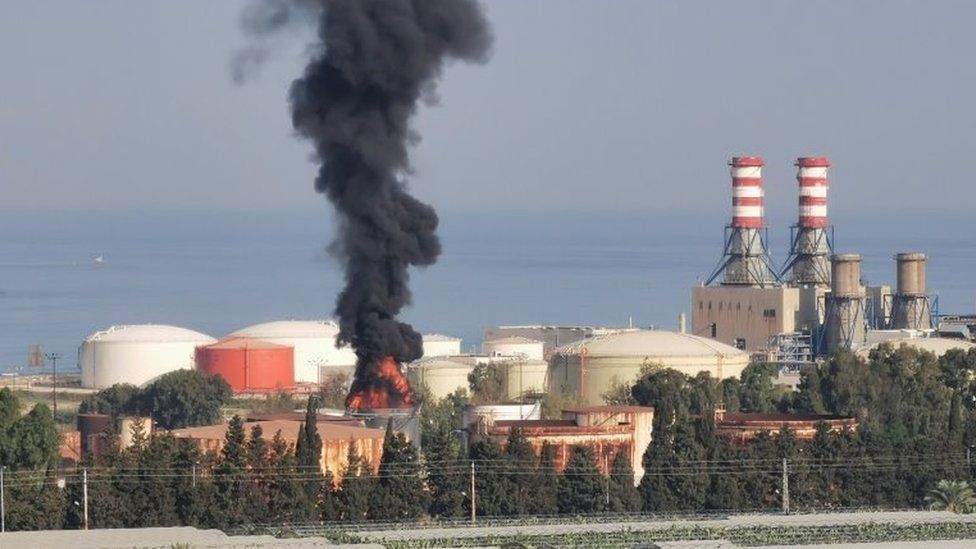 Firefighters say they have extinguished a large blaze at an oil facility in southern Lebanon, which is in the grip of a severe energy crisis, News.Az

The fire erupted on Monday morning in a petrol tank belonging to the army at the Zahrani Oil Installation, sending a plume of black smoke into the sky.

No casualties have been reported.

The facility is close to one of Lebanon's two biggest power plants, which both had to shut down two days ago because of a shortage of fuel.

The Zahrani and Deir Ammar plants received emergency deliveries of gas oil from the army on Sunday night to help them restart operations.

That returned the state electricity supply to the level before the blackout - only about one or two hours a day, with people depending on expensive private generators to keep the lights on at other times.

An economic collapse has left Lebanon dangerously short of fuel as well as other basic necessities, such as medicine, electricity and even drinking water.

The cause of the blaze in Zahrani, about 50km (30 miles) south of the capital, Beirut, is not yet clear.

However, a worker at a nearby plantation told AFP news agency that he heard a loud bang before the fire broke out in the tank, which reportedly held 300,000 litres (65,990 gallons) of petrol.

As civil defence units battled the blaze for four hours, the army closed the main highway linking Beirut and the south as a precaution.