Last 7 years to be hottest on record - report 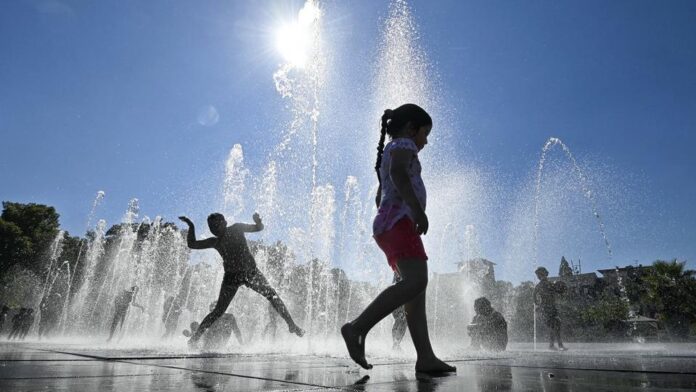 The World Meteorological Organization (WMO) warned Sunday that the years from 2015 to 2021 were on track to be the hottest seven years on record, in yet another example of global warming as the planet headed into "uncharted territory" in climate change, News.Az reports citing AFP.

Based on data for the first nine months of the year, the WMO said 2021 was likely to be between the fifth and seventh warmest year on record – despite the cooling effect of the La Nina phenomenon that lowered temperatures at the beginning of the year.

"From the ocean depths to mountain tops, from melting glaciers to relentless extreme weather events, ecosystems and communities around the globe are being devastated," said United Nations Secretary-General Antonio Guterres in a statement on the report.

He added that the two-week COP26 climate conference "must be a turning point for people and planet."

The WMO found that the average temperature for 2021 was around 1.09 degrees Celsius higher than pre-industrial levels.

And the average temperature over the last 20 years (2002-2021) for the first time exceeded the symbolic threshold of 1 degree Celsius above the mid-19th century, when humans began burning fossil fuels on an industrial scale.

This will "focus the minds of delegates at COP26 aspiring to keep global temperature rise to within the limits agreed in Paris six years ago," said Stephen Belcher, chief scientist at Britain's Met Office.

Since then the world has seen a litany of weather disasters including record-shattering wildfires across Australia and Siberia, a once-in-a-thousand-year heat wave in North America and extreme rainfall that caused massive flooding in Asia, Africa, the U.S. and Europe.

"There is mounting scientific evidence that some of these bear the footprint of human-induced climate change."

The state of the climate report is a snapshot of planetary health, including temperatures, extreme weather, glacier retreat and ice melt.

Ocean acidification due to the absorption of carbon dioxide by the seas was "unprecedented" in at least 26,000 years, the WMO said, adding that this will lessen the ability of the oceans to take in more C02.

Meanwhile, sea level rise – mainly caused by the expansion of warming seawater and the melting of ice on land – was at a new high.

The report is "shocking and deeply disturbing and yet another wake-up call to world leaders that time has run out for talk," said Jonathan Bamber, Director of the Bristol Glaciology Centre, in comments to the Science Media Centre.

He said on the current trajectory, sea-level rise could exceed 2 meters (more than 6 feet) by 2100, which could displace some 630 million people worldwide.

"The consequences of that are unimaginable," said Bamber.

"What is required now is profound and comprehensive action by every nation and state actor to limit further and deeper climate breakdown."