Lavrov: Many aspects of Nagorno-Karabakh settlement already agreed upon 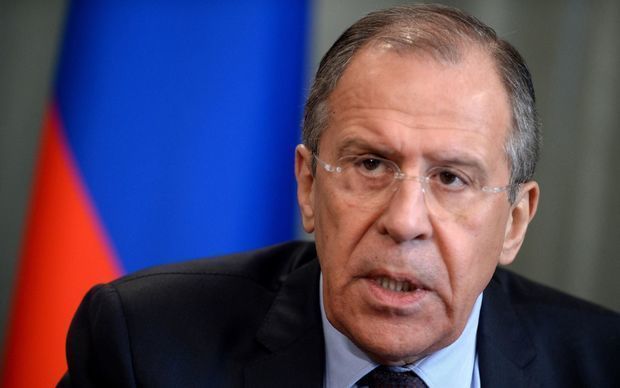 Diplomatic relations between our countries were established 25 years ago, and we’re going to celebrate this important anniversary on April 4. However, it is well known that the ties between the peoples of Russia and Azerbaijan date back to centuries ago. Today, Russia and Azerbaijan are strategic partners. Our cooperation is based on the principles of equality and good neighborliness, centuries-old traditions of friendship, shared history and culture. For a quarter of a century, we have managed to preserve and largely increase this heritage on the basis of two fundamental documents - the Treaty on Friendship, Cooperation and Mutual Security of July 3, 1997 and the Declaration on Friendship and Strategic Partnership of July 3, 2008.

We note with satisfaction that Russia-Azerbaijan relations continue to steadily move forward in all directions, acquiring a new quality. It is difficult to underestimate the role in the common efforts of an informal dialogue between the heads of our states. Significant progress was achieved in the economic field in 2014. We reached a record level of 4 billion dollars by the volume of mutual trade. Then, however, the negative effect of fluctuations in national currencies manifested. Now we are actively working on the intensification of trade and investment exchanges. We are counting on maximizing the potential for interregional links and opportunities for business communities of the two countries for this purpose. Among the unchanging priorities is cooperation in the humanitarian sphere with an emphasis on strengthening the inherited common cultural and educational sphere. As a popular platform for discussing the urgent problems of the development of modern society, our joint project—the Baku International Humanitarian Forum under the patronage of the Presidents of Russia and Azerbaijan, which has been widely recognized in the world, has become firmly established.

Russia and Azerbaijan are not only friends, but also neighbors, both in the Caucasus and the Caspian. Therefore, we are developing a productive dialogue not only on a bilateral basis, but also within the framework of multilateral formats. Russia sincerely wants to see its southern neighbor as a stable and prosperous state that is open for wider cooperation. I am convinced that the further deepening of Russia-Azerbaijan relations meets the fundamental interests of our peoples and contributes to the consolidation of peace, security and stability in the South Caucasus.

Peaceful settlement of the Armenia-Azerbaijan Nagorno-Karabakh conflict is one of the priorities of Russia's foreign policy. As in previous years, no steps were taken last year to resolve the conflict. Is Russia, as an OSCE Minsk Group co-chair, and the most important thing - the major country in the region, concerned over the failure to resolve the conflict?

Of course, Russia is concerned over the unresolved Karabakh conflict, and it is not indifferent to what is happening in the neighboring region. We are interested in the restoration of peace and tranquility there, opening of the borders, return of the refugees and resumption of trade and economic ties. That is why, the Nagorno-Karabakh settlement is among our unconditional foreign policy priorities. I cannot agree that no steps were taken to settle the conflict. The Karabakh issue is constantly at the center of attention of international mediators that are regularly making joint and individual efforts aimed at solving this problem. As for Russia, for example, at the initiative of President Vladimir Putin, a tripartite summit dedicated to the issue was held in St. Petersburg. The Nagorno-Karabakh settlement invariably takes an important place in the meetings of Putin with the Azerbaijani and Armenian leaders. In particular, this issue was discussed during Serzh Sargsyan’s visit to Moscow on March 15. Moreover, substantive discussions were held with Armenian Foreign Minister Edward Nalbandian in February and with Azerbaijani Foreign Minister Elmar Mammadyarov in early March. It should be taken into account that the issue of Karabakah settlement is a very delicate subject, therefore the details of the talks are confidential. At the same time, I can say that many aspects have already been agreed upon. There are some issues, the most complicated ones, left. No consensus has been achieved yet. Nevertheless, the work is underway.

After the April events last year, we observed Russia's active mediation efforts to resolve the conflict peacefully. Although it is not officially announced, there are some media reports on the existence of “Lavrov’s plan”. Was there such a plan? And if so, then what is its fate?

I have repeatedly stated that there is no “Lavrov's plan”. At the core of the ideas that are currently being discussed, there are proposals that were jointly worked out by the three co-chairing countries of the OSCE Minsk Group. More precisely, we are talking about the provisions voiced in joint statements by the Presidents of Russia, the US and France. They are well known. Without rejecting this basis, the parties differently see the sequence of the implementation of them. There is no question of changing these proposals or proposing any new plans that radically change the scheme developed by the co-chairs. The main thing is to help the parties find a balanced political solution that will allow them to proceed with the preparation of legally binding documents.

The chiefs of the general staffs of the US and Russian Armed Forces have recently met in Baku. This meeting was highly appreciated by political analysts and experts of Azerbaijan. Is it possible to strengthen cooperation between Washington and Moscow in the settlement of the Nagorno-Karabakh conflict?

Indeed, Valery Gerasimov, Chief of the General Staff of the Russian Armed Forces, and Joseph Francis Dunford, Chairman of the Joint Committee of the US Joint Chiefs of Staff, met in Azerbaijan’s capital on February 16, during which the sides discussed issues of anti-terrorist cooperation between the two countries, particularly in the Middle East region. Russia, the US and France are co-chairing countries of the OSCE Minsk Group – the main platform for negotiation on Nagorno-Karabakh settlement. In this composition the “troika” was formed in 1997, and since then its work is based on a team approach. I have already spoken about joint statements made at the highest level to encourage the parties to seek compromises on key aspects of the settlement. We have established stable cooperation through our foreign policy departments. A good example is the Armenian-Azerbaijani summit, initiated by the US Secretary of State after the April events of last year, with the participation of Russia’s Foreign Minister and France’s Minister of State for European Affairs, which addressed important issues related to stabilization of the situation in the conflict zone. In turn, the US and French co-chairs were invited to the final part of the St. Petersburg meeting. All three co-chairmen are actively interacting with each other. Regularly visiting the region, they take a unified position in negotiations with the leadership of Armenia and Azerbaijan. I believe that such a team approach is an indication of how it is possible and necessary to cooperate on the issues of overcoming international conflicts. I expect that our close cooperation with Washington and Paris on the Karabakh conflict will be continued.

How does Russia see Azerbaijan's possible participation in the process of Eurasian integration? Does Moscow want Baku to join the Eurasian Economic Union?

We can only welcome Azerbaijan’s possible participation in the process of Eurasian integration. The number of Eurasian Economic Union members has increased from three to five within two years of its functioning. This confirms that the Union provides member states with significant advantages that can be obtained only by accessing the common economic space. Today, the Eurasian Economic Union is a capacious common market with a population of more than 182 million people, within the framework of which "four freedoms" are provided: unimpeded movement of goods, services, capital and labor resources. It is important to separately note the benefits of the overall implementation of foreign economic interests: being in the structure of such a powerful integration union, defending these interests in the course of contacts with third countries have become much more effective.