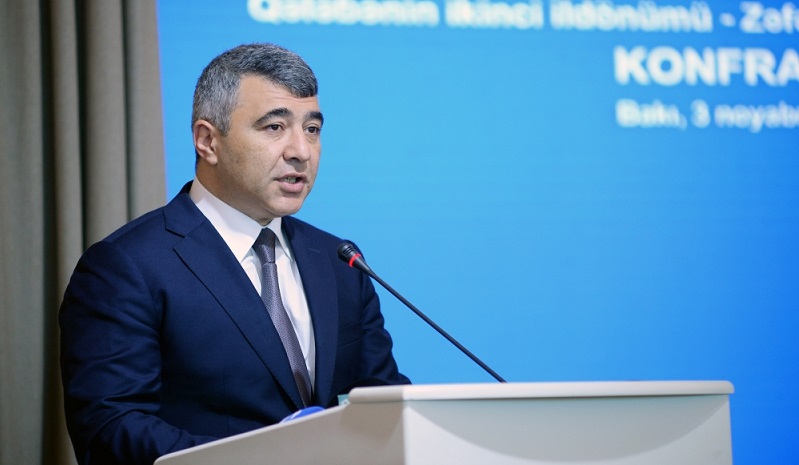 The liberated Azerbaijani territories have a great potential for the development of agriculture, Minister of Agriculture Inam Karimov said on Thursday.

He was speaking at a conference, titled “Post-conflict construction model under the leadership of President Ilham Aliyev” in Baku. The conference was dedicated to the second anniversary of Azerbaijan’s victory in the Second Karabakh War, News.Az reports.

According to Karimov, the production of grain, feed crops and the livestock industry on the liberated territories will be prioritized.