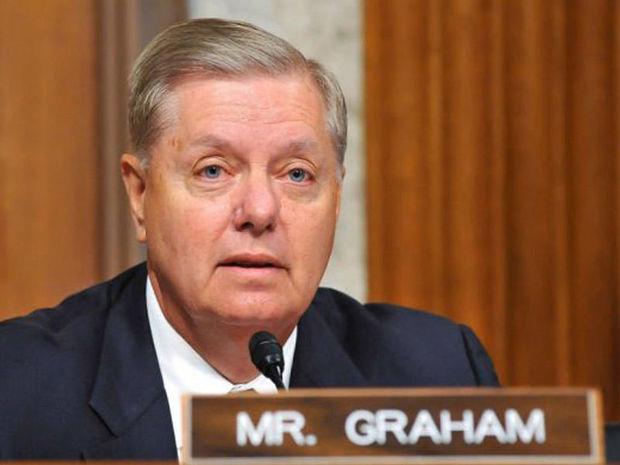 Sen. Lindsey Graham, R-S.C., said Tuesday that President Trump has indicated to him that the administration is prepared to strike North Korea to prevent an attack against the U.S.

"There is a military option to destroy North Korea's program and North Korea itself," Graham said on NBC about potential plans to respond to North Korea's increasingly offensive posture. "If there's going to be a war to stop him [Kim Jong Un], it will be over there. If thousands die, they're going to die over there, they're not going to die here and he's [Trump] told me that to my face."

"And that may be provocative, but not really. When you're president of the United States, where does your allegiance lie? To the people of the United States. This man, Kim Jong Un, is threatening America with a nuclear tip missile. President Trump doesn't want a war, the Chinese can stop this, but to China, South Korea, and Japan, Donald Trump is not going to allow this missile," Graham added.

Graham said the only way North Korea stops pushing forward with its intercontinental ballistic missile program is if they believe there is a "credible threat of military force on the table."

"I'm saying it's inevitable unless North Korea changes because you're making our president pick between regional stability and homeland security. He's having to make a choice that no president wants to make," Graham said. "You can stop North Korea militarily or diplomatically, I prefer the diplomatic approach. But they will not be allowed to have a missile to hit America with a nuclear weapon on top and to allow them to do that is really abandoning homeland security."

North Korea tested a second ICBM over the weekend and is expected to have a missile that could strike the U.S. mainland by next year.