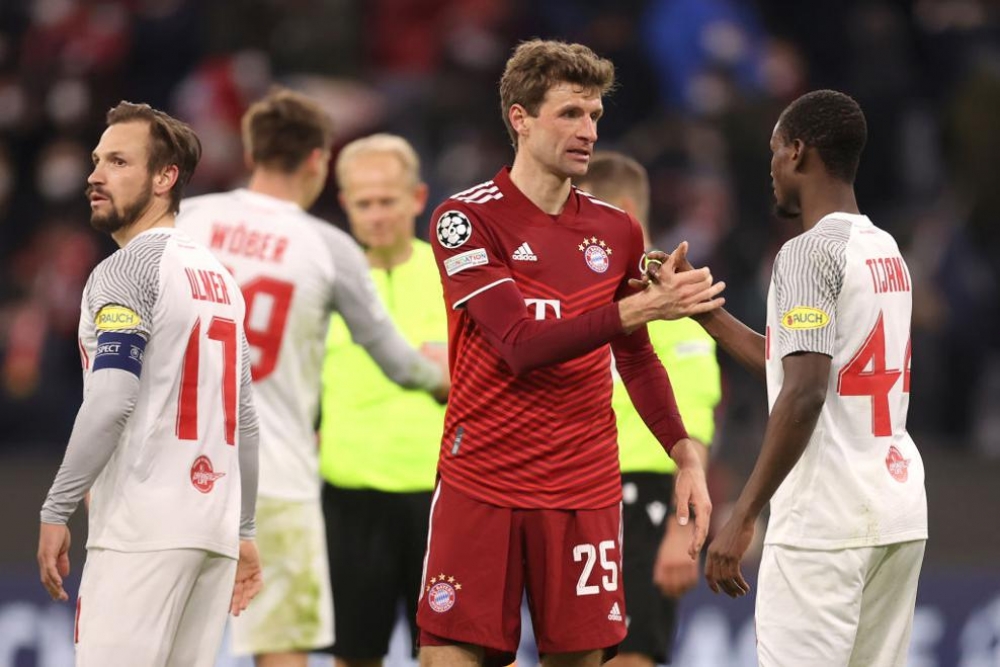 Nicknamed the Reds, Liverpool lost to Italian side Inter Milan 1-0 at home but the English club just managed to reach the next stage of the tournament.

Inter's Argentine forward Lautaro Martinez broke the deadlock in the 62nd minute, sending the ball to the top corner of Liverpool’s net at Anfield Stadium.

Only a minute after Martinez's stunning goal, the Italian club were down to 10 men in the round of 16 second leg.

Inter won the second leg in England, but it wasn’t enough to proceed.

Liverpool previously won the first leg 2-0 in Milan so they bagged the quarterfinals ticket despite Tuesday's loss.

Julian Nagelsmann's men finished the job early as Bayern Munich led the first half after their Polish star Robert Lewandowski made a hat-trick.

German forward Serge Gnabry added a goal in the 31st minute to make it 4-0.

In the second half, Bayern Munich's German forward Thomas Muller scored a double, and his compatriot Leroy Sane netted the seventh goal for the home team near the end of the match.

Salzburg's 18-year-old Danish midfielder Maurits Kjaergaard scored in the 70th minute as a consolation goal for the visitors.

The quarterfinals draw will be on March 18.