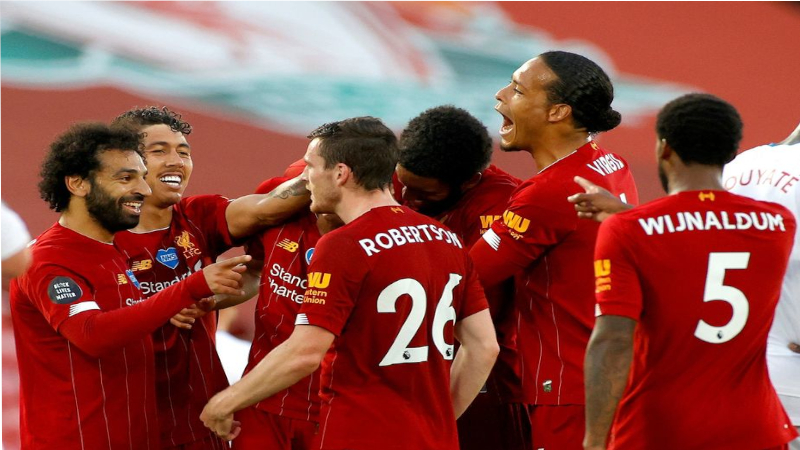 Liverpool were crowned Premier League champions without kicking a ball on Thursday as Chelsea's 2-1 win over Manchester City ended the Reds' 30-year wait to win the English title, AFP reports.

Liverpool had moved within two points of the title with a 4-0 demolition of Crystal Palace at Anfield on Wednesday.

Their 28th win in 31 league games this season prompted Liverpool star Mohamed Salah to declare "now is our time to win the league" and 24 hours later his wish was granted.

Liverpool got the favour they wanted from Chelsea at Stamford Bridge.

Liverpool have clinched the title earlier than any other Premier League champions, breaking the previous record of five games left shared by City and Manchester United.