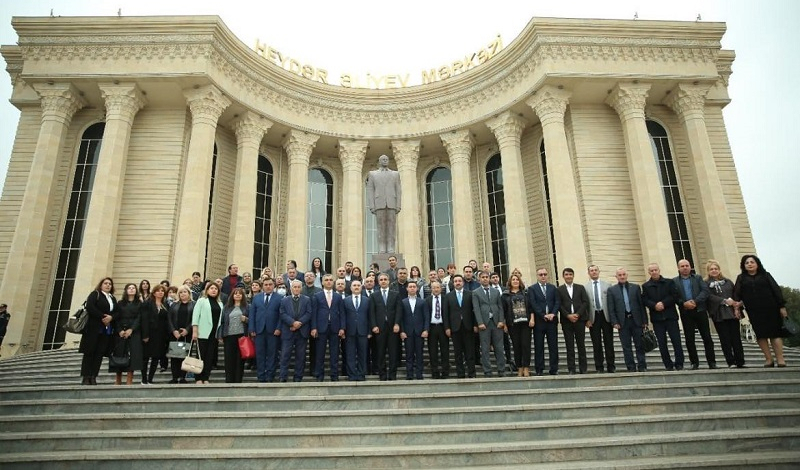 Azerbaijan’s non-governmental organizations (NGO) have appealed to the international community in regards to the military crimes committed by Armenia against cities and districts of Azerbaijan a year ago.

The appeal signed by 49 NGOs reads as follows:

As a result of successful military operations conducted by our army the military forces of Armenia were completely destroyed. With the aim to compensate the loss in the field of battle the Government of Armenia had chosen the civil population living in the cities and districts out of the frontline of the war shooting from different types of heavy weapons including artillery and ballistic rockets committing crimes and military crimes against the mankind and killed civil population including women and children making damage to the property of population as well as infrastructure facilities in a large scale

Thus, the second largest city of Azerbaijan Ganja faced heavy artillery and rocket attacks during the dates of October 4, 5, 8, 11 and 17. In general, as a result of these horrible terroristic acts 26 persons lost their lives, 175 persons were wounded, and a huge number of civil infrastructure facilities and vehicles faced significant damage.

In general, based on the order of the Government of Armenia not only Ganja and Barda, also Yevlakh, Beylagan, Tartar, Gabala, Goranboy, Aghjabadi, Khizi and other cities and districts were attacked with ballistic rockets and other type of heavy artillery weapons. As a result of this military aggression 454 civilians were wounded, 93 civilians died including 12 children and 27 women, totally 12.292 residential and non-residential areas as well as 288 vehicles had been significantly damaged.

Because of this above-mentioned reasons, we as the NGOs of Azerbaijan with the deep feeling of concern would like to attract the attention of international community to the crimes committed against mankind by the political and military government of Armenia a year ago and we are stating that the international humanitarian law especially Geneva Convention adopted in 1949 had been seriously violated.

We, the NGOs that are active in Azerbaijan who are signing this appeal on behalf of civil society of our country would like to apply to human rights protection organizations, NGOs, media representatives, parliament members and governments in all over the world calling them to express their protest regarding the military crimes committed against the civil population of Azerbaijan by Armenia and to announce this type of military acts against civil population as unacceptable.”