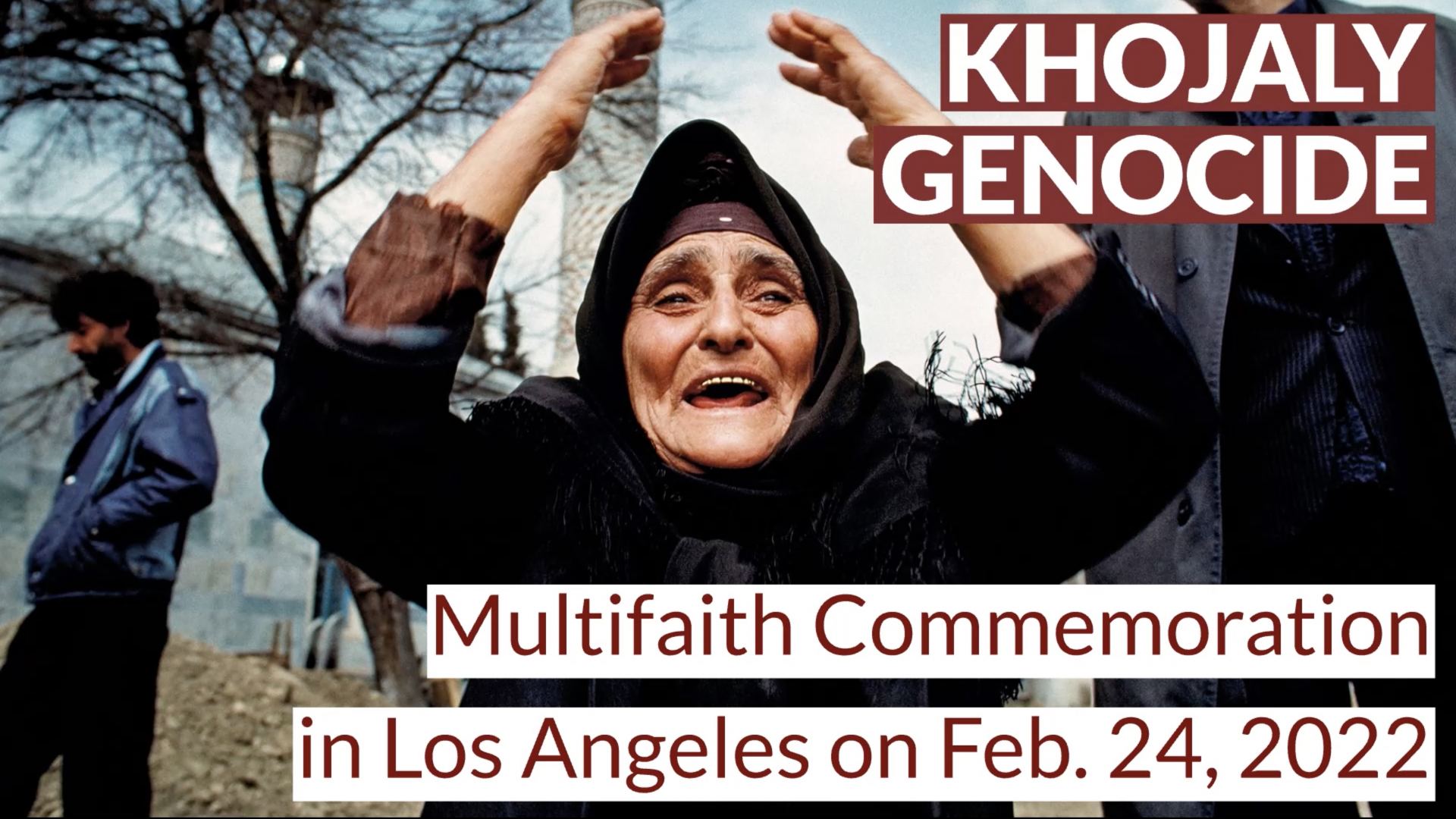 The 30th anniversary of the Khojaly Genocide was commemorated on February 24, 2022 with a virtual multifaith memorial in Los Angeles, the Consulate General of Azerbaijan in Los Angeles told News.Az.

Held by the Consulate General of Azerbaijan in Los Angeles, the event included remarks by diplomats, elected officials, as well as faith and community leaders representing Christian, Jewish, Muslim and Zoroastrian religious communities in Los Angeles and beyond.

Consul General of Azerbaijan in Los Angeles, Nasimi Aghayev, gave detailed information about the Khojaly Genocide, which was committed by Armenian troops on Feb. 25-26, 1992 in and around the town of Khojaly in Azerbaijan, resulting in the brutal slaughter of 613 innocent Azerbaijani civilians, including hundreds of children, women and elderly. Aghayev noted that the Khojaly Genocide was the first genocide in Europe after the end of the Cold War. “Considered by many as an example of modern day genocide, Khojaly challenges what we thought could never happen,” he said. “Unfortunately, the tragedy befalling the Azerbaijani people in the early 1990s did not end with Khojaly. Armenia went further and invaded around 20 percent of Azerbaijan’s sovereign territory, expelling 800,000 Azerbaijanis from their homes and lands,” Aghayev continued.

“An effective international campaign “Justice for Khojaly” launched in 2008 and led by Ms. Leyla Aliyeva, Vice President of the Heydar Aliyev Foundation, has been instrumental in mobilizing efforts aimed at raising international awareness about Khojaly,” the Consul General noted. “A growing number of countries, including the Czech Republic, Bosnia and Herzegovina, Pakistan, Colombia, Peru and Mexico and others, have officially recognized and commemorated Khojaly. Moreover, over 20 U.S. States, including seven states in our Consular district, have recognized and commemorated the Khojaly tragedy,” Aghayev said.

Then a heartbreaking video testimony of Durdane Agayeva, one of the Khojaly survivors, who was taken hostage as a 20-year old girl by Armenian troops and subjected to inexplicable brutality in a torture camp, was screened.

Consul General of Türkiye Sinan Kuzum; former President of Washington States Senate Pam Roach; President of Inglewood Islamic Center Javed Bava; Founding Director of the American Center for Religious Freedom Dr. Jannah Scott; President of Council of Pakistan Adnan Khan; former President of the Assembly of Turkish American Associations Ergün Kırlıkovalı; Rabbi Elchanan Shoff of Beis Knesses Synagogue of Los Angeles; Founder of Kingdom Builders International Church Dr. Charlene Allen; Officiating Head Priest of Zoroastrian Association of California Mobed Zarrir Bhandara; and Associate of JGM International Prayerlife Institute Reverend Robin Kornegay shared their thoughts on the horrors of the Khojaly Genocide and underlined the importance of educating the world about such tragedies to ensure they do not happen again. They also prayed for the victims and survivors of Khojaly as well as for the peace and reconciliation between Armenia and Azerbaijan.

The event ended with the screening of a special composition by Azerbaijani Kamancha master Imamyar Hasanov dedicated to the Khojaly Genocide. 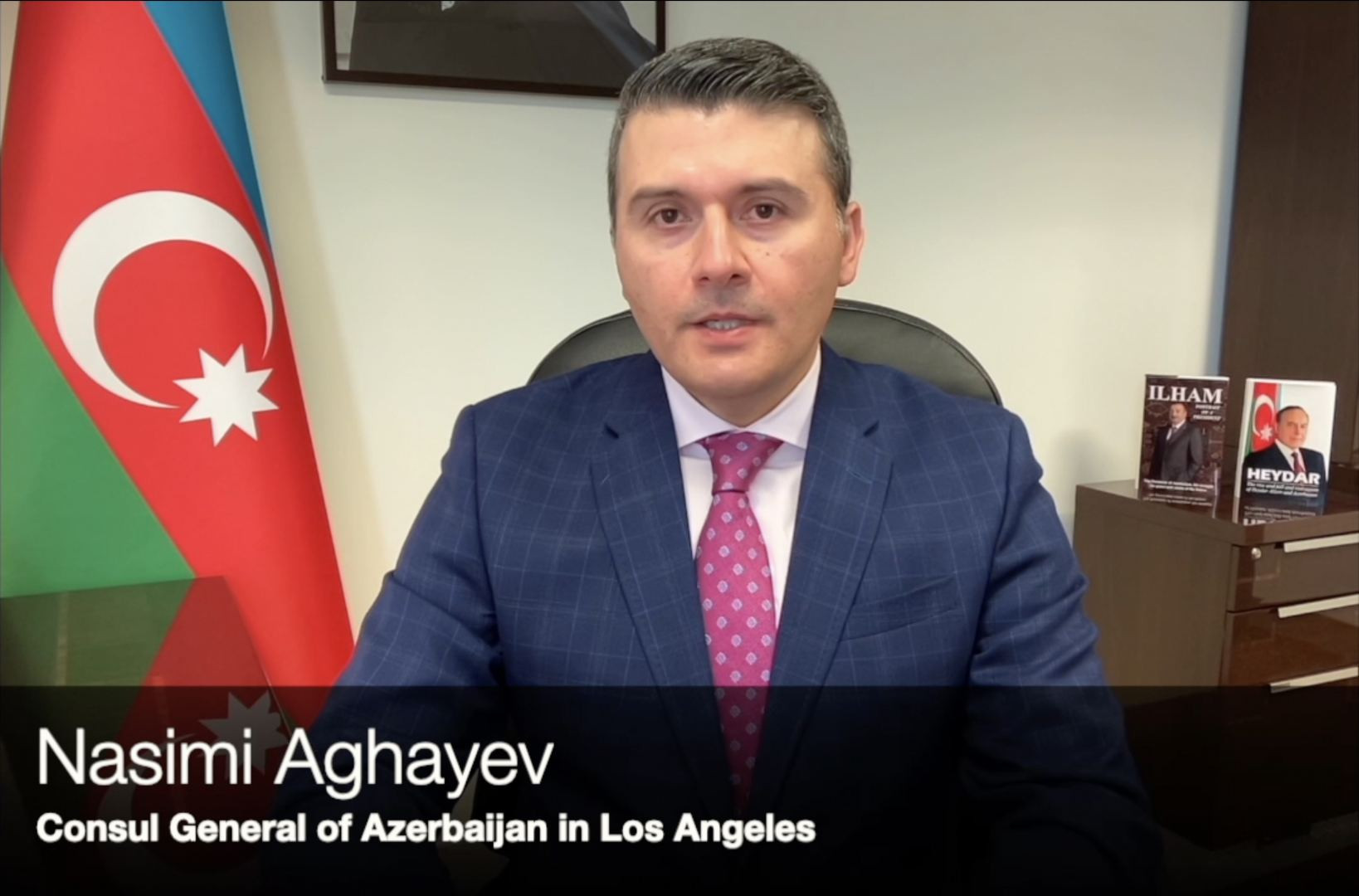 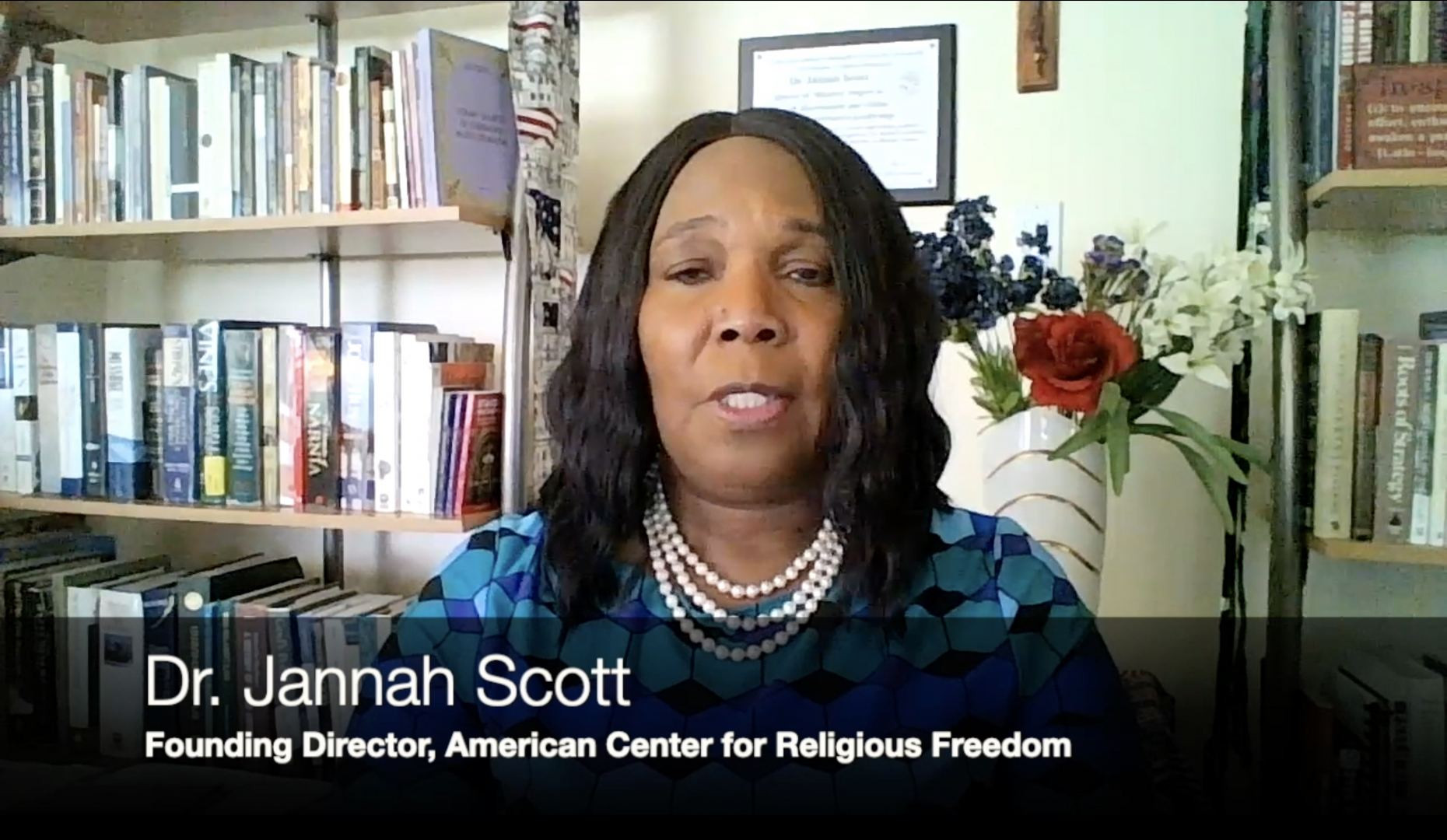 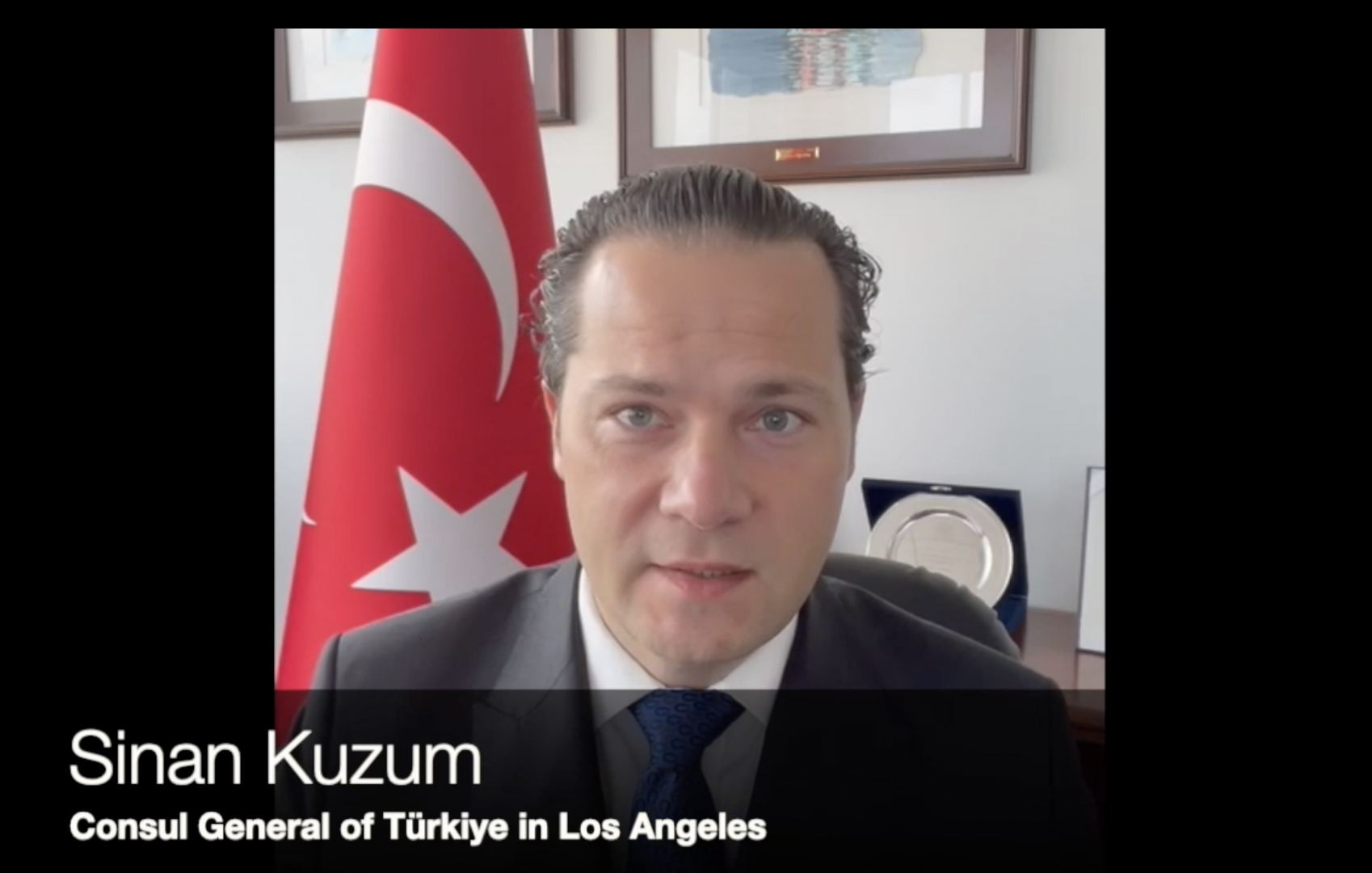 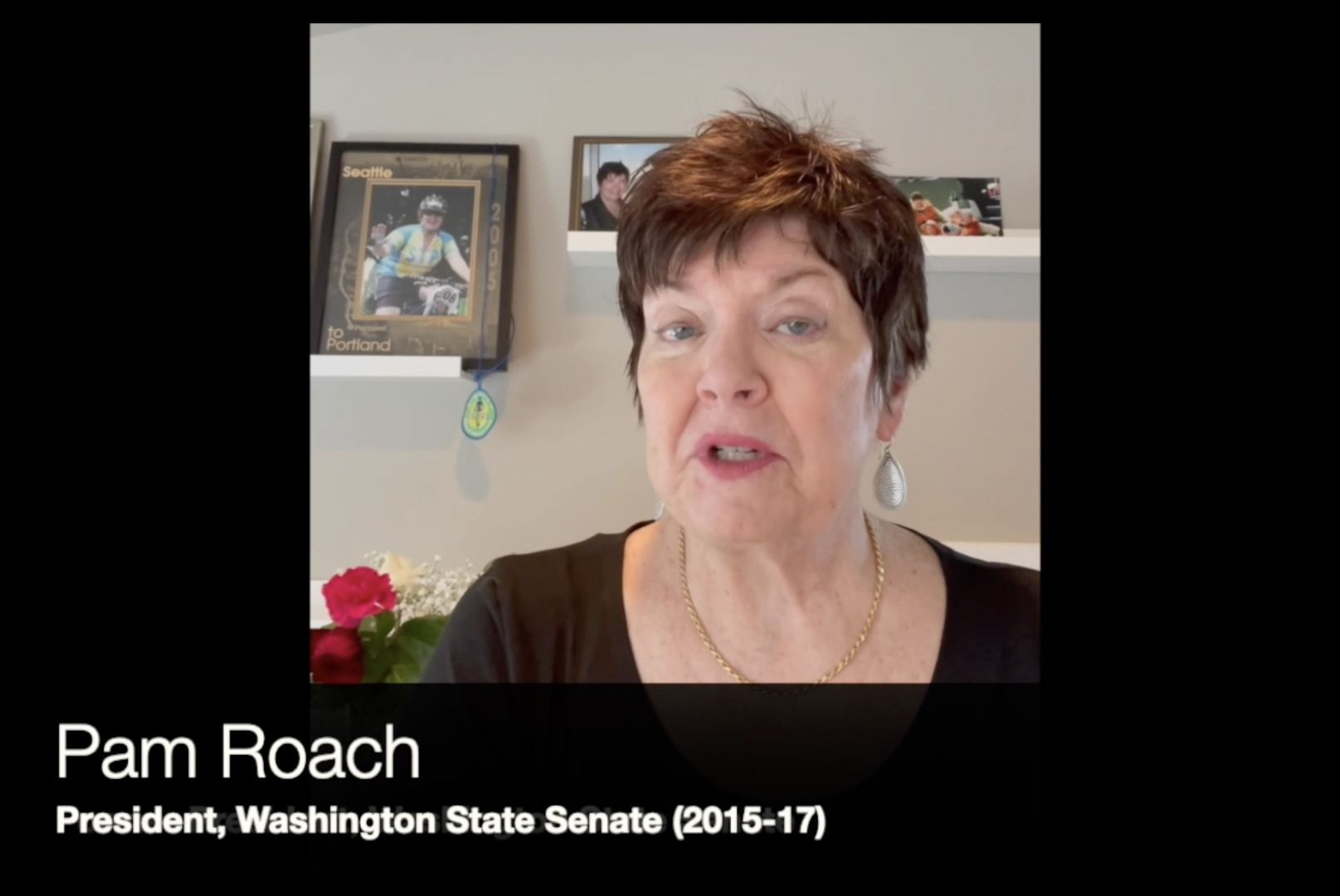