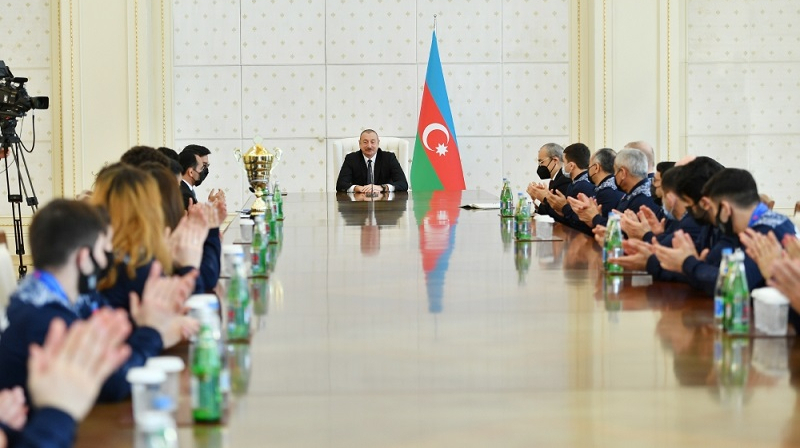 “You represent the winning country today. When we joined major sports competitions as an independent country before, we were a country whose territory was occupied. We had to prove, and we did, that we have the strength and resolve. The skill and capacity we show in international sports arenas will also be shown on the battlefield,” said President Ilham Aliyev as he received members of the Azerbaijani national team participating in the 7th U23 European Wrestling Championships held in Bulgaria.

“In any case, the sports factor has played a great part in educating our people and youth in the spirit of patriotism. Knowing this, I have always tried to maintain a high sense of patriotism among our young people. It was these feelings of patriotism, love and devotion to the Motherland that played the key part in the Patriotic War. Of course, we have a strong army, equipment, weapons and ammunition, but it was the perseverance of our warriors and their devotion to the Motherland that preconditioned our victory. This stems from true patriotism,” the head of state said.